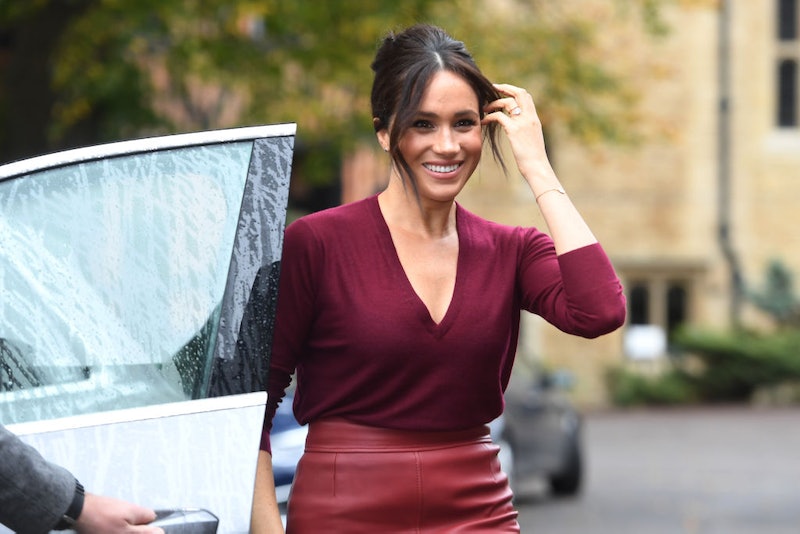 If you’re anything like me, when your birthday comes around, you want to mark it. Forget your birthday, I’ll be taking the entire month of celebrations! It might sound like princess behavior, but it’s excusable. But what do you do if you are literally married into royalty? Meghan Markle, who celebrated her 39th birthday on Aug. 4, provides — as ever — brilliant birthday inspo. So without further ado, here's how Meghan Markle celebrates her birthday.

2020 has been hectic, to put it mildly. Not only did the Sussexes step back from their royal roles, they also moved to Los Angeles in March and have started work on a new charitable trust Archewell. Plus, you know, the pandemic and all that entails. But everything aside, 2020 also marks Markle's first birthday back in L.A. as a mum. According to Hello!, the duchess will celebrate at home (the £15 million mansion owned by Tyler Perry they are currently living in) with Harry, Archie, and her own mum, Doria Ragland. Ragland reportedly moved in with the couple earlier this year, too. As she's a self-confessed foodie, we expect that the celebrations will involve delicious food and perhaps even one of these delightful cakes also. The royal family have sent their best from across the pond via Instagram.

Since Prince Harry and Meghan started dating, her birthdays have been pretty lavish. For her 36th birthday in 2017, the pair decided to go on a romantic getaway to South Africa. Page Six reported that they took a private jet, landing on her birthday for the safari trip. Just a few months later, in November 2017, they announced that they were engaged.

Meghan’s 37th birthday was cause for a double celebration as it fell on the same day as Prince Harry’s childhood friend's wedding day. The pair were pictured at Charlie van Straubenzee and filmmaker Daisy Jenks’ wedding, where Prince Harry was best man.

A year later, the royals had welcomed their son, Archie, in May. By the time Meghan’s 38th birthday came around, he was only 3 months old. She’d already been joined by famous pals, including Serena Williams and actor Abigail Spencer for her baby shower in New York earlier in the year. Her birthday was a more pared back affair, reportedly spent with Prince Harry and their new son at Frogmore Cottage.