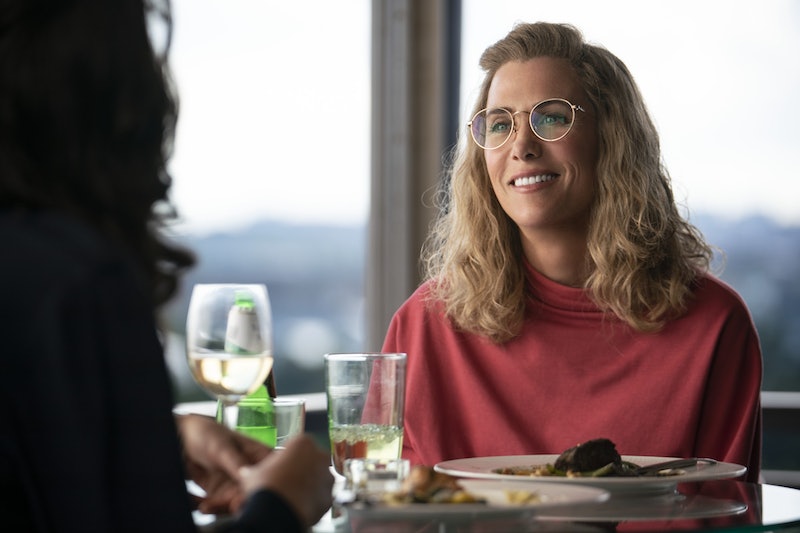 The reviews are in for Wonder Woman 1984 and they're... mixed. Released on Christmas Day and seen as the first big test of how blockbusters will fare in a post-movie theaters world, the superhero sequel has quickly become Twitter's latest obsession. (For better or worse.) While fans are torn on the sequel just about everyone seems to love Kristen Wiig's Wonder Woman character — and there are plenty of memes and tweets to prove it. This article contains spoilers for Wonder Woman 1984.

In the film, which is Wiig's first comic book role, the SNL legend plays Barbara Minerva, better known as the supervillain Cheetah. Barbara is a coworker of Diana Prince, AKA Wonder Woman, and she pretty much worships the ground her statuesque colleague walks on. This leads Barbara down a dark path as she finds herself getting mixed up with evil businessman Maxwell Lord, who uses a mystical artifact to grant Barbara's deepest and darkest wish — to be more like Diana. Eventually, Barbara further alters her wish to transform herself into an "apex predator" (her words), which turns her into a super-strong and fast cheetah-woman, making her an ideal foil for Wonder Woman. The internet, naturally, has thoughts about all of this, and you can see them for yourself below.

Whether you loved Wonder Woman 1984 or you hated it, it's nice that we can all agree that Kristen Wiig as Cheetah is the best thing to happen in 2020.