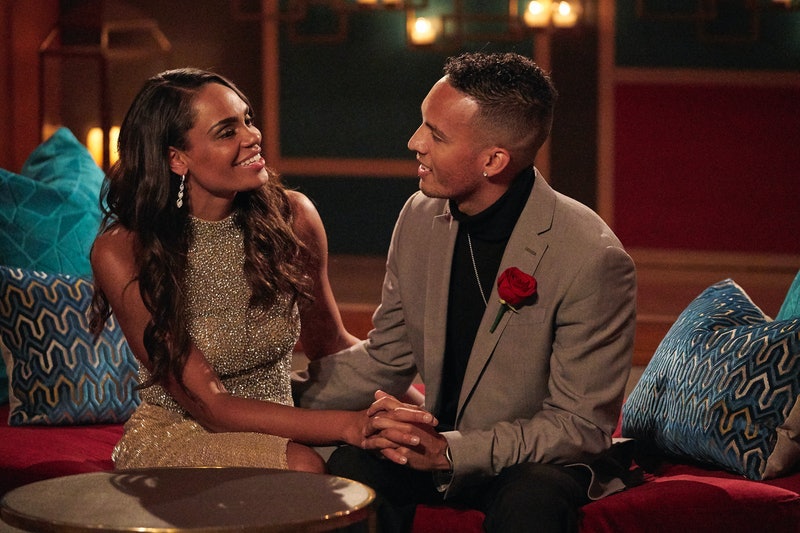 Michelle Young and her three suitors landed in Mexico for overnight dates during the Dec. 14 episode of The Bachelorette. The first man to go on a one-on-one date with her was Brandon Jones, and it started out extremely romantic, albeit somewhat awkward. Brandon wasn’t initially equine-friendly, but, in his words, his “inner cowboy” soon came out, and they took a romantic sunset ride by the shore.

Brandon brazenly professed his feelings during dinner. “I’m in love with you,” he told her without reservation, and he promised he’ll always put her first. In response, Michelle said, “I meant what I said after meeting your family. I am falling in love with you.” Afterward, they spent the night together.

Viewers didn’t see much of what happened that night, but they did lounge in a hot tub as fireworks went off. The following morning, however, Brandon served Michelle breakfast in bed and then proceeded to rub a half-eaten empanada on her face. In turn, she grabbed her breakfast sandwich and rubbed it all over his face, prompting a food fight in bed. The seemingly innocent date quickly turned sour, though, as fans criticized the food waste and their behavior, worrying about the workers who would have to clean up the mess.

One Twitter user captured it well, writing, “This food fight is disrespectful and disgusting. Someone has to clean that up.” That breakfast also had a green smoothie, by the way, and who knows if that factored into the messy aftermath.

Others pointed out that Brandon already seemed young to begin with, and the food fight made him seem juvenile. User deanna_toffales tweeted, “Yes a food fight because he’s 12.”

Speaking about her date with Brandon, Michelle repeatedly mentioned how he felt like her best friend. Shrewd Bachelor Nation fans pointed out that that probably isn’t a good sign. And to follow that with a slumber party-esque activity like a food fight is only cementing Brandon’s place in the friend zone.

And food fight aside, some fans took issue with the fact that Brandon served Michelle breakfast in bed.

Here’s to hoping no other hotel staff members — or empanadas — are disrespected this season.