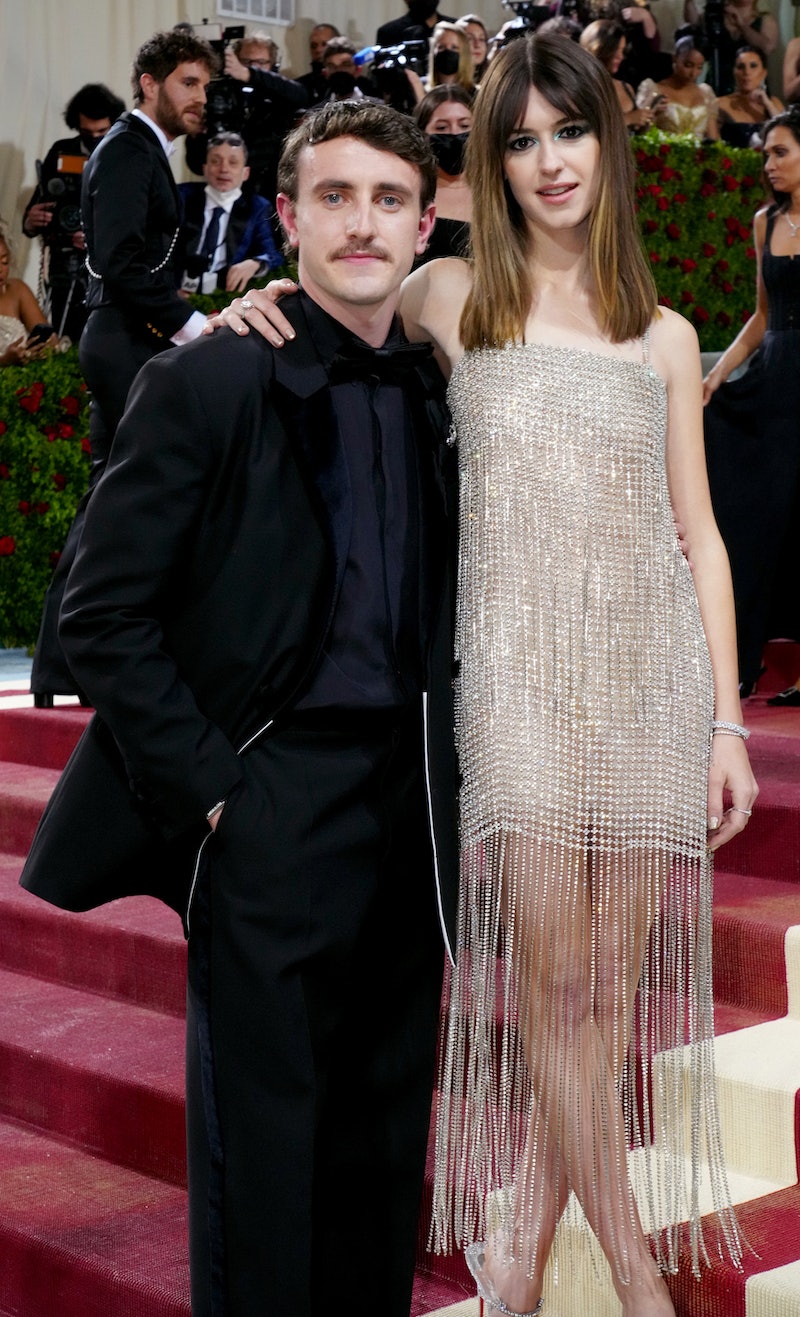 In a parallel universe (we hope!) Connell and Marianne are living it up in New York City as fresh-faced graduates, strutting down Fifth Ave with glimmering golden chains. The BBC’s adaptation of Sally Rooney’s wildly popular novel Normal People might’ve ended on an uncertain will-they-won’t-they cliffhanger, but in the real world, at least, Normal People stans can make do with an IRL Met Gala reunion for the show’s breakout stars Daisy Edgar-Jones and Paul Mescal.

Edgar-Jones channelled flapper fashion in an Oscar de la Renta gown, while Mescal accessorised his ‘tasche with a custom Valentino suit and a Cartier brooch. Posing together on the carpet, the co-stars were joined elsewhere for photos by Mescal’s girlfriend (or rumour has it, fiancée) Phoebe Bridgers, with the indie musician donning a crystal-bedazzled dress by US designer Jonathan Simkhai. After first meeting during a sweet Twitter exchange, and getting to know each other better in an Instagram Live for Wonderland a few months later, the pair seemed inseparable by December 2021, and though they’ve never officially confirmed they’re an item, pictures of them tend to speak a thousand words.

“We’re Met babies,” Mescal said on the red carpet, speaking to Vogue alongside Edgar-Jones. “I’m looking forward to going through those doors and just kind of like, screaming, seriously.”

Since starring in the show, set in County Sligo and Dublin, Edgar-Jones has switched things up in the brilliantly terrifying horror flick Fresh — opposite fellow Met Gala attendee Sebastian Stan — while Mescal starred in Maggie Gyllenhaal’s 2021 directorial debut The Lost Daughter alongside the likes of Olivia Colman, Dakota Johnson, and Jessie Buckley (who incidentally provided one of the stand-out looks this year).