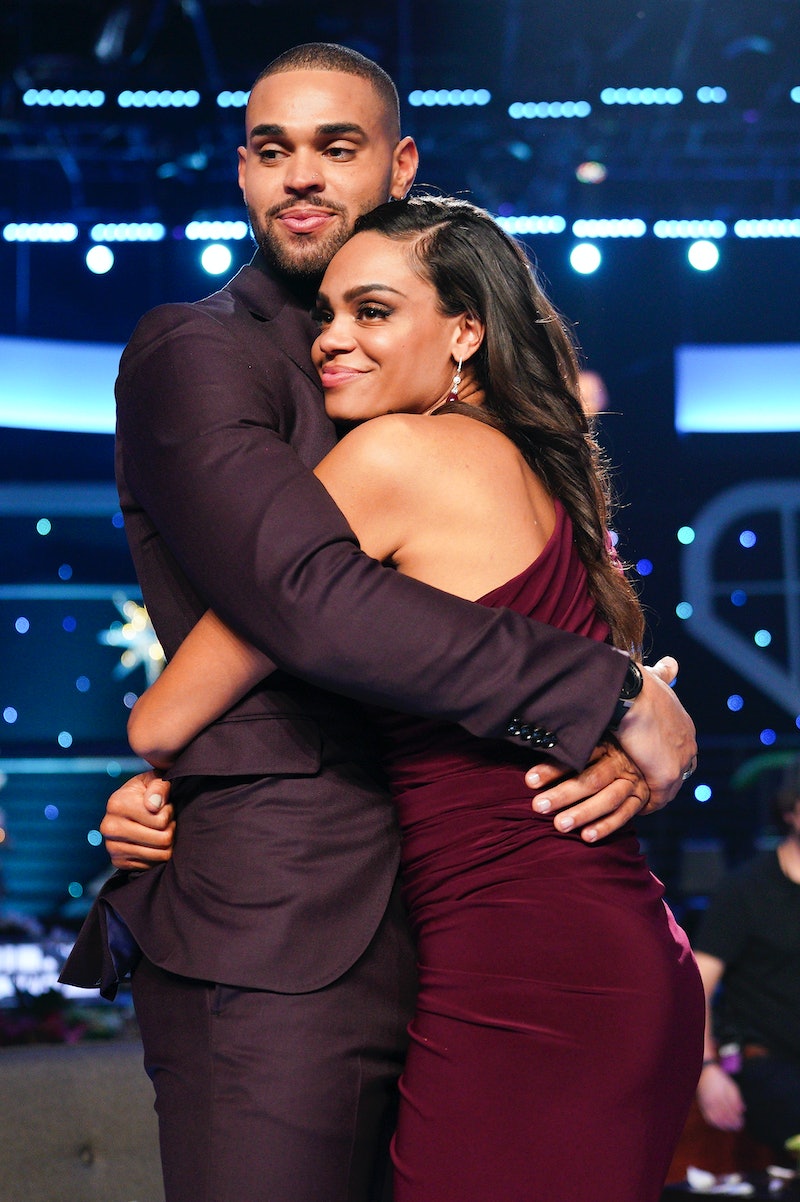 Just days after that emotional Bachelorette finale, Michelle Young and Nayte Olukoya are already going down in history as, perhaps, the franchise’s most festive couple. It all started with that very Christmas-y After the Final Rose special, which featured mistletoe, an appearance from Santa Claus (er, Paulie Claus), and a $200,000 down payment toward their first home — presented, perfectly, in a gingerbread house.

The merry vibes continued days later, when Michelle and Nayte celebrated their first Christmas together — and marked the occasion with the most stylish Santa photos you’ve ever seen (which happen to double as the couple’s first post-Bachelorette snaps). But apparently, it took some persuading to get the former Bachelorette to partake in the classic holiday tradition. “Believe it or not, but I had to drag Michelle’s cute butt to go take a picture with Santa,” Nayte captioned his Dec. 25 Instagram post, which saw him throw up a peace sign in Santa’s lap. Michelle, for her part, flexed that beautiful new ring.

Michelle posted a carousel of the same photo op on her account. “Santa brought my Christmas present a little early this year,” she wrote with a kissing face emoji. “Although he may be regretting it after Nayte REQUESTED to sit on his lap.”

Of course, it’s not that surprising that Nayte was thrilled to meet Santa. He’s a kid at heart, after all — described by ABC as “the life of the party” before dishing out a pun on his first meeting with Michelle: “It’s better Nayte than never.” So even if Michelle was a little reluctant to visit Santa, it’s clear that she’s into Nayte’s fun-loving vibe enough to make a holiday compromise or two.

Elsewhere in Bachelor Nation, familiar faces from Michelle’s season shared their own holiday experiences on Instagram — from Kaitlyn Bristowe, who was excited to return to fiancé Jason Tartick after Bachelorette hosting duties kept her busy, to Brandon Jones, Michelle’s runner-up who spent the holiday with his family in Portland, per his IG story.