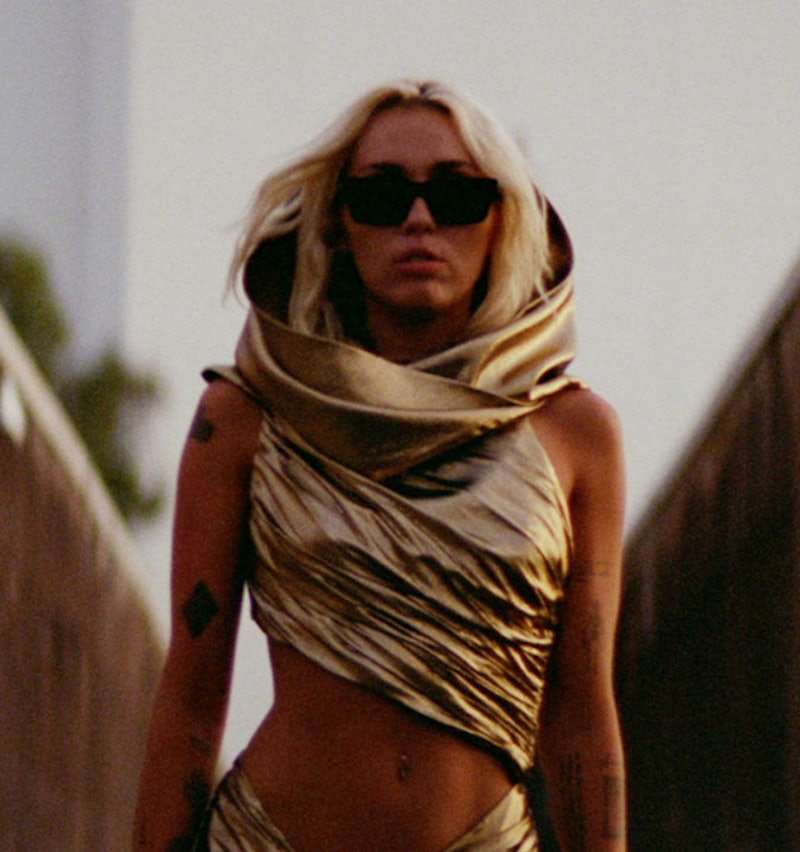 With “Flowers,” Miley Cyrus just may be starting a global movement. The Grammy-nominated singer released her new single “Flowers” on Jan. 13, and fans connected it to her ex-husband Liam Hemsworth before it even came out thanks to her releasing it on his 33rd birthday. The lyrics do little to disprove that it’s about him, with Cyrus singing about their Malibu home that burned in the 2018 Woolsey fires. The self-empowering chorus may also be a direct response to Bruno Mars’ “When I Was Your Man,” which Hemsworth is rumored to have dedicated to Cyrus during their relationship. It all adds up to a certified breakup anthem that Twitter is having too much fun with.

“Flowers” is competing to debut on top of the Billboard Hot 100 after spending days as the most streamed song on Spotify and Apple Music. Even her godmother Dolly Parton is a fan, telling US Weekly that she was “just so proud” of Cyrus. “I don’t know who wrote that, but I have a feeling she had plenty to do with it,” she said. “It was her story if not her actual writing.”

For a breakup song, “Flowers” is relatively tame, focusing more on Cyrus’ journey of healing and encouraging fans to buy themselves flowers rather than tearing Hemsworth apart. However, that’s not stopping fans from poking fun at him anyways, with some even comparing him to the oft-maligned ex (Jake Gyllenhaal) of another famous pop star (Taylor Swift).

Other fans simply focused on the song, celebrating its incoming success and praising Cyrus for giving them new self-love mantras.

Fans also couldn’t help but notice a very apt comparison to a scene from Wizards of Waverly Place, in which Cyrus’ former Disney Channel alum Selena Gomez’s character discovers that someone put flowers in her locker. Her secret admirer? Herself.

While “Flowers” may be about Hemsworth, its true message is that Alex Russo walked so Cyrus could run.