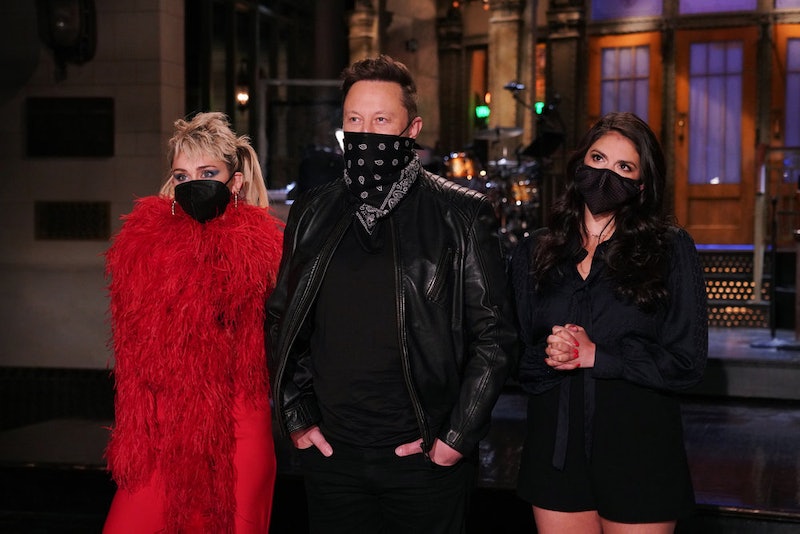 ROSALIND O'CONNOR/NBC
By Grace Wehniainen
May 9, 2021

In lieu of a traditional cold open, the May 8 episode of Saturday Night Live kicked off on an emotional note with a Mother’s Day performance by Miley Cyrus. The singer opted for a cover of godmother Dolly Parton’s “Light of a Clear Blue Morning,” which was interspersed with live clips of the SNL cast with their own moms.

The moms’ interactions with their SNL-star children ranged from sweet to hilariously heartfelt. Aidy Bryant’s mom gave a shameless shoutout to Season 3 of Shrill, her daughter’s Hulu show; Kyle Mooney’s reminded him that a trip to SNL didn’t count as a Mother’s Day gift; and Kenan Thompson’s proved that she was the person who taught her son his iconic reaction faces.

All the cast and their moms joined Cyrus for the conclusion of her song, after which she wished a happy Mother’s Day to her godmother, Parton, and her mom, Tish. After the sweet performance, Cyrus went back to her current repertoire with “Without You,” her remix with The Kid Laroi (as Cyrus wrote on Instagram, it was the pair’s first time performing it live together), and her single “Plastic Hearts” for her final song. For many fans, the triple-dose of music was a major highlight of the episode.

Cyrus is a familiar fixture on SNL, having performed several hosting and musical guest gigs over the last decade. Musk, of course, was new to the scene — so Cyrus naturally poked some fun at him during the lead-up to the May 8 episode. In one post, she joked about her very relatable confusion surrounding all things Dogecoin.