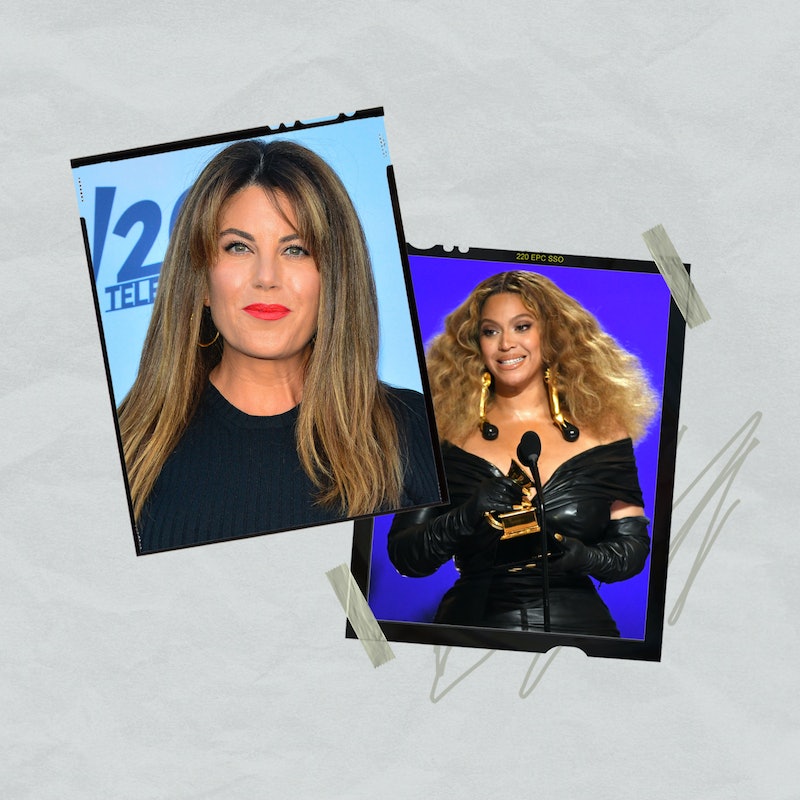 Beyoncé’s new album, Renaissance, hasn’t been out for a full week yet — but already, the musician is carrying out several changes to her latest set of songs. First came “HEATED,” a song that references Beyoncé’s Uncle Jonny that originally included the lyrics “sp*zzin’ on that a**.” After listeners called out the ableist slur, Beyoncé’s team told Variety that the line, “not used intentionally in a harmful way,” would be changed. Today, the new version replaces the word with “blastin’.”

After Kelis criticized Beyoncé for interpolating her song, “Milkshake,” in “ENERGY,” Rolling Stone reported that Beyoncé edited the song to remove the motif on several platforms, so far.

There’s actually another call for Beyoncé to change her music, too — not Renaissance, but the musician’s 2013 self-titled album. Responding to a tweet about the “HEATED” lyric change, Monica Lewinsky wrote “uhmm, while we’re at it... #Partition.”

The Beyoncé song in question name-drops the public figure in one verse about a sexual encounter — specifically, Beyoncé sings that her partner “Monica Lewinsky’d all on my gown,” a reference to Lewinsky’s affair with former President Bill Clinton.

Soon after tweeting her suggestion, Lewinsky fielded reactions from several users — including one, @SwoleWorld, who questioned the timing of her callout when “rappers been disrespecting [her] name” for a long time, now.

“it’s actually not the 1st time i’ve said anything— maybe just 1st time you + the other folks have heard it,” Lewinsky tweeted. “usually i reference this poking fun at myself (eg rap muse or see tedtalk below)… beyoncé’s use was most disappointing cuz i was a fan.”

In her 2015 Ted Talk, Lewinsky referenced the “almost 40 rap songs” that mention her name — and discussed the modern problem of “technologically enhanced shaming” via the internet.

“The echo of embarrassment used to extend only as far as your family, village, school or community,” she said. “But now, it's the online community too. Millions of people, often anonymously, can stab you with their words, and that's a lot of pain.”

Lewinsky also addressed the “interesting” and “fair” point raised by another Twitter user, @JaynayChanel, who asked if she had contacted Beyoncé “before [she] saw all the heat.”

“no, i haven’t,” confirmed Lewinsky, pointing out that she did discuss “Partition” in her 2014 Vanity Fair article, however.

“Thanks, Beyoncé, but if we’re verbing, I think you meant ‘Bill Clinton’d all on my gown,’ not ‘Monica Lewinsky’d,’” Lewinsky wrote at the time.

She also responded to a tweet questioning the term “rap song muse” in her Twitter bio. “yup… this is how i deal with things that hurt/disappoint— i try to find the humor in it,” Lewinsky wrote, adding that she “was a beyoncé fan til partition.” Beyoncé’s team has not responded to Lewinsky’s latest comments.

More like this
Beyoncé Removes The “Milkshake” Sample From “ENERGY” After Kelis Called Her Out
By Jake Viswanath
Beyoncé’s New Duet Made Her Mom Cry — & Is A Nod To An Old Destiny’s Child Song
By Grace Wehniainen
Beyoncé Sent Flowers To “Masterpiece Genius” Madonna After The “BREAK MY SOUL” Remix
By Grace Wehniainen
Beyoncé Is The First Woman To Have A No. 1 Album Since Adele Did Almost A Year Ago
By Radhika Menon
Get Even More From Bustle — Sign Up For The Newsletter