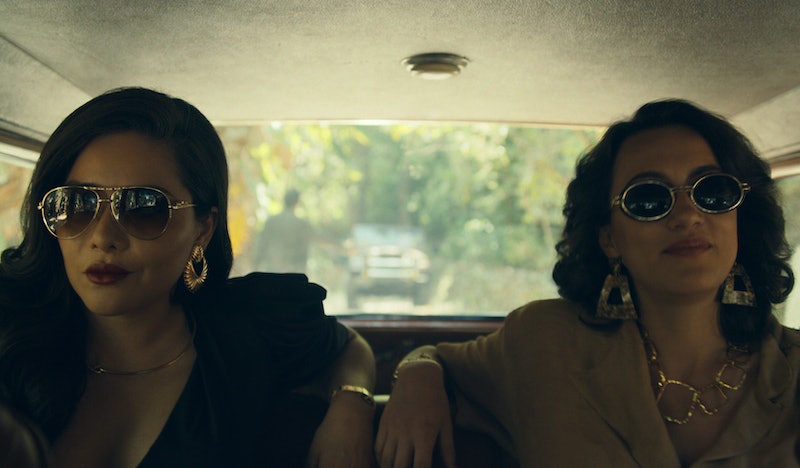 Although most of the characters in Narcos: Mexico are based on real people, information — and photos — of these real-life drug lords is few and far between. Fortunately, there are a few photos of the people who inspired the Narcos: Mexico characters to give audiences some historical context when Season 3 premieres on Friday, Nov. 5.

The central villain in Narcos: Mexico so far has been Miguel Ángel Félix Gallardo (Diego Luna), who tortured and murdered Kiki Camarena at the tail-end of Season 1. Félix Gallardo (pictured here) was ultimately apprehended in April 1989, per the New York Times, and is still serving time in prison. In August 2021, the drug lord gave his first interview since his conviction, revealing his failing health while also claiming his innocence. In Season 2 of Narcos: Mexico, viewers witnessed Félix Gallardo sentenced to prison.

Scoot McNairy, who joined the cast in Season 2 as Walt Breslin, also returns in Season 3. McNairy’s character is based on a composite of DEA agents investigating Camarena's death. (One of the most notable real-life agents on the case was Hector Berrellez, who was recruited to run Operation Leyenda in January 1989, according to LA Weekly.)

Here are some of the other Narcos: Mexico cast members you may remember, along with their real-life inspirations.