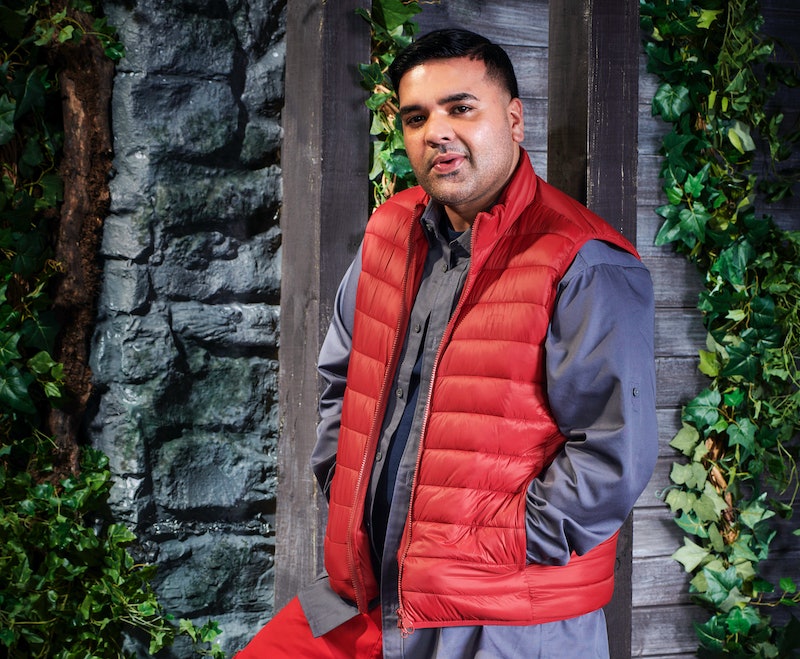 It’s that time of year, gang. I’m A Celebrity...Get Me Out Of Here kicked off on Nov. 21 and there’s already trouble in the camp. (Well, you know... “trouble”.) The culprit? Music producer Naughty Boy. His crime? Smuggling spices into the castle in a bid to make the rice and beans around the campfire a little bit more palatable. And honestly, who can really blame him?

However, following their defeat Naughty Boy revealed in a VT, “Before I left, I grinded some spices that could make rice and beans actually taste a bit nice so what I did, I put it in my sock. There’s cumin seeds, cloves, turmeric, coriander seeds. If you could smell this. Wow. And black peppercorns.”

He presented his treasures to his fellow campmates and said, “‘I had whole organic spices so I crushed some and I put it in cling film and I put it in my sock. I thought I was going to add it to the rice and beans and make it taste better but I asked them if it was OK if I used a bit because we’re suffering enough as it is and they confiscated it.”

His fellow campmates appreciated his attempt, though. Richard Madeley said “it was really good” of him to “think of us like that.”

And though it might seem like a pretty ingenious idea, Naughty Boy’s isn’t technically the first to attempt to bring some flavour into the camp. In 2019, actor Cliff Parisi admitted that he took salt and pepper into camp to season his rice and beans with. In 2010, TV chef Gino D'Acampo admitted that he snuck food into the jungle, too. In the same year, Gillian McKeith attempted to get rock salt, garlic powder, and soup into the jungle in secret compartments in her knickers.

“If you ask my mum, eating bland food is like a crime, but clearly none of that matters to you,” said Naughty Boy, relinquishing his contraband. Cannot blame him for trying.