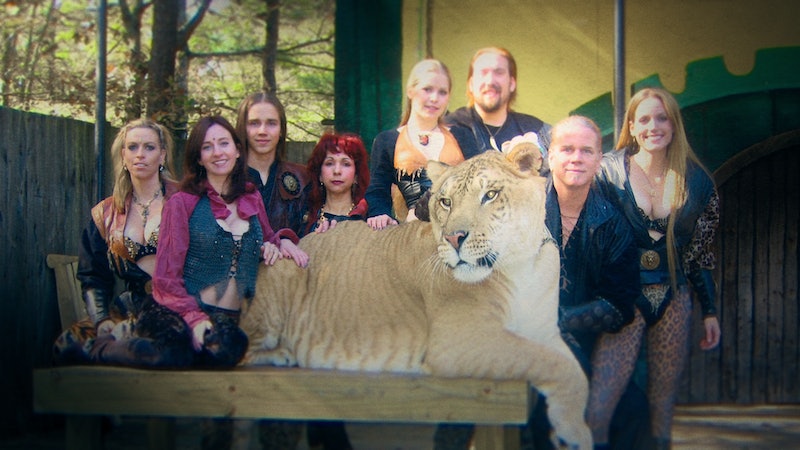 When Tiger King first debuted on Netflix in March 2020, the true-crime docuseries about the life of former zookeeper and convicted felon Joe Exotic was all anyone could talk about. But its initial seven episodes arrived amid the onset of lockdown, when people were merely seeking distractions from the real world’s uncertainty. Netflix’s subscribers tuned in, and Tiger King quickly became one of the platform’s most-watched releases.

The series’ immense fanfare led several other networks and production companies to green-light narrative projects based on Tiger King, and Netflix quickly began producing more episodes. Released on Nov. 17, Season 2 was met with mostly negative reviews as well as a lawsuit from two of its subjects, Carole and Howard Baskin. While audiences seem to have had enough, the streaming service just announced yet another installment of the documentary. Here’s everything you need to know about the forthcoming Tiger King: The Doc Antle Story, including its plot, cast, trailer, and release date.

Animal trainer and private zoo operator Doc Antle, born Mahamayavi Bhagavan Antle, was a major focus of Tiger King for his position as founder and director of The Institute for Greatly Endangered and Rare Species (T.I.G.E.R.S.) and Myrtle Beach Safari in Myrtle Beach, South Carolina. His facilities are described as a personality cult in the series, and Antle’s garnered criticism from animal rights and conservation groups for his role. He’s faced over 35 USDA violations for animal mistreatment, and Exotic has accused him of murdering tigers via gas chambers to free up space for breeding. In 2020, Antle was indicted on 15 charges of wildlife trafficking and animal cruelty.

Tiger King: The Doc Antle Story will explore his nearly 40-years in the wildlife industry, complete with controversies, lies, and abuses of power. Through archival footage and exclusive interviews with acquaintances, witnesses, and past lovers, the three-part special features disheartening stories about his shady and predatory ways. “We have a fabulous facility with quality environments for the animals,” Antle says in the trailer. “There’s nothing to see here except success, understanding, and a team of people who make it their life.”

Fans can certainly expect to see footage of Antle himself throughout the series, and while it’s not yet confirmed, it’s likely that Exotic and Baskin will make appearances as well. However, specific subjects directly interviewed for the special are currently unknown.

Considering he wasn’t pleased with his portrayal in Season 1 of Tiger King, don’t expect Antle to sit for an exclusive interview for the new documentary. “This is not a documentary. This is a salacious, outrageous ride through a television show produced to create drama, to just tie you in to some crazy train wreck of a story between the feud of Carole Baskin and Joe Exotic,” he said in response to the series, via People. “Questions about Carole and Joe were a dozen or so thrown into hundreds of others. And I repeatedly told them, I have no desire to be involved in some show where you got the feud of Carole and Joe going on. It's not my thing. Leave me out of it.”

Netflix released the first trailer for Tiger King: The Doc Antle Story on Dec. 3, and the clip promises several interviews with never-before-heard subjects set to reveal stories about Antle and his actions.

Alongside the trailer’s debut, the streaming service revealed all three episodes will hit the platform on Dec. 10.

More like this
Move Over, 'Sunset'! The Drama-Filled Trailer For 'Selling The OC' Is Here
By Nola Ojomu
Everything We Know About Chèrie & Jessey’s Abrupt Exit From Bling Empire
By Alyssa Lapid
G Flip Shared How They Got Romantic With Chrishell Stause & Discussed Babies
By Brad Witter
Bling Empire Isn’t Dorothy Wang’s First Reality TV Gig
By Brad Witter
Get Even More From Bustle — Sign Up For The Newsletter