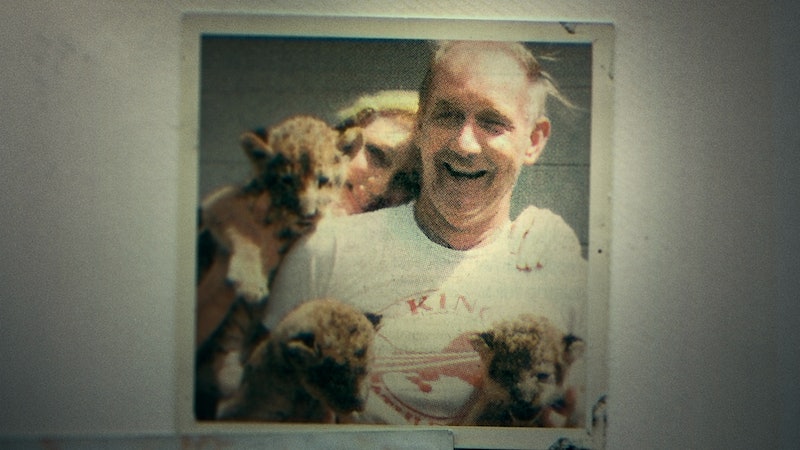 America’s most notorious big cat owners are back in Tiger King 2. With Joe Exotic still in prison, the new episodes delve more into the backstories of controversial figures like Jeff Lowe, Tim Stark, and Carole Baskin’s missing husband, Don Lewis — who it’s revealed had a number of shady connections himself.

The series’ first season found massive success largely because of its timing. It was released at the beginning of lockdown, while audiences were anxious, bored, and eager to have a wild, shared viewing experience. The show was reportedly watched by 34.3 million viewers, spawning a number of hilarious tweets and memes along with a Saturday Night Live sketch and a Joel McHale-hosted catch-up special.

Tiger King 2, however, doesn’t seem to have hit as strongly. Amelia Tait wrote in her review for Wired that the new episodes lack “substantial” discoveries and seem to just revel in “chaos for chaos’s sake.” There also appear to be significantly less people talking about the show on social media, though that could change over the weekend. Nonetheless, new memes have already started to appear.

A major topic of discussion in Season 2 is Don Lewis, who the series suggests could be alive and living in Costa Rica under a new name, based on an anonymous source who claimed to have found a Homeland Security report. (Or not — the show also notes that Lewis had plenty of enemies who could have killed him in Costa Rica.)

“I was a bit shocked at how resounding the public court of opinion was on Carole [Baskin]," series co-director Rebecca Chaiklin said in a Netflix press release, per Wired. "I thought it was really important that we do a deeper dive and get a better understanding of her narrative and her missing husband’s narrative in order to examine who else could have potentially been culpable in his disappearance.”

Many fans were taken aback by Lewis’ past. The documentary alleges that he was a pedophile, and that he was allegedly involved in sex trafficking.

This led some viewers to reconsider how they viewed Baskin — who many have speculated was involved in Lewis’ disappearance despite her being ruled out by law enforcement — in Season 1.

Folks also couldn’t get over the fact that Lewis’ daughters hired a “psychic detective” to prove Baskin was guilty. In the show, the psychic gets emotional about an empty chicken container left at the spot he says Lewis was murdered “from behind” in 1997. “Did you guys notice I’ve been talking about chicken all day?” he says through tears.

Others were taken aback by the reveal that Joe Exotic was briefly a cop.

And there were plenty of thoughts about Exotic’s prison haircut.

Of course, there are also viewers who flat out refuse to watch the show, as it’s both ethically murky and a reminder of how long the pandemic has been going on.

While many know that Tiger King is about despicable people doing despicable things yet can’t help but watch anyway.

More like this
The Dog & His Handler In 'Gunther’s Millions' Are Worth, Well, Millions
By Gretchen Smail
Twitter Is Burning As Phoebe Dynevor Reveals Daphne’s 'Bridgerton' Exit
By Sophie McEvoy
You Might Want To Rewatch This Key 'On My Block' Scene To Understand 'Freeridge'
By Grace Wehniainen
The 'Freeridge' Cast Shared Their Hopes For A Potential Season 2
By Grace Wehniainen
Get Even More From Bustle — Sign Up For The Newsletter
From hair trends to relationship advice, our daily newsletter has everything you need to sound like a person who’s on TikTok, even if you aren’t.