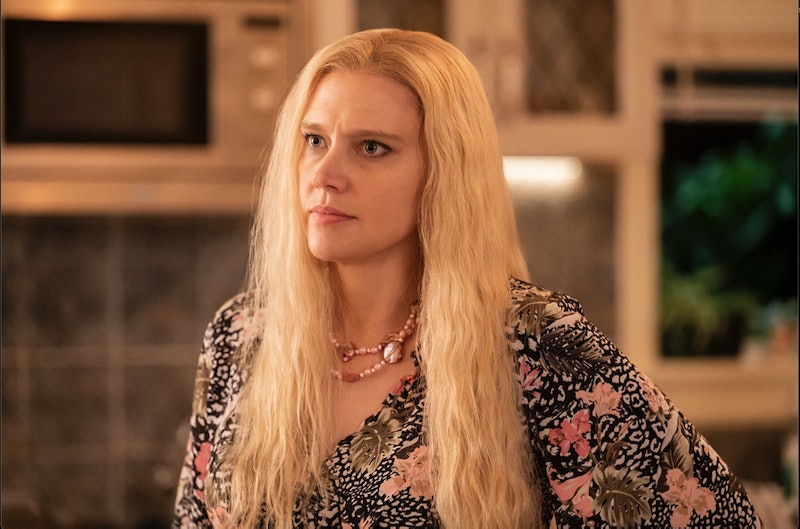 When the docuseries Tiger King: Murder, Mayhem, and Madness first hit Netflix two years ago, viewers were riveted by the kooky characters. While its highly-anticipated second season dropped last November, another take of the eccentric “Tiger King” character is on the way, too. Formerly titled Joe Exotic, Peacock’s new limited series will now be called Joe vs Carole — which, of course, sounds all the more dramatic. Though it was initially slated for TV broadcast with NBC, as of May 13, 2021, the show is now exclusive to the company’s streaming service. Here’s everything we know about Peacock’s Joe vs Carole so far, including the trailer and release date.

The drama series will be based on the Wondery podcast Joe Exotic: Tiger King hosted by journalist Robert Moor. It goes deep into the beginnings of and rivalry between Joe Exotic and Carole Baskin, whom audiences met in the Netflix docuseries. When fellow cat-lover and Big Cat Rescue cofounder Baskin finds out that Exotic is breeding exotic cats for profit, she tries to shut down his operation. Unfortunately, she has an alleged dark past of her own, and Exotic attempts to expose her supposed hypocrisy. Dangerous felines, crimes, and two sort-of fashion icons — one in a mullet, one in a flower crown — facing off make this drama a must-watch.

Their real-life feud is still unfolding today, culminating in legal battles that Baskin seems to be winning. In January 2020, Exotic was sentenced to 22 years in prison for 17 counts of wildlife-related crimes and two counts of attempted murder-for-hire against Baskin. In June 2020, Baskin reportedly gained control of Exotic’s zoo from a trademark infringement case she sued him over. However, she’s since sold the property.

Susan Rovner, chairman of entertainment content at NBC Universal Television and Streaming, reportedly said, “Joe Exotic is shaping up to be a bold and provocative drama.” Etan Frankel (Shameless) is writing and producing the show alongside Wondery’s Hernan Lopez, Marshall Lewy, and Aaron Hart. The first four episodes will be directed by Justin Tipping (Flatbush Misdemeanors).

The Joe Vs Carole Cast

In November 2019, Saturday Night Live’s Kate McKinnon was cast as activist-slash-villain (depending on how you see it) Baskin. The Emmy-winning actress was the first name to be attached to the project. In July 2021, it was announced that Kyle MacLachlan of Desperate Housewives, Sex and the City, and Twin Peaks fame would star as Baskin’s ever-supportive third husband, Howard Baskin. As for Baskin’s daughter, Jamie Murdoch, Marlo Kelly (Dare Me) will fill the role.

John Cameron Mitchell (Hedwig and the Angry Inch) bagged the role of Joe Exotic in April 2021. Per The Hollywood Reporter, the Tony-award winner was apparently “thrilled” to play the “modern folk antihero,” adding, “Joe and I are the same age, and like him, I grew up queer in Texas, Oklahoma, and Kansas, so I feel like I know a little bit about this guy and his desperate attempt to conquer an inhospitable world.” Calling it a “chance of a lifetime” to People on Nov. 11, Mitchell teased the show. “This adaptation is going to surprise people because you really see the two leads as real people,” he said.

The Joe Vs Carole Trailer

On Jan. 21, 2022, Peacock revealed the new title for the Joe Exotic series, Joe vs Carole, as well as a teaser featuring a first glimpse at the series — and all those amazing costumes. “The story you know,” the teaser says, “was only half the tale.”

On Thursday, Feb. 3, Peacock finally released Joe vs Carole’s official trailer. While there are more leopard print outfits than actual felines in the clip, it features some explosive, albeit confusing, fictional details surrounding Baskin and Exotic’s “war,” including a bonfire, firearms, and blow-up dolls. The trailer, which takes viewers into Baskin and Exotic’s homes, depicts them becoming consumed with destroying each other and navigating their “stranger than fiction” and catty (sorry, had to) rivalry.

Toward the end of the trailer, Exotic can be seen preparing for his documentary and being told, “This is a show. I can sell this. America is gonna love you.” Thanks to McKinnon’s deadpan delivery, the trailer also has some humorous moments, which pair well with the “larger than life” story.

The Joe Vs Carole Release Date

You will be able to watch all episodes of Joe vs Carole on Peacock Thursday, March 3.

While there have been talks about multiple Joe Exotic projects, it seems like some of them are on pause or canceled altogether. Amazon was supposed to release its own version with Nicholas Cage, but it was recently shelved. Explaining the decision to Variety, the actor revealed that “[Amazon] felt at one point that it was lightning in a bottle, but that point has since faded into the distance, and it’s no longer relevant." Meanwhile, there are no updates on the rumored Ryan Murphy-Rob Lowe tandem and whether that’s pushing through.

Still, another season of the Netflix docuseries did recently drop — but Baskin is not happy with the platform’s portrayal of her. So much so that on Nov. 1, she filed a lawsuit against Netflix. She and her husband also filed a motion for a temporary restraining order that, if approved, would prohibit “any use of film footage of the Baskins and the Big Cat Rescue sanctuary in Tiger King 2 or in any related promotion or advertising.”

Still, Baskin had a request for the Peacock production: Use CGI instead of live animals. In a statement she released last March, she wrote, "Big Cat Rescue implores Kate McKinnon to not use real big cats and cubs in the making of her series,” adding that she hopes McKinnon “has a passion for animals” and “that her series will focus on the horrible lives captive big cats lead when exploited by breeders like Joe Exotic.”

This post will be updated as more details are released.

This article was originally published on June 3, 2021.

More like this
Andy Cohen Apologized To Larsa Pippen After A 'RHOM' Season 5 Reunion Dust-Up
By Brad Witter
Hallmark’s The Way Home Is Like 'This Is Us' Meets 'Back To The Future'
By Grace Wehniainen
'The Crown' Season 6 Has Suspended Filming "Out Of Respect" For The Queen's Death
By Bustle Staff
Everything To Know About 'The Real Housewives Ultimate Girls Trip' Season 4
By Jake Viswanath
Get Even More From Bustle — Sign Up For The Newsletter
From hair trends to relationship advice, our daily newsletter has everything you need to sound like a person who’s on TikTok, even if you aren’t.