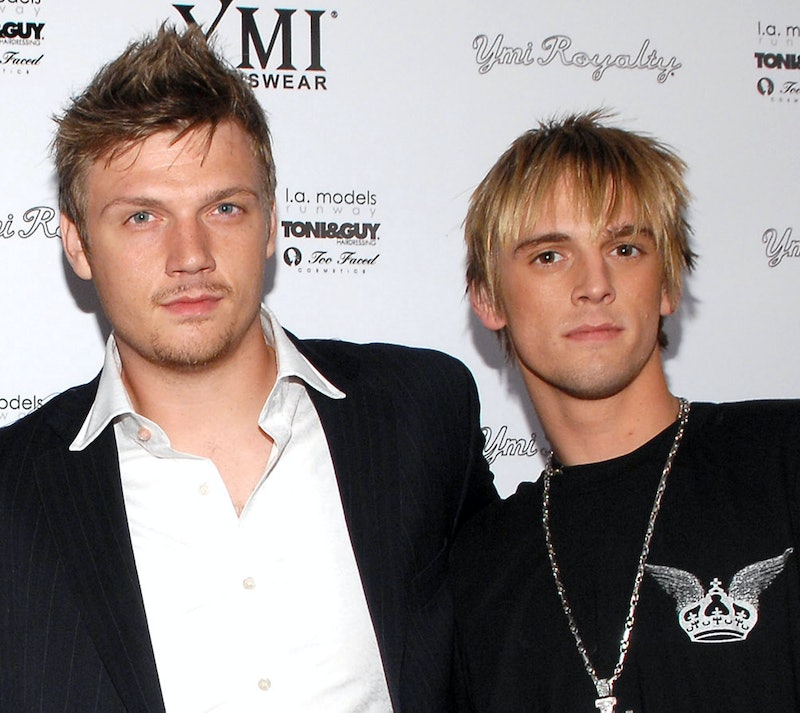 Trigger warning: this article references substance use and mental illness.

Backstreet Boys member Nick Carter is remembering his younger brother Aaron Carter, who died in November 2022, with an emotional new song. The brothers both rose to fame in the late 1990s/early 2000s as singers and pop icons but had a strained relationship in recent years. Nick’s new song “Hurts to Love You” details their difficult brotherhood, including his hopes for Aaron’s recovery from a years-long battle with drug use and mental illness.

“Always hoped your tomorrows / Would be better than the days before / I hoped you'd find your road to follow / To a place you were happy in this world,” Nick sings in the song’s bridge. “Cause it hurts to love you but I love you still / Miss you with all my heart, you know I always will.”

Aaron was found dead in his Southern California home on Nov. 5 at 34 years old. Music industry sources told TMZ that Nick began working on this song shortly after the news broke. “Despite their complicated relationship...the song expresses Nick's unconditional love for Aaron and his heartbreak over his brother seemingly never finding peace in his life,” the sources told the outlet. An accompanying music video is also expected to be released shortly, which will feature never before seen clips of Nick and Aaron’s childhood.

Nick previously shared a written tribute to his brother on Instagram referencing their “complicated relationship” and the underlying love he had for his younger brother. “I will miss my brother more than anyone will ever know. I love you Chizz. Now you can finally have the peace you could never find here on earth….God,Please take care of my baby brother,” he wrote at the time.

Nick will perform the song for the first time at the Jan. 18 “Songs for Tomorrow” charity event he is organizing in Aaron’s honor with Aaron’s twin sister Angel. The event will support the children’s mental health organization On Our Sleeves. Nick previously paid tribute to his late brother while on tour with the Backstreet Boys in London.

More like this
Cruz Beckham Teased New Music With An Adorable Nod To Mom Victoria Beckham
By Stephanie Topacio Long
Twitter Can’t Believe The Madonna Biopic Is Scrapped & Fans Have A Solution
By Alyssa Lapid
Hilary Duff's Husband Matthew Koma Has Her Name Tattooed On His Butt
By Jake Viswanath and Stephanie Downs
Prince Harry Incorrectly Recites Christina Aguilera’s “Genie In A Bottle” Lyrics
By Jake Viswanath
Get Even More From Bustle — Sign Up For The Newsletter
From hair trends to relationship advice, our daily newsletter has everything you need to sound like a person who’s on TikTok, even if you aren’t.