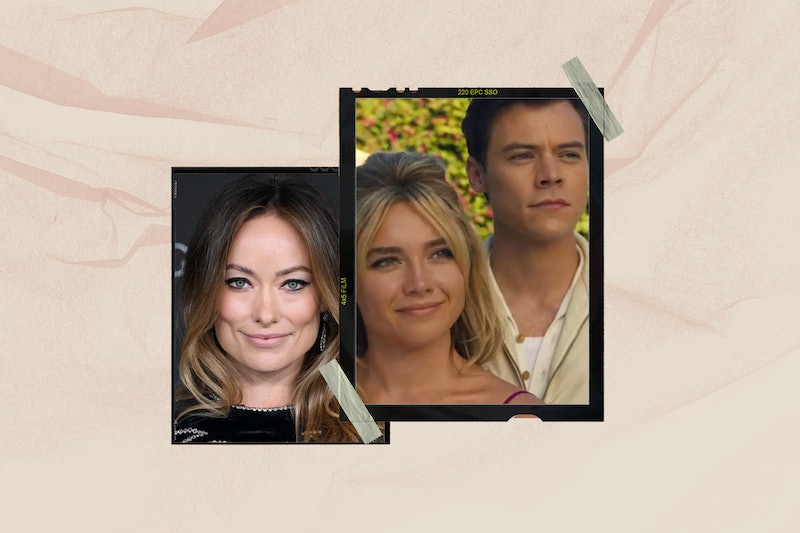 Following mounting speculation on social media, Olivia Wilde has addressed rumours of a pay gap disparity between Don’t Worry Darling co-stars Harry Styles and Florence Pugh. Reports that claimed Styles was paid $2.5 million (£2.12 million) for his role, while Pugh received just $700,000 (£592,000). In a new interview with Variety, Wilde — who directs, produces, and stars in the film — set the record straight.

“There has been a lot out there that I largely don't pay attention to,” the actor explained. “But the absurdity of invented clickbait and subsequent reaction regarding a nonexistent pay disparity between our lead and supporting actors really upset me.”

“I'm a woman who has been in this business for over 20 years, and it's something that I have fought for myself and others, especially being a director,” she continued. “There is absolutely no validity to those claims.”

Don’t Worry Darling, which also stars Chris Pine, centres on a young married couple in the 1950s, who embark on a new life within a utopian experimental community. In the film, Pugh plays the character of Alice Chambers — a devoted housewife to her husband Jack (Styles), who begins to grow increasingly suspicious of his line of work and the town in which they reside, where nothing is as it seems.

Wilde previously shone praise on the cast of the psychological thriller. Speaking to Variety, the director commended Pugh’s ability to “turn it on.” She continued, “it’s incredible these actresses who can pull that off, just always blow my mind, like Florence Pugh... She’s the same. It’s something that is suggestive of a lack of ego in the process.”

Meanwhile, Wilde also had nothing but praise for Styles, writing on Instagram back in Feb. 2021, “Not only did [Styles] relish the opportunity to allow for the brilliant @florencepugh to hold centre stage as our ‘Alice,’ but he infused every scene with a nuanced sense of humanity.”

More like this
Lindsay Lohan Just Recalled A Hilarious 'Parent Trap' Story
By Sam Ramsden
Will Smith Reflects On "Horrific" Chris Rock Oscars Slap In First TV Interview
By Sam Ramsden
'The Holiday' Sequel Is Reportedly In The Works
By Sam Ramsden
Robert Downey Jr.’s New Film Is A Tender Story of Fatherhood & Forgiveness
By El Hunt
Get The Very Best Of Bustle/UK