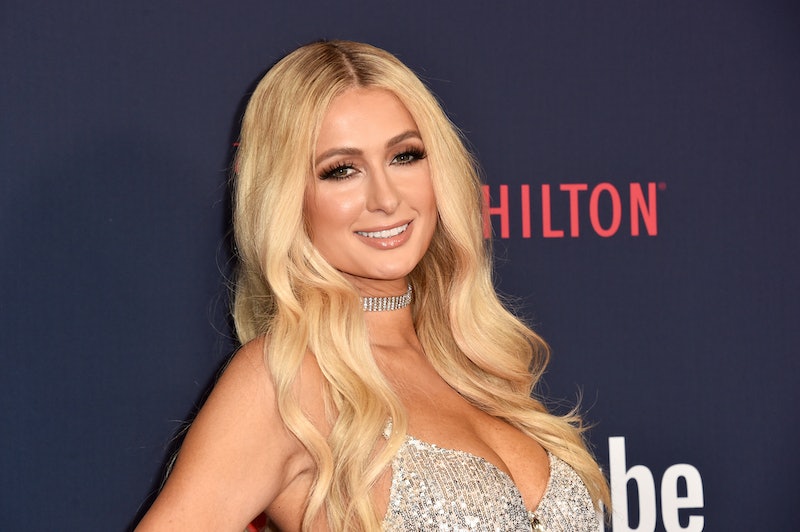 Heidi, Lauren, Audrina, and Whitney almost had a very different experience on The Hills thanks to one famous face. Paris Hilton just revealed she turned down appearing on The Hills and the revival, The Hills: New Beginnings during a chat on Watch What Happens Live with Andy Cohen. The This Is Paris documentary star, who was already a reality TV pro by the time The Hills premiered in 2006, explained she didn't have anything against the show itself, she just wasn't interested in returning to the genre.

After Cohen asked Hilton a fan question about whether or not she turned down a role on New Beginnings, she confirmed, "Yes, I did say no to it a ton of times." Jenna Bush Hager, who was WWHL's other Tuesday guest, wondered why they'd want Hilton on the reboot if she wasn't even on the original reality series. To that, Hilton said "they wanted me both times. I said no." Apparently, Hilton wasn't interested in participating in the supposedly unscripted drama of the OG series or the reboot.

Of course, Hilton did star in The Simple Life for 4 years, from 2003-2007, with Nicole Richie, but that's a thing of the past for her. "Every single day we get different calls, people pitching shows and I always say no," she told Cohen. "I'm too focused on my business and I don't have time for that."

Hilton previously shut down rumors of a Simple Life reboot last June, and a few months later she expanded on why she doesn't think she could ever return to the show. "Nicole and I back then, yes of course it was fun doing that, and me playing that character. [I] had the best time with my best friend on road trips all around the world and doing jobs we would never do in our lives," she told TooFab at the time. "But now I'm like a serious business woman."

Right now, with her new original YouTube documentary, Hilton is trying to redefine who the public thinks she is. As she told TV critics in January, per The Hollywood Reporter: "I've been judged on a character that I created at the beginning of my career and now I feel like it's really time that people see who the real Paris is."