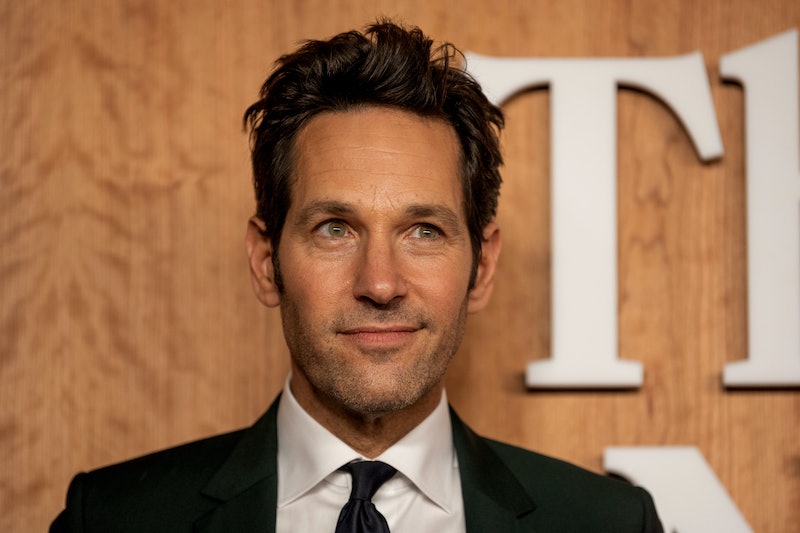 On the Dec. 18 episode of SNL, Tina Fey, Tom Hanks, and a few other celebrities dropped by for Paul Rudd’s Saturday Night Live monologue to celebrate his induction into the “five-timers club” — aka the fifth time he’s hosted the late-night sketch show. But before they celebrated Rudd, they had to address the elephant in the room. Hours before the show was set to record, the production announced via Twitter that due to the omicron variant surge and “out of an abundance of caution,” there would be no live audience during SNL. (Charli XCX’s musical guest spot was canceled, and she wrote on Twitter that she was “devastated” but reminded people “to get vaccinated if you haven’t already.”)

“COVID came early this year,” Hanks explained, wearing a robe with an embroidered “5” on it. “We sent home our cast and most of our crew. But I came here from California, and if you think I was going to fly 3,000 miles and not be on TV, well, then you’ve got another thing coming.” He then followed up his joke by introducing fellow five-timer Tina Fey, who walked in with her own robe, noting to the mostly empty room, “This is not the smallest audience I’ve ever performed for because I’ve done improv in a Macy’s.”

Paul Rudd then took the stage. The actor, who’s currently starring as Dr. Isaac Herschkopf in Apple TV+’s twisting psychological drama The Shrink Next Door, walked out (with one musician playing him on) and pretended to thank the empty room. “I’m extremely disappointed,” he then admitted to Hanks and Fey.

Fey and Hanks consoled him, with Hanks reminding him that “it’s not all bad” because at least “People magazine just named you the Most Sexist Man of the Year.” Rudd responded, “Oh, I think it was, uh, Sexiest.”

They went on to tell him that not even a pandemic-induced show change would stop him from getting the coveted five-timers robe. They then introduced Kenan Thompson, who they noted was the longest tenured cast member. “Congratulations on hosting the show four-and-a-half times,” Thompson joked, handing a robe to Rudd. Rudd remarked on the quality of the embroidery, with Fey saying in the background, “Yeah, [producer] Lorne [Michaels] is getting really good.”

“Now Paul, I know this isn’t exactly the five-timer experience you were hoping for, but someone did pre-record a very special message just for you,” Hanks said. They then rolled a video message from SNL alum Steve Martin.

“Hi, it’s me. Famous Steve Martin,” the comedy legend said. “Tonight, I just want to congratulate Tom—” Here, what sounded like Hanks’ voice dubbed over Martin’s voice with the words “Paul Rudd.” The video continued in a similar manner: “I’m a huge fan of Tom—” “Paul Rudd,” “And Tom—” “Paul Rudd,” “—he has been in one of my favorite movies, Forrest Gump—” “Ant Man.” A second person then stepped in front of the camera and revealed himself to be Martin Short. Martin asked Short if he was also part of the five-timers club, and when he said no, Martin pretended to push him out a window.

All in all, it was certainly not the show Rudd expected to be hosting, and many fans are already calling for him to return in 2022. But despite the last-minute change, Rudd’s good-natured monologue once again proved why he’s been invited back to SNL so many times. It was a fitting way to cap off his wildly successful year, which included him starring in Ghostbusters: Afterlife (along with SNL alums Bill Murray and Dan Aykroyd) and being named People’s Sexiest Man Alive. Rudd’s next feature-length adventure will take him into the Marvel Cinematic Universe’s psychedelic, reality-defying dimension when he reprises his role as Ant-Man in Ant-Man and the Wasp: Quantumania, set to debut in 2023.