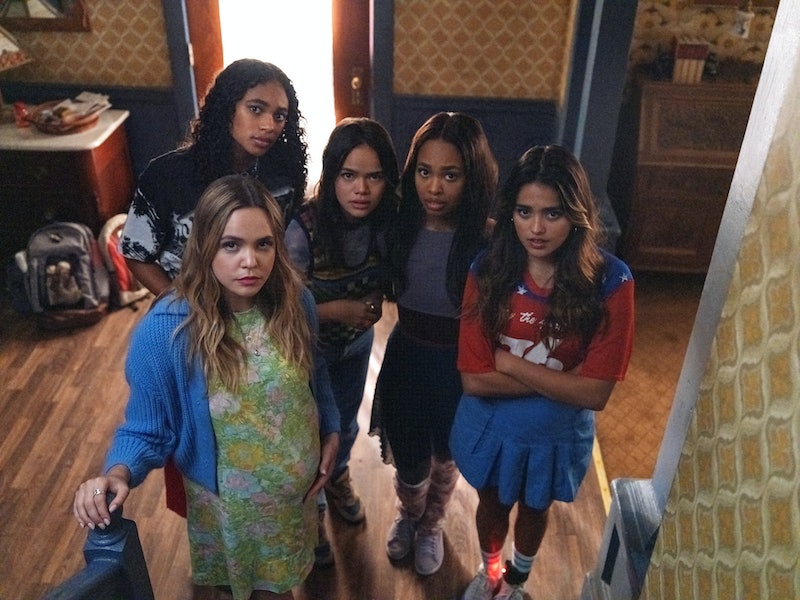 The next generation of Little Liars is coming. HBO Max has picked up a reboot of Pretty Little Liars, with Riverdale creator Roberto Aguirre-Sacasa at the helm. The upcoming series, titled Pretty Little Liars: Original Sin, is co-written by Aguirre-Sacasa and his Chilling Adventures of Sabrina collaborator Lindsay Calhoon Bring. While the original characters and actors aren’t confirmed to appear in the reboot, viewers can look forward to meeting a new group of teenage girls enduring their own mysteries.

The original series’ creator, I. Marlene King, also isn’t attached to Original Sin. In September 2020, Aguirre-Sacasa and Bring issued a joint statement about the project, clarifying that the show wouldn’t rewrite the original story. “We’re such huge fans of what I. Marlene King and her iconic cast created, we knew that we had to treat the original series as #canon and do something different,” the co-creators said, per The Hollywood Reporter. “So, we’re leaning into the suspense and horror in this reboot, which hopefully will honor what the fans loved about the hit series while weaving in new, unexpected elements.”

The original Pretty Little Liars, which aired from 2010 to 2017 on Freeform, was based on YA novelist Sara Shepard’s book series of the same name and followed a group of high school girls as they received anonymous messages threatening to expose all of their secrets, including information about a missing student named Alison. The mystery-thriller series starring Lucy Hale, Shay Mitchell, Ashley Benson, and Troian Bellisario was a global hit. Multiple spinoffs aired on Freeform, including Pretty Little Liars: Ravenswood in 2014 and Pretty Little Liars: The Perfectionists in 2019, but both only lasted a single season.

What Is The Pretty Little Liars: Original Sin Plot?

HBO Max described the PLL reboot in its initial statement. “Twenty years ago, a series of tragic events almost ripped the blue-collar town of Millwood apart,” the logline reads. “Now, in the present day, a group of disparate teen girls — a brand-new set of Little Liars — find themselves tormented by an unknown Assailant and made to pay for the secret sin their parents committed two decades ago…as well as their own.” (Note the emphasis on the “A” in “Assailant.”)

More details about the Pretty Little Liars: Original Sin plot were revealed to Entertainment Weekly on March 8, 2022. The publication also released first-look photos of the cast looking varying degrees of stunned, which are available to view on EW’s website. According to Aguirre-Sacasa, the series will be much darker than its predecessor, though it’ll still focus on friendship and how a series of terrifying, anonymous text messages can affect it. It’ll also take place in Millwood, Pennsylvania — which is just miles away from Rosewood. “We wanted a new set of girls, a new town, a new set of secrets, and a new version of ‘A,’” he said. “We love the idea that Rosewood exists. We reference it. There are Easter eggs throughout the season.”

Aguirre-Sacasa also spoke about the decision to introduce new personalities rather than recast the original five PLL characters. “We very consciously said it didn't continue with the original characters,” he explained. “Honestly, the first series was so iconic. Trying to ask people to embrace a new Aria or a new Spencer felt like a losing proposition.”

Who Is In The Pretty Little Liars Reboot?

In July 2021, the PLL reboot cast its first two leads, Chandler Kinney and Maia Reficco, according to Harper’s Bazaar. Kinney, best known for Zombies 2 and Lethal Weapon, will play Tabby, an “aspiring director and movie buff.” The character, in the tradition of the show, will be hiding a secret. Reficco, who in the past appeared in Evita and Kally’s Mashup, will play Noa “a striving, sardonic track star who’s working hard to get her life back to normal after a summer spent in juvenile detention.”

HBO Max unveiled the rest of the main Original Sin cast on March 8 via EW. Bailee Madison (Once Upon a Time) will portray “sugary sweet teen mom Imogen,” and she opened up to the publication about her initial skepticism toward joining a PLL reboot given her longtime fandom of the show. “I quickly realized that it's not a reboot of the original, it's a reimagination of what worked so well and what people loved, but we're leaning into the horror and the mystery of it all.”

Rounding out the main friend group are Malia Pyles (FX’s Baskets) as Minnie, mononymous actor Zaria (Two Distant Strangers) as Faran, and Mallory Bechtel (Hereditary) will play a high school bully aptly named Karen. The mysterious “A” will also feature in the series, of course, but only time (and perhaps many seasons) will tell the character’s true identity.

While nobody attached to the show would officially confirm any guest appearances from the original PLL stars, Aguirre-Sacasa’s mention of “Easter eggs” leads us to believe viewers may see some familiar faces in Original Sin. “It would be so special to have the original Liars on,” Madison told EW of the possibility.

The Pretty Little Liars: Original Sin release date is July 28, HBO Max announced. Three episodes will drop for the premiere, then two episodes each on Aug. 4 and 11, then a three-episode finale Aug. 18 for a total of 10 episodes.

Is There A Pretty Little Liars Reboot Trailer?

Yes! On June 15, HBO Max dropped an Original Sin teaser trailer — and it includes a glimpse at the shadowy “A,” as well as the familiar, haunting theme song you’ve come to know and love (and fear).

A new, expanded trailer debuted on July 6 and leans even more into the horror and slasher elements that the co-creators promised. In it, we get introductions to our main characters and their mundane high school drama right before the creepy “A” begins stalking them at every turn and the Little Liars start investigating their parents’ secrets. It plays a little bit like the Scream sequel with genuine mystery and intrigue at its core — a welcome spin on the original series.

This post will be updated with additional series details as they become available.

This article was originally published on July 18, 2021