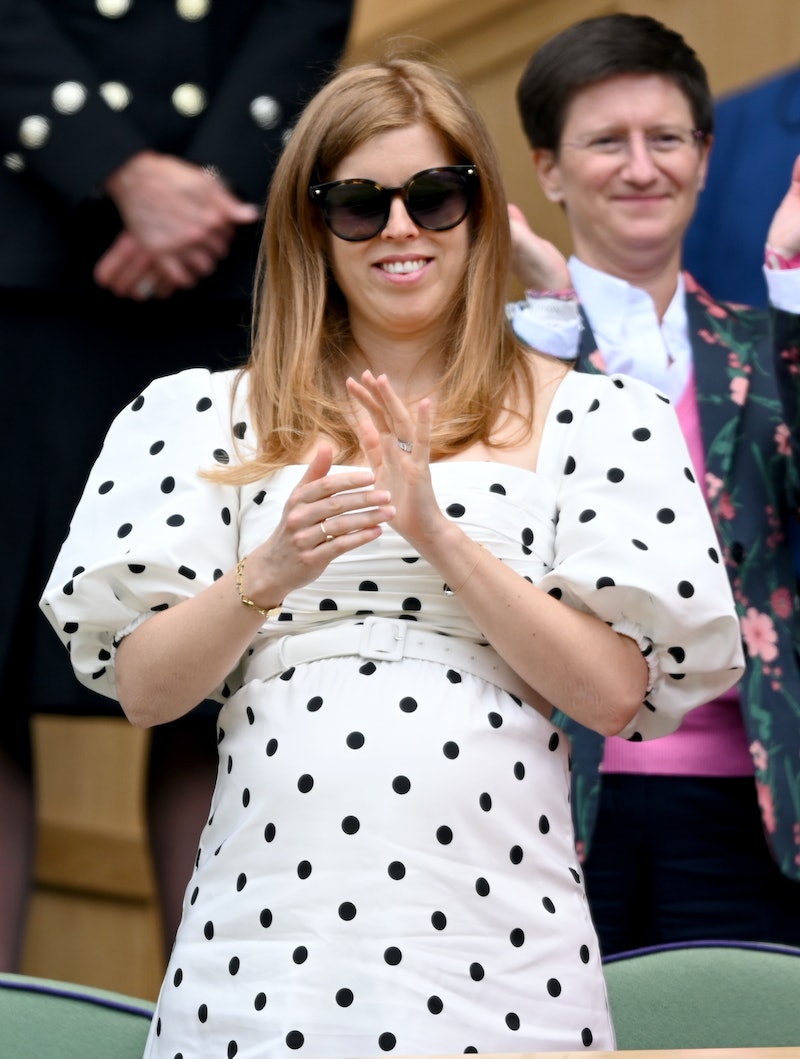 Princess Beatrice and her husband Edoardo Mapelli Mozzi finally revealed their daughter’s name – and, of course, it has a sweet royal connection. Announced by the royal family in an Instagram post, the baby’s full name was confirmed as Sienna Elizabeth Mapelli Mozzi.

“Her Royal Highness Princess Beatrice and Mr Edoardo Mapelli Mozzi have named their daughter Sienna Elizabeth Mapelli Mozzi,” the post read. Her middle name a clear tribute to Beatrice’s grandmother, the Queen. (Meaning both she and her sister, Princess Eugenie will have honoured their grandparents through the names of their children. Eugenie named her son, August Philip Hawke, after the late grandfather, Prince Philip.)

“The couple have said, ‘We are all doing well and Wolfie is the best big brother to Sienna,’” the post concluded. Alongside the caption was a photo of the baby’s little footprints, with her name and birth date written underneath.

Edoardo also shared the same sweet snap on his own Instagram, alongside an adorable caption honouring his wife and two children.

“Sienna Elizabeth Mapelli Mozzi. Our life together has just begun, and I can’t wait to see all the amazing things that await us,” he wrote. “Feeling so much love and gratitude for my amazing wife, baby Sienna and Wolfie. These are the days I never want to forget.”

“This week, a friend said to me the sweetest saying….that with every child you grow a whole new heart. A massive thank you to the Midwife and the amazing team at the Chelsea and Westminster Hospital. x”

Aside from her middle name being a tribute to her great-grandmother, Beatrice’s daughter’s first name, Sienna, derives its meaning from the Italian city of Siena in Tuscany.

Baby Sienna is the Queen’s twelfth great-grandchild, and the fourth to be born in 2021. (Princess Eugenie’s first born arrived in February, Zara Tindall’s third child in March, and the Sussex’s welcomed Lilibet in June.) Sienna is also technically eleventh in line to the throne, after her mother. Princess Eugenie slips to twelfth place.

More like this
Princess Diana’s Brother Shared A New Photo Connected To Her Childhood
By Darshita Goyal
Helena Bonham Carter Doesn't Think 'The Crown' “Should Carry On"
By Sam Ramsden
The Spice Girls Are Set To Reunite At King Charles III’s Coronation
By Sam Ramsden
4 Surprising Celeb Throuples That Got The Internet Talking
By Sophie McEvoy
Get The Very Best Of Bustle/UK
Sign up for Bustle UK's twice-weekly newsletter, featuring the latest must-watch TV, moving personal stories, and expert advice on the hottest viral buys.