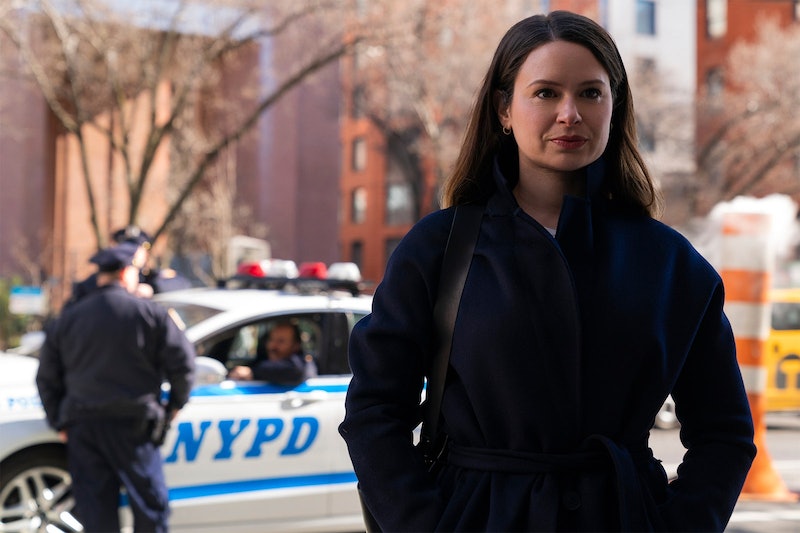 In 2017, Rachel DeLoache Williams fronted her then-BFF Anna Sorokin $62,000 while on a trip to Morocco. Sorokin promised to pay her back as soon as they returned to New York. But the money never came.

Sorokin, of course, was later convicted on multiple charges of grand larceny for defrauding numerous banks, hotels, and New York party people under the guise that she was a wealthy German heiress named Anna Delvey. Her rise and fall is documented in Netflix’s new scripted drama Inventing Anna, but it’s far from the first time Delvey’s story has been told. Williams, who’s played by Katie Lowes in the series, wrote about her encounters with Delvey in a 2018 essay for Vanity Fair, where she’d been working as a photo editor at the time.

“It was destabilizing to have been so wrong about someone I trusted,” Williams explained in a recent piece for Time.“ I began writing to process what had happened, so I could learn from it and hopefully leave it behind.”

After a New York magazine reporter contacted her in 2018, Williams realized her “involvement with Anna would soon become public.” Writing the Vanity Fair article helped to give her back a sense of control, and she later parlayed the story into a book: My Friend Anna, published in July 2019.

Billed as “Sex and the City meets Bad Blood and Catch Me If You Can,” the book chronicles Williams and Sorokin’s rollercoaster friendship. Initially, Sorokin treated Williams to everything from lavish dinners to infrared sauna sessions and workouts with a celebrity personal trainer. But things took a turn when Sorokin asked Williams to join her on the fated “all-expenses-paid” trip to Morocco’s five-star La Mamounia hotel. According to Williams, Sorokin’s credit cards “mysteriously stopped working” once they were there, forcing her to front the cost of meals, shopping sprees, and their $7,500-per-night private villa. In all, Williams racked up more than $62,000 in credit card debt — more than she made in a year.

Willams spent weeks chasing down Sorokin to pay her back before eventually contacting New York’s district attorney. When Sorokin’s history of scams and unpaid bills came to light, Williams found herself “helping to bring down one of the city’s most notorious con artists.” She ultimately testified against Sorokin during her 2019 trial, and the bulk of her credit card debt was forgiven. My Friend Anna, which also features real text messages between Williams and Sorokin, landed on Time’s list of 100 must-read books in 2019.

After publishing My Friend Anna, Williams described feeling a “sense of closure.” But it was short-lived. In her essay for Time, she recalls receiving a link about Inventing Anna from a friend in October 2019. Because Williams was not involved with the show (she’d sold her book rights to HBO for a series that’s no longer in development), she found out about it “at the same time as the rest of the world.” She also had no input about Netflix’s portrayal of her. “A natural-born follower whose blind worship of Anna almost destroys her job, her credit, and her life,” the site’s description of Rachel read. “But while her relationship with Anna is her greatest regret, the woman she becomes because of Anna may be Anna’s greatest creation.”

Williams explained in Time that the characterization felt jarring — particularly the line that credits Anna for the success she found after their friendship. “Seven little words that in one fell swoop stripped me of my agency, accomplishments, and truth,” Williams wrote in Time. “Were we meant to believe that the woman I had become was not on account of the parents who raised me, the love I shared with family and friends, my own efforts or personal growth, but because of Anna?”

Williams added that because she ultimately benefited from the friendship via a book deal, she’s often asked if she’s “grateful for what happened” between her and Sorokin. “My answer is of course not. But I am proud to have overcome the ordeal well enough for such a question to seem reasonable.”

Williams has since slammed Inventing Anna in numerous publications. “I think promoting this whole narrative and celebrating a sociopathic, narcissistic, proven criminal is wrong,” Williams recently told Vanity Fair. “Having had a front-row seat to [the Anna circus] for far too long, I’ve studied the way a con works more than anybody needs to. You watch the spectacle, but you’re not paying attention to what’s being marketed.”

More like this
Netflix Shut Down 'Bridgerton' S3 Rumours About A “Very Dark” Storyline
By Bustle
'The Queen’s Gambit' Season 2 Tweet Wasn’t From Anya Taylor-Joy
By Mary Kate McGrath, Jack Irvin and Grace Wehniainen
Ashton Kutcher Wants Danny Masterson “To Be Found Innocent” In Rape Retrial
By Jake Viswanath
All The ’70s Easter Eggs You Missed In 'That ’90s Show'
By Grace Wehniainen
Get Even More From Bustle — Sign Up For The Newsletter
From hair trends to relationship advice, our daily newsletter has everything you need to sound like a person who’s on TikTok, even if you aren’t.