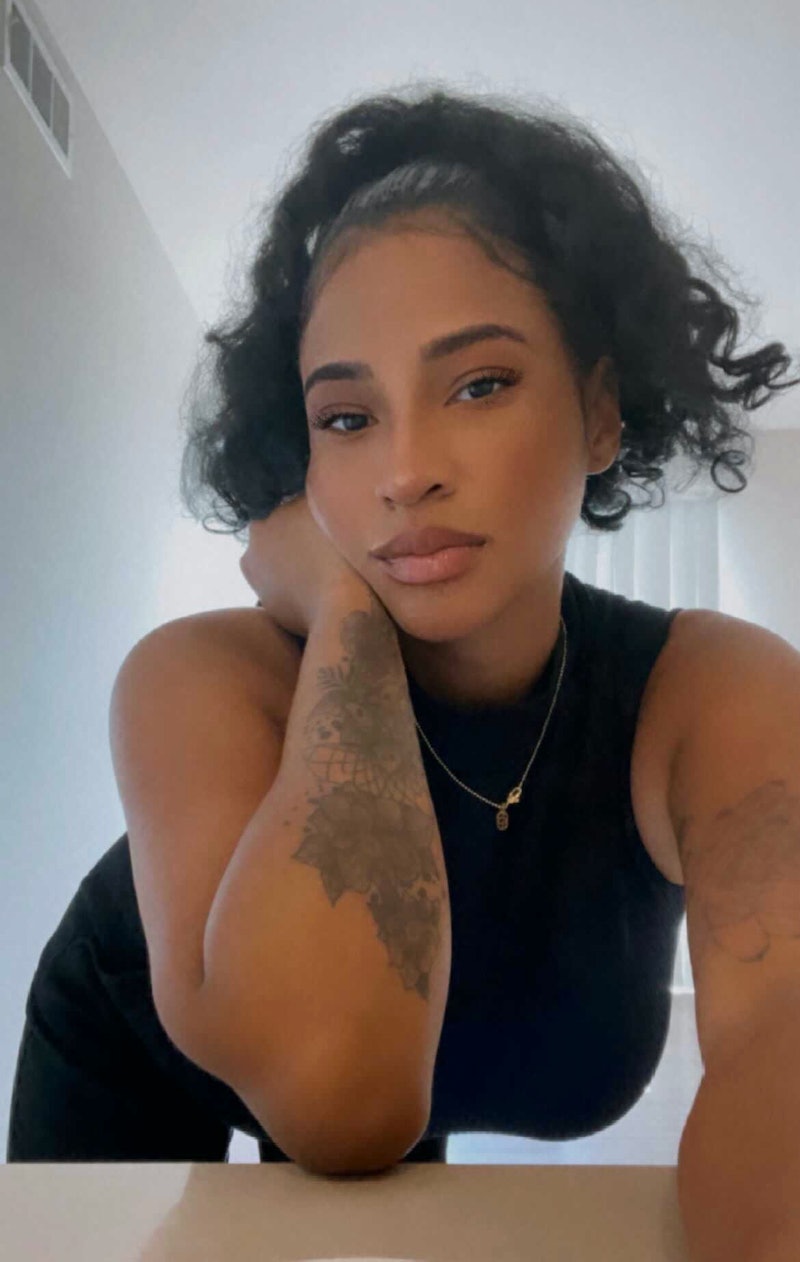 The lies and deception of Anna Delvey, the “German heiress” who scammed New York’s elite, has been depicted in Netflix’s new series, Inventing Anna. The then 25-year-old who pretended to be a wealthy socialite scammed U.S. investors of thousands of dollars, NYC’s most exclusive hotels, members of the fashion elite, and even ran up over $60,000 on a friend’s company credit card. So there’s little wonder why those in her inner circle have turned their back on her.

Following an exposé by New York Magazine’s Jessica Pressler in 2018, Delvey – revealed as Russian-born Anna Sorokin – was arrested, charged and jailed in 2019 for theft of services and grand larceny. She was later released on good behaviour, but is now back in prison for overstaying her visa.

Despite everything, there is one person who has remained close friends with the Soho grifter: Neffatari Davis. Depicted as Neff in the Shondaland-produced Netflix series, and portrayed by The Bold Type’s Alexis Floyd, Davis was a concierge at 11 Howard’s luxury hotel in New York where she met Sorokin for the first time in 2017. They soon became BFFs, and as a result was treated to expensive meals, designer clothing, hangouts with socialites, and was even promised luxury getaways. And despite Delvey’s conviction, Davis has remained friends with her, even wishing the fraudster a happy birthday on Instagram as recently as January 2022.

So what is the truth? Is Delvey really the scammer we’ve seen portrayed, or does she have a softer side we haven’t been privy to? Below, we speak to Neff Davis to find out the truth behind her ongoing friendship with Delvey.

You first met Anna Delvey when you were working as a hotel concierge at 11 Howard. What first attracted you to her?

I really enjoyed Anna’s mystery. She wasn’t like our other guests and she talked about her goals a lot. As a Capricorn, I was very intrigued with what she had going on and how she would get it done at a young age.

In Inventing Anna, Neff is portrayed as a bold, brash woman who was hellbent on defending Anna’s actions. Was this a true depiction of what happened IRL?

Yes, definitely. Of course, I had to set boundaries with Anna, but I truly stood by her side because she was there for me when I needed her. Loyalty is loyalty.

Neff was also depicted as being unsympathetic to Rachel, who was left in over $60,000 worth of debt because of Anna. Why?

I’m not sure why Shondaland did it. But I loved it. White people get enough sympathy. Plus, Rachel got paid very well from her book and AMEX forgave her charges. What is there to sympathise with?

You were at dinners with Anna when she was surrounded by Silicon Valley types. Did you really meet Pharma-Bro Martin Shkreli? And what was he like?

I met so many weirdos I wish I remembered this interaction [laughs]. But that must say it all. It wasn’t very memorable for me.

Where does your friendship with Anna stand now?

Anna is my friend and always will be. We had to get to know each other again and develop healthy boundaries. We have blocked and unblocked each other, cried, and laughed. I get her.

Did you ever once believe that Anna could be a scammer based on what Rachel told you?

No, because Anna never scammed me and I never saw her not being legit.

Why do you think Anna was “good for it”?

Mainly because when someone always keeps your word, it’s hard to think otherwise.

I’ll never know her mind, but her tenderness and comedic ways are something the world may never see.

Would you have done anything differently?

Yes. I would’ve told Anna to make a GoFundMe instead of bank hopping. But she never told me about her crimes, so I guess not.

What do you know about Anna that we haven’t seen already IRL and in Inventing Anna?

I think I know her heart. I’ll never know her mind, but her tenderness and comedic ways are something the world may never see. Her vulnerable side and comedic side make her so much fun to be around, because she has truly mastered sarcasm. The b*tch is hilarious.

What was it like working with Shonda Rhimes on the show and how much input did you have on it?

Shonda is the GOAT. It was amazing. Shondaland and Shonda made me feel like I had a comfort blanket at all times. I was involved with the development of my character. I was able to go on set. I worked closely with the head of research at Shondaland while consulting. It was literally a dream come true. They nurtured my love for film and didn’t treat me like just a character.

What was it about yours and Anna’s friendship that made you loyal to her?

It’s not every day you meet a woman that tells you she will make you rich and fund your film career if you stick by her side. In a weird and sick way, she kept her word. That’s loyalty.

More like this
What That Ominous 'Selling Sunset' Season 5 Finale Could Mean For Season 6
By Orla Pentelow and Brad Witter
An 'Emily In Paris' Fave Is Joining Season 5 Of 'The Crown'
By Bustle Editors
Move Over, 'Sunset'! The Drama-Filled Trailer For 'Selling The OC' Is Here
By Nola Ojomu
Paramount+ Wants To Take Over Your Netflix
By Sophie McEvoy
Get The Very Best Of Bustle/UK