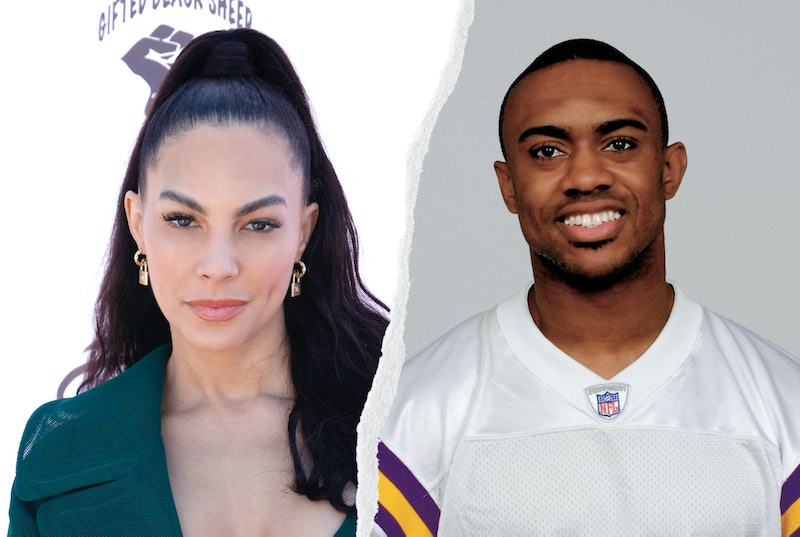 Fans of Netflix’s hit reality series Selling Sunset, which is now in its fifth season, were introduced to Oppenheim Group’s Amanza Smith in Season 2. Although she had a bumpy start at the now-famous real estate brokerage firm, Amanza’s wit and willingness to learn helped her blossom in the real estate field. When it came to her personal life, Season 3 saw Amanza empathizing with Chrishell Stause’s marital woes as Amanza navigated custody hearings with her ex-husband Ralph Brown.

Ralph did not appear in any of the season’s eight episodes as Amanza fought for sole custody of their two children, Braker and Noah. E! News reported in September that Amanza won sole custody of both. The real estate agent was also dealing with Ralph’s mysterious disappearance.

Their custody battle took a turn in Season 4. After Amanza hired a private investigator to locate Ralph, she found out that he had relinquished his legal and custodial rights to their kids via a document. As of April 2022, Amanza has not heard from nor seen the former NFL player since 2019. Even so, she tells People that Ralph “was a great father when he was around” and also describes him as being “very loyal, hands-on, dedicated, [and] interactive.”

READ NEXT: Who Is The Richest ‘Selling Sunset’ Star?

Given this legal development, it’s unclear how much more Amanza will be trying to locate Ralph in Season 5, which premiered on April 22. Selling Sunset viewers still know so little about her missing husband, so here’s everything to learn about Ralph, his career, his relationship with Amanza, and his current whereabouts.

Ralph married Amanza in a dazzling ceremony in 2010. Footage of the two getting ready, their scrumptious-looking wedding cake, Amanza walking down the aisle, and sharing a kiss was later shared in a wedding trailer on YouTube. After the two divorced in 2012, Ralph made her red carpet debut with then-boyfriend Taye Diggs in 2014. It’s currently unknown if Ralph ever remarried.

Addressing online criticism and the assumptions that she’s financially set thanks to her ex’s NFL career, Amanza spoke about the aftermath of their divorce. In a December 2021 interview with The Today Show, she said, “When I got my divorce, I cleaned houses, I worked at BCBG retail, I was walking dogs. I did every odd job I could to make money to support my kids, because I wasn’t getting child support.”

Ralph and Amanza are parents to daughter Noah, 12, and son Braker, 10, who both appeared on Seasons 3 and 4 of Selling Sunset. “When we got divorced, I was adamant that we have 50/50 [custody] because I’m not that kind of person that would ever want my kids to never see their father as much as they see me,” she explained to Entertainment Tonight in 2020. But in a recent interview with People, Amanza revealed how hurt Noah and Braker have felt since their dad’s bizarre departure from their lives. “Braker is angry, and Noah is sad,” she said.

Ralph is best known for being a cornerback in the NFL. His professional football career includes playing for the New York Giants, Cleveland Browns, Arizona Cardinals, and Minnesota Vikings. Ralph retired from the NFL in 2010.

Where Is Ralph Brown Now?

Ralph’s whereabouts are still currently unknown. According to Entertainment Tonight, Amanza filed a missing persons report and recruited a private investigator but has yet to receive any new information about Ralph’s location. Unfortunately, Amanza claims Ralph’s family hasn’t been helpful either. “If I reach out to his sister and brother-in-law, the next thing, I would be blocked. I text, email, voice message his brother and his father to no avail. I’ve had at least 20 of his ex-NFL teammates reach out to me saying, ‘Hey, have you heard from him? Do you know what’s going on?’”

Amanza did venture a guess for the reason for his disappearance. According to an interview with ET in August of 2020, Amanza wondered whether it was due to a mental breakdown or Chronic Traumatic Encephalopathy (CTE), a brain condition associated with repeated trauma to the head.

Hopefully, Amanza’s storyline will be less devastating this season. Though she won’t say who, Amanza has been seeing someone, according to a Dec. 12 interview with Today. Maybe Selling Sunset viewers finally get to see her happy and in love again.

More like this
RHOP’s Robyn Dixon Explained Why Juan Paid For Another Woman's Hotel Room
By Brad Witter
Everything To Know About 'The Real Housewives Ultimate Girls Trip' Season 4
By Jake Viswanath
Andy Cohen Apologized To Larsa Pippen After A 'RHOM' Season 5 Reunion Dust-Up
By Brad Witter
Pamela Anderson’s Dating & Marriage History Could Be Its Own TV Series
By Jake Viswanath
Get Even More From Bustle — Sign Up For The Newsletter
From hair trends to relationship advice, our daily newsletter has everything you need to sound like a person who’s on TikTok, even if you aren’t.