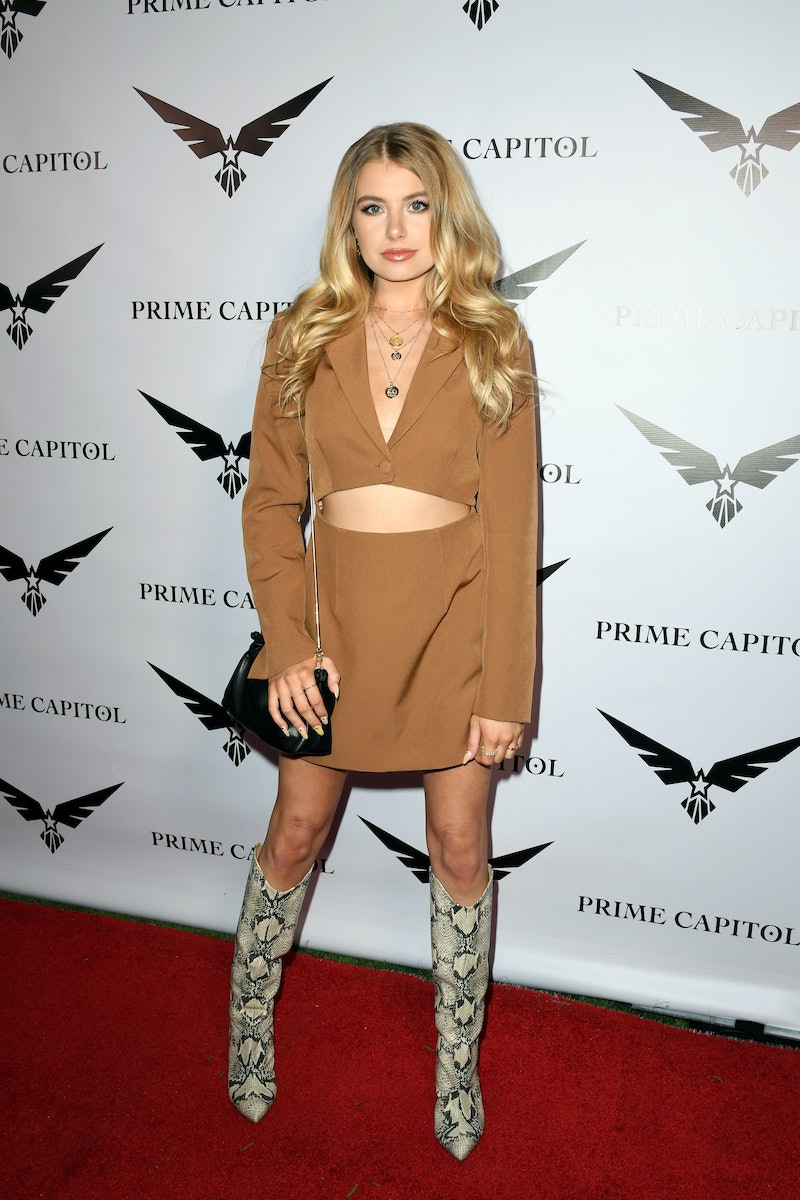 Following a controversial Bachelor season, Bachelor Nation’s go-to guy for all franchise scoops, Reality Steve, is now in hot water himself. According to E! News, Demi Burnett called out the popular blogger on Twitter for an alleged “unwanted and unprompted sexual advance” toward the former Bachelor and Bachelor in Paradise contestant, which he later apologized for on April 21, 2021. Through her tweets, Burnett also accused Reality Steve, whose real name is Steve Carbone, of going as far as telling the reality star about a “graphic sex dream” he had of her in 2020.

After claiming that Carbone outed her as bisexual before she told her family, she detailed an alleged phone call she had with the Bachelor Nation mainstay. “Last August you messaged me telling me you had something you wanted to share with me. You said, ‘it was bizarre and something you couldn’t put into writing,” wrote Burnett on Twitter on April 21. She went on to state how “uncomfortable” she felt when Carbone told her about his sexual fantasy. “I don’t think I deserved to have you make me feel this way,” tweeted the Bachelor alum. Burnett also posted a text conversation that she said was between herself and Carbone to back up her claims.

Demi’s allegations came after the equally head-turning discussion Bachelor star Bekah Martinez and her friend Jess Ambrose recently had regarding Carbone on an episode of their Chatty Broads podcast. On the show, Martinez talked about Carbone’s prior contentious comments about other Bachelor Nation competitors, including Jade Roper, and the nature behind the writer’s alleged actions.

Martinez said, “I think the reason that people sometimes don’t speak out about Reality Steve is because he holds a lot of power.” She continued, “And if he wants to try to dig up dirt on people — most all of us have some sort of dirt on the Internet to varying degrees — it’s scary to be like, ‘Oh my God! What is this person going to find out about me.’”

After the Chatty Broads episode aired, Carbone took to Twitter on April 20 to give his side of the story, writing, “Wanted to address my past writings that were brought to light again today on a podcast. There is/was no excuse for them. I’m embarrassed I thought that way, I’m embarrassed I wrote it, and ever since, I’ve done whatever I could to change that link of thinking.” He continued his apology with two other tweets expressing his concern about the matter. Demi responded to Steve with a simple “No you haven’t changed,” and it was in this tweet that she added details about her history with him, which included the aforementioned text message.

Carbone replied to Burnett’s tweet with the hope that she would accept his apology and stating that he didn’t realize he crossed a line. “I had no idea at the time that conversation made you feel that way. I am apologizing now knowing how uncomfortable I made you feel.” He added, “I crossed boundaries I didn’t think at the time I was crossing. I did not know this until today. So for that, I hope you can accept my apology.” Burnett has not commented on the matter since her initial tweet.

This isn’t the first time Reality Steve’s blog entries have landed him at the center of controversy with Bachelor Nation. In 2011, The Hollywood Reporter published an article about the Bachelor producers of NZK Productions and Alternative Television filing a lawsuit against Carbone for soliciting Bachelor “participants, cast, crew, and other employees” of the program for information that would be used on realitysteve.com. The suit was settled in 2012, with Warner Bros. telling The Hollywood Reporter that Carbone agreed “to have no further contact whatsoever with any of the cast, crew or employees of The Bachelor.”