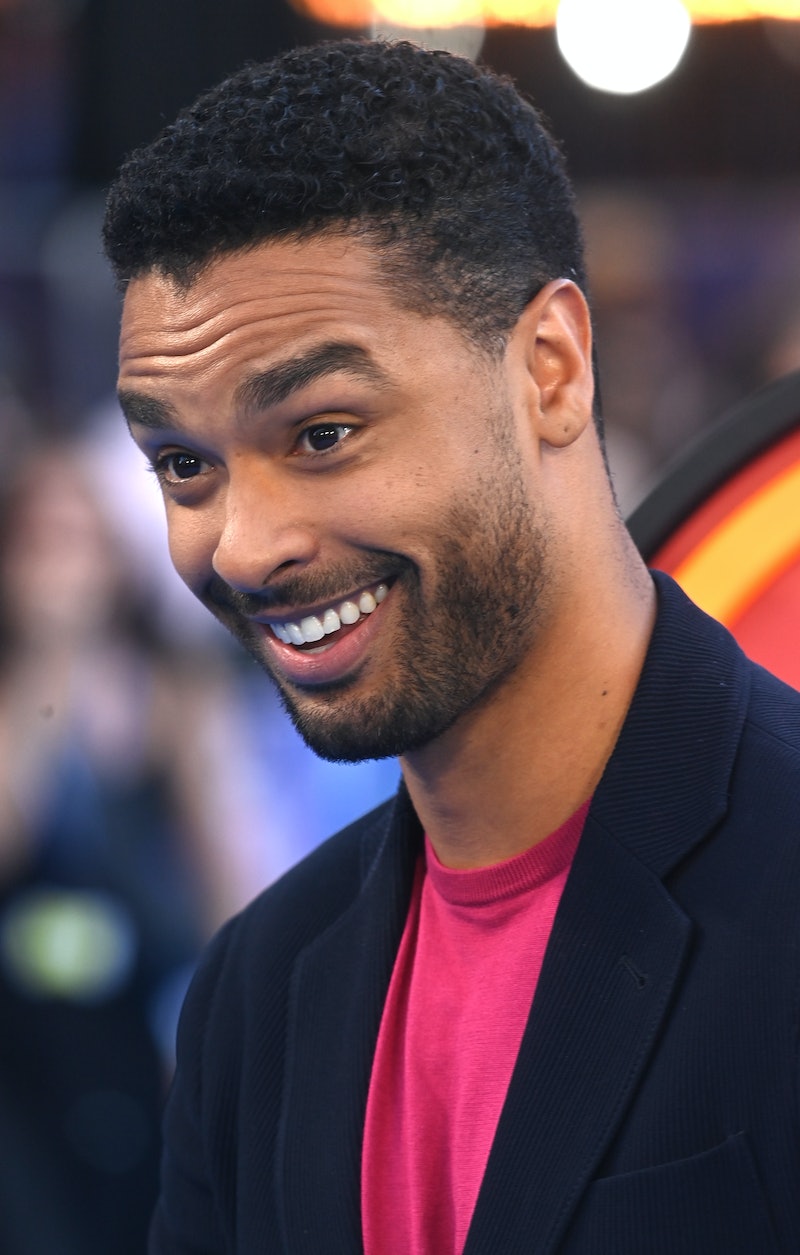 Regé-Jean Page has once again engaged in a quintessentially British tradition, but sadly, no, it wasn’t amid another season of Bridgerton. Rather, the actor attended a Wimbledon semi-final match in the royal box at the All England Lawn Tennis and Croquet Club on Friday, July 8, joined by his girlfriend, Emily Brown. Although Lady Whistledown wasn’t there to document his exploits, his reactions to the match were captured in photos, including one that he himself later joked about on Instagram.

Cameras caught Page and Brown having what looked like a wonderful day at the famed tennis tournament. The two were seated next to another couple, actors Rami Malek and Lucy Boynton, having what appeared to be very warm exchanges. Of course, the real show was the match between Serbia’s Novak Djokovic, a six-time Wimbledon winner, and the United Kingdom’s Cameron Norrie, who is currently ranked No. 12 in the world. Unfortunately for the home crowd, it was a loss for Norrie, which may explain why Page was snapped mid-grimace.

The Bridgerton vet made light of the moment afterward, taking to his Instagram story to share multiple photos from the event. He first shared an image of his tickets, followed by one of himself alongside Malek and Boyton, writing, “Anyone for tennis?” on it. Next, he posted his hilarious grimacing photo, in which literally everyone else is wearing a more temperate facial expression. Finally, he uploaded a zoomed-in version of the previous photo and gamely wrote, “…yeah ok, I gotta work on that game face.”

Page also posted a close-up of his grimace on his Instagram grid, explaining that he was caught up in the match. “Yeah… I get into the tennis. No sparkly clean suit shot for me today,” he wrote, before adding, “Cheers for having us @wimbledon !”

Noticeably absent from all of the photos Page posted was his girlfriend, despite the fact that she was sitting right next to him. The two have managed to keep their relationship very private, even after his sharp rise in fame following Bridgerton’s December 2020 premiere. He and Brown were first publicly linked in February 2021, but they reportedly bought a home together a year prior.

Funnily enough, Page’s former Bridgerton leading lady, Phoebe Dynevor, had a high-profile Wimbledon date herself last year. She was seeing Saturday Night Live’s Pete Davidson at the time, and they made their debut as a couple at the annual event after months of dating rumors. They, too, watched Norrie play (against eight-time Wimbledon champ Roger Federer of Switzerland), in between cuddly moments.

Page and Dynevor made names for themselves as the eventual Duke and Duchess of Hastings in Bridgerton Season 1. However, since Page opted not to continue in his role, fans have had to keep calm and carry on without half of the swoon-worthy couple. The Gray Man star explained to Variety in April 2021 that he’d signed on for a “one-season arc” and “there is value in completing these arcs and sticking the landing.” He has no plans to return as of now, but we’ll always have Season 1… and Wimbledon.

More like this
Twitter Is Freaking Out Over Rihanna’s 2023 Super Bowl Halftime Show Announcement
By Stephanie Topacio Long
Shonda Rhimes' Net Worth Makes Her One Of The Wealthiest People In TV History
By Hugh McIntyre
How Much Are The 'Schitt’s Creek' Stars Worth?
By Hugh McIntyre
‘SNL’ Finally Spoofed Nicole Kidman’s Weirdly Beloved AMC Ad & Nailed It
By Stephanie Topacio Long
Get Even More From Bustle — Sign Up For The Newsletter