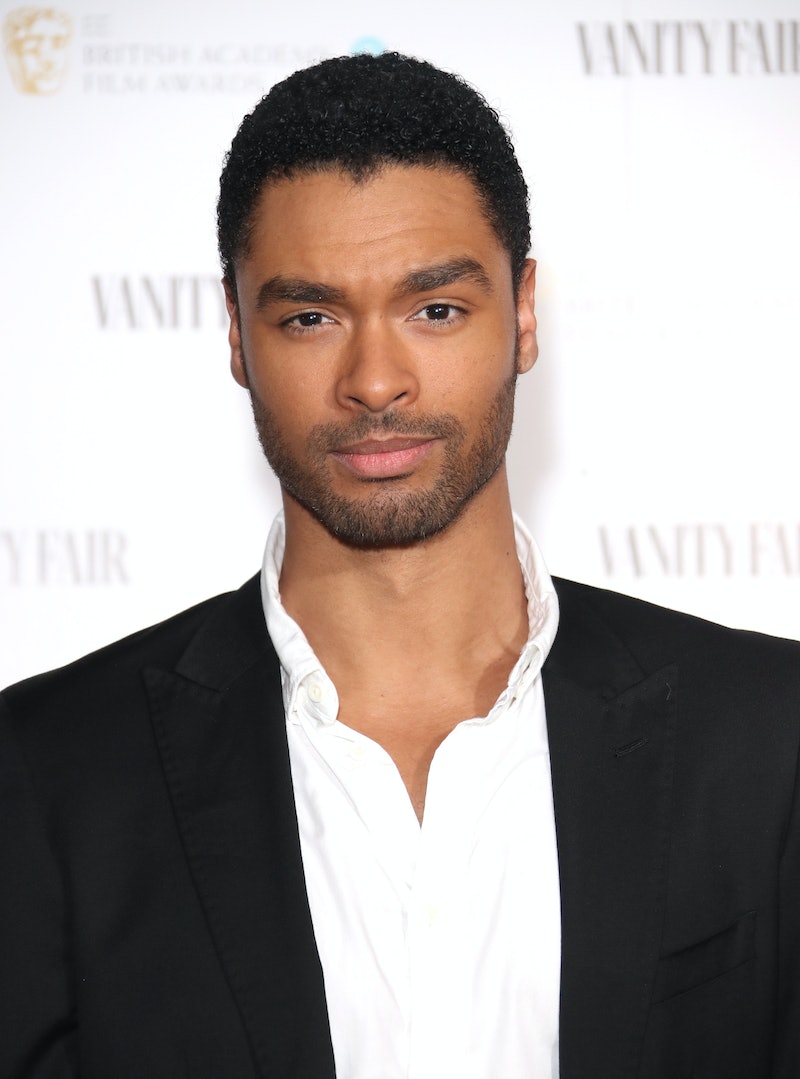 Details of British actor Regé-Jean Page’s pre-Bridgerton dating history are relatively unknown, but considering the series’ unstoppable fanfare, it’s likely that countless potential suitors would enter the British actor’s life if given the chance. After all, Season 1 of Bridgerton — and all of its steamy romance — has been viewed by over 82 million households as of Jan. 27, aka months before Kim Kardashian began sharing her marathon-watching experience with her 212 million Instagram followers. For his portrayal of Simon Bassett, Duke of Hastings, Page has earned his first two nominations for Outstanding Performance by a Male Actor in a Drama Series and Outstanding Performance by an Ensemble in a Drama Series at the forthcoming 2021 Screen Actors’ Guild Awards. We’ll be tuning in to see if he wins — and whether or not a significant other will be by his side to congratulate him if he does.

Immediately after the premiere of Bridgerton, fans began to wonder if Page and his onscreen lover Phoebe Dynevor’s chemistry translated into real-life romance, but the two were quick to shut the rumors down. “I’d love to say there was really something between us,” Dynevor told You Magazine in February 2021. “But no, it has always been strictly professional. There was so much pressure on us to get it right that it was all about the work.”

Dynevor continued, “We have a really professional working relationship. I’m glad for that, actually. It would be very complicated if it went further.” The actor also noted that she understands the fan speculation about her and Page. “People really root for us. We have to say we’re actors, we’re doing a job, there is something to be said for not spoiling the magic,” she added. “But at a certain point, you have to say ‘no.’”

Page also opened up about the rumors in an interview with Access Hollywood and bashfully shut them down. “I think everything you need to know is on camera. That's why we presented it so beautifully for you,” he told the program. “All the sparks that flew off of the beautiful scripts that we were handed, and so I think that the sparky scripted material are more than enough.”

After he was spotted in London with soccer player Emily Brown just before Valentine’s Day, a source close to Page told Entertainment Tonight that the two are officially a couple. Neither the actor nor Brown have spoken publicly about their relationship, though the Daily Mail reported that the pair bought a home together in February 2020. Per Us Weekly, Brown is from England, plays soccer part-time for charity organization Football Beyond Borders, and has also worked as a copywriter for several brands, including Nike, Uber, and Converse.

The couple has kept most details about their relationship private, but it seems the actor is taken at the moment. Our condolences go out to super fans thirsting after Page and his royal Bridgerton character.