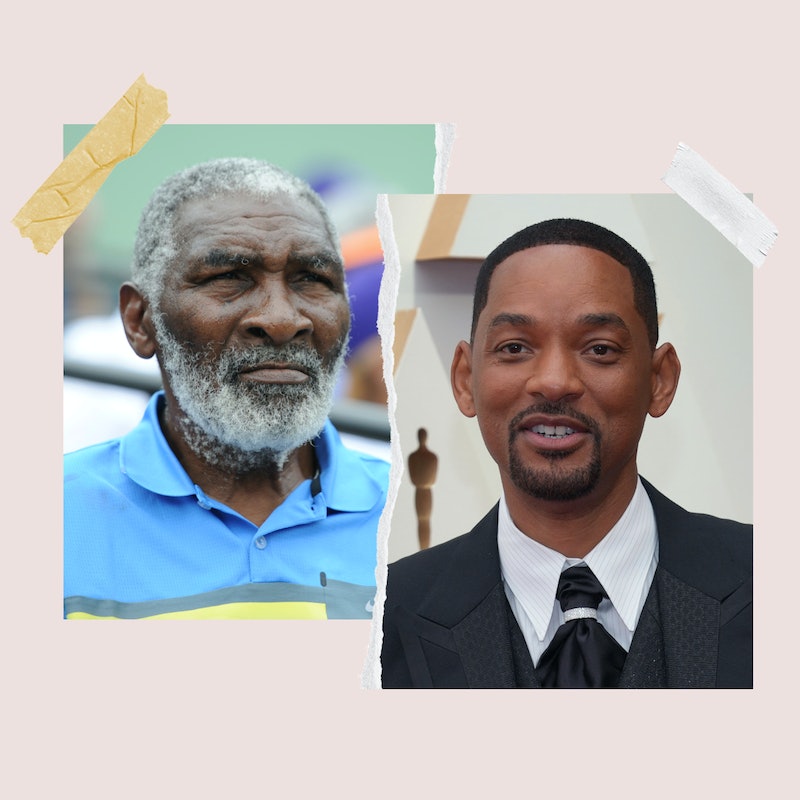 Richard Williams thinks Will Smith — who portrayed him in the Oscar-winning film King Richard — was wrong to slap Chris Rock during this year’s ceremony. The physical altercation took place after the comedian made an offensive joke about Jada Pinkett Smith’s shaved head, despite her battle with alopecia. “Will Smith just smacked the sh*t out of me,” the comedian said as Smith returned to his seat. In response, Smith warned: “Keep my wife’s name out your f*cking mouth!”

The unscripted moment has been all viewers have been talking about since it aired, and the reactions to Smith and Rock’s heated exchange run the gamut. Some people feel strongly that Smith had a right to defend his wife, but many others think he took it too far by resorting to physical violence. Williams is reportedly among those who believe Smith should’ve handled the situation differently.

“We don’t know all the details of what happened, but we don’t condone anyone hitting anyone else unless it’s in self-defense,” Richard’s son and spokesman Chavoita LeSane told NBC News. Lesane added that his father was just as surprised by the jaw-dropping moment as anyone else watching, but declined to comment on Smith’s acceptance speech for Best Actor. In it, he apologized to the Academy and compared his defense of his wife to Williams’ defense of his daughters.

“I want to apologize to the Academy. I want to apologize to all my fellow nominees,” the 53-year-old actor said, adding later that he looks like “the crazy father, just like they said about Richard Williams.” Elsewhere in the speech, he justified his actions by saying that “love will make you do crazy things.” After the star-studded event, the Academy condemned the altercation on social media. “The Academy does not condone violence of any form,” a statement posted to the Academy of Motion Pictures Arts and Sciences’ Twitter account read.

Throughout the night and the following day, reports surfaced that Smith and Rock settled their dispute and that the comedian declined to file a police report. There’s also been a lot of chatter about whether or not the Academy can revoke Smith’s Oscar. A separate statement issued on Monday, March 28, read: “The Academy condemns the actions of Mr. Smith at last night’s show. We have officially started a formal review around the incident and will explore further action and consequences in accordance with our Bylaws, Standards of Conduct and California law.”

That same evening, Smith posted a formal apology to both Rock and the Academy on Instagram. “Violence in all of its forms is poisonous and destructive,” the Collateral Beauty star wrote, calling his behavior “unacceptable and inexcusable.” “Jokes at my expense are a part of the job, but a joke about Jada’s medical condition was too much for me to bear and I reacted emotionally. I would like to publicly apologize to you, Chris. I was out of line and I was wrong.”

Smith went on to say that he’s “embarrassed” by how he reacted and said that his actions “were not indicative of the man I want to be.” “There is no place for violence in a world of love and kindness. I would also like to apologize to the Academy, the producers of the show, all the attendees and everyone watching around the world. I would like to apologize to the Williams Family and my King Richard Family. I deeply regret that my behavior has stained what has been an otherwise gorgeous journey for all of us. I am a work in progress. Sincerely, Will.”

More like this
Melanie Lynskey Plays A “Ruthless Leader” In 'The Last Of Us'
By Brad Witter
The History Of Taylor Swift's "All Too Well" & What The Lyrics Actually Mean
By Jake Viswanath
The Meaning Of Steve Lacy’s “Bad Habit” Lyrics
By Radhika Menon
Taylor Lautner Copped To Finding Jacob "A Little Annoying" In Twilight
By Stephanie Topacio Long
Get Even More From Bustle — Sign Up For The Newsletter
From hair trends to relationship advice, our daily newsletter has everything you need to sound like a person who’s on TikTok, even if you aren’t.