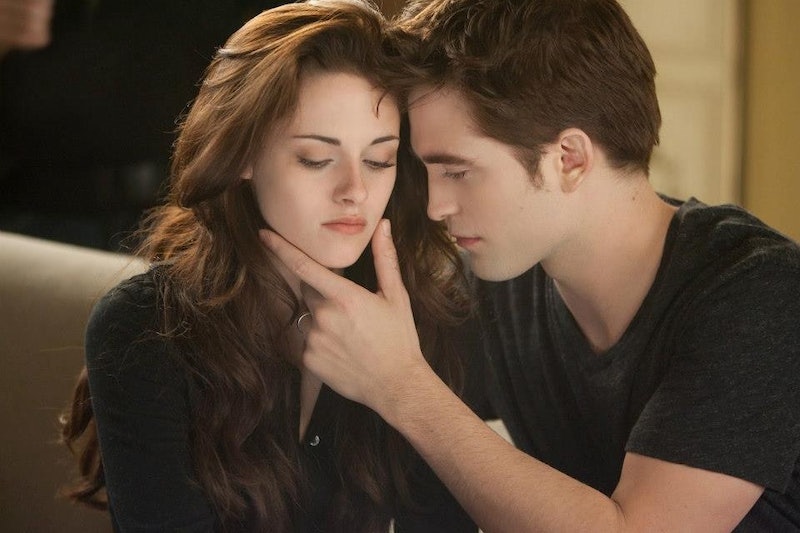 The final Twilight film may have come out in 2012, but even a decade later the grip the franchise has on the meme and fandom community has kept it extremely relevant. And with both the lead actors, Kristen Stewart (Spencer) and Robert Pattinson (The Batman), thriving in the acting world, Twilight director Catherine Hardwicke sat down to discuss the first film. One that revealed an interesting revelation about an “illegal” kiss.

On The Big Hit Show podcast, Hardwicke spoke about the process of casting for the first film - and all that entailed for Stewart and Pattinson. It seems where the casting of Stewart as Bella Swan was straightforward, looking for Edward Cullen was anything but. Hardwicke explained that whilst “tons of super good-looking guys” showed up for auditions, they all looked like “the boy next door” (as opposed to, you know, a sparkling deathly vampire).

When they eventually found Robert Pattinson, “his hair was black from some play, with these wacky bangs” and they decided he was the perfect fit. But things were hardly a smooth ride from there. Next came the chemistry test, which took place in Hardwicke’s Los Angeles home. As Hardwicke revealed:

“Rob and Kristen auditioned on my bed, the kissing scene, Rob was so into it he fell off the bed. I'm like, ‘Dude, calm down.’ And I'm in there filming with my little video camera, whatever.

That’s right. At the time, Pattinson was 21 years old, four years older than the leading lady, Kristen Stewart. In the USA, the age of consent varies from state to state, but in California it is firmly set at 18 - meaning Hardwicke was right to be concerned. Meanwhile in the UK, this lowers to the age of 16 (which might explain Pattinson’s apathy to the whole thing).

Despite the concerns, Twilight author Stephanie Meyer had originally been set on The Witcher star Henry Cavill to play the role, who was 24 at the time. But eventually agreed to the charms of Robert Pattinson. And it seems the age gap very quickly became obsolete as two years later Pattinson and Stewart were happily together and in love, both on and off-screen.