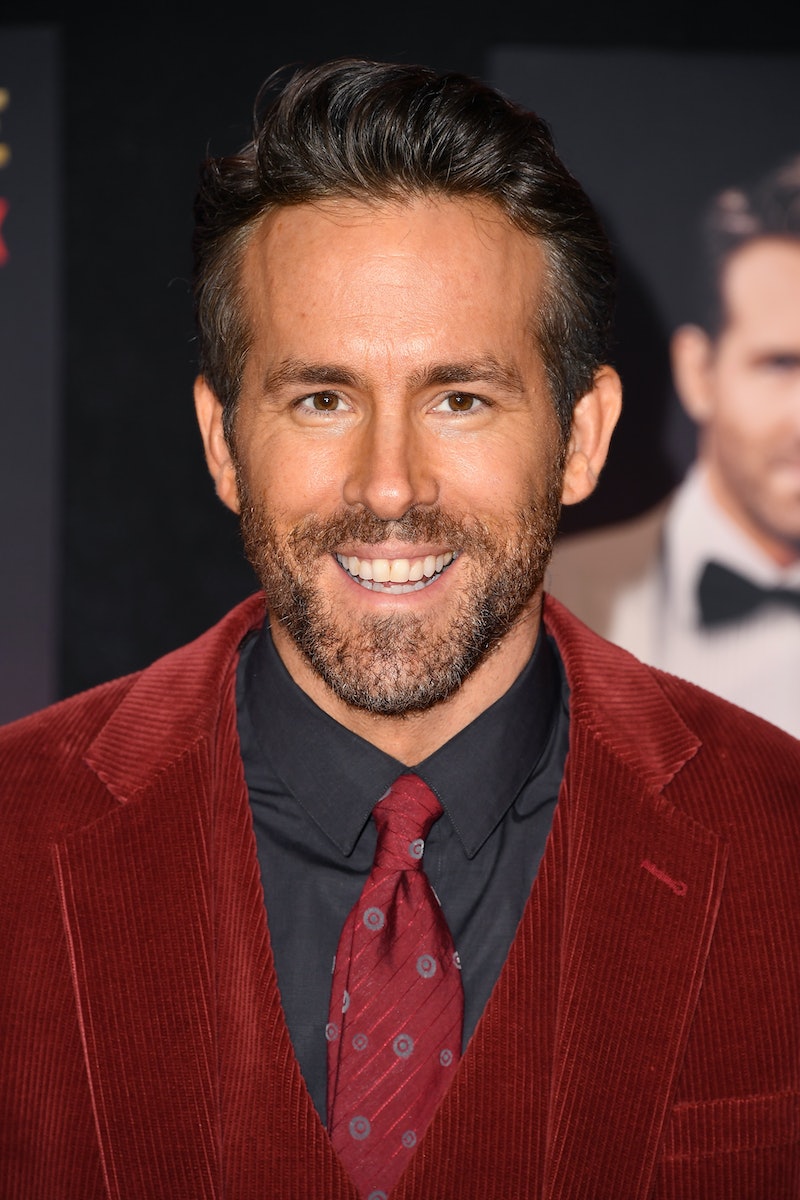 Ryan Reynolds hopefully still has a lot of life before him, but at the age of 45, he has chosen a song for his funeral. Luckily, it’s a tune the Red Notice star can enjoy many times before then — on every birthday and even just the times he needs a pick-me-up.

The actor’s chosen track was written and performed specifically for him by former Barenaked Ladies lead singer Steven Page, in honor of his win at the Governor General’s Performing Arts Awards. The Nov. 26 televised special showed him watching the pre-filmed performance after being given the 2021 National Arts Centre Award, which recognizes “work of an extraordinary nature in the performing arts” over the past year, per the organization. Called “Canada Loves You Back,” the catchy song celebrates Reynolds and his generous Canadian spirit, and it made him cry.

Reynolds was so moved that he posted the video on his Instagram — to his grid and stories — and his YouTube channel. It was in his stories that he noted the very momentous occasions “Canada Loves You Back” could be used for. “Huge thanks to @oddsmusic and my friend, @craignorthley for helping make a song which will triumphantly play at my funeral, and unfailingly bop at every birthday leading up to that funeral,” he wrote, also tagging Page. On YouTube, he wrote, “Despite what it may look like, I did not pay the Governor General’s Awards to make this.”

Like Reynolds himself, the video doesn’t take itself too seriously. It name-drops some of Canada’s most beloved stars, like Celine Dion and Alex Trebek, and embraces stereotypes such as plaid-wearing and wood-chopping. It even teases the actor with the lyrics, “Of all the Canadian Ryans / you’ve got to be in our top three.” But best of all, it sincerely honors Reynolds’ charity work, calling him “a genuine Canadian icon” and “Canada’s own superhero.” Amid the silly moments, representatives from multiple organizations and initiatives he has supported appear, including Food Banks Canada, SickKids Foundation, Group Effort Initiative, and Pacific Wild.

“Wow. Wow, that’s... that was stunning,” the actor said after viewing it, seemingly struggling to find his words. “I mean… that made me cry. Well, I guess I’ve made it. That was pretty crazy.”

On Instagram, he joked that he was “not crying. It’s just maple syrup.” However, he made it clear how much it truly meant in other posts and also expressed his gratitude to Canada’s Governor General, Mary Simon, and the National Arts Centre — as well as the country itself. His filmed acceptance speech likened Canada to a parent, saying it helped raise him and “taught [him] how to laugh at [himself].” Above all else, though, he credited his homeland with teaching him about kindness and sharing. “I feel like I’m the lucky beneficiary of Canada in so many ways,” he concluded.

For once, not even Hugh Jackman had the heart to troll Reynolds. He celebrated his friend and fellow actor by posting an Instagram story with the words, “Well deserved.” And it is indeed.

More like this
Brad Pitt Wants To Share The Spotlight With This Celeb In Shania Twain’s “That Don't Impress Me Much”
By Alyssa Lapid
Austin Butler Recalls Lisa Marie Presley Showing Him Elvis’ Bedroom
By Jake Viswanath
You’ll Definitely Recognise Isadóra Bjarkardóttir Barney’s Mum
By Maxine Harrison
Lisa Marie Presley's Secret Granddaughter Was Revealed At Her Funeral Out Of Nowhere
By Jake Viswanath
Get Even More From Bustle — Sign Up For The Newsletter
From hair trends to relationship advice, our daily newsletter has everything you need to sound like a person who’s on TikTok, even if you aren’t.