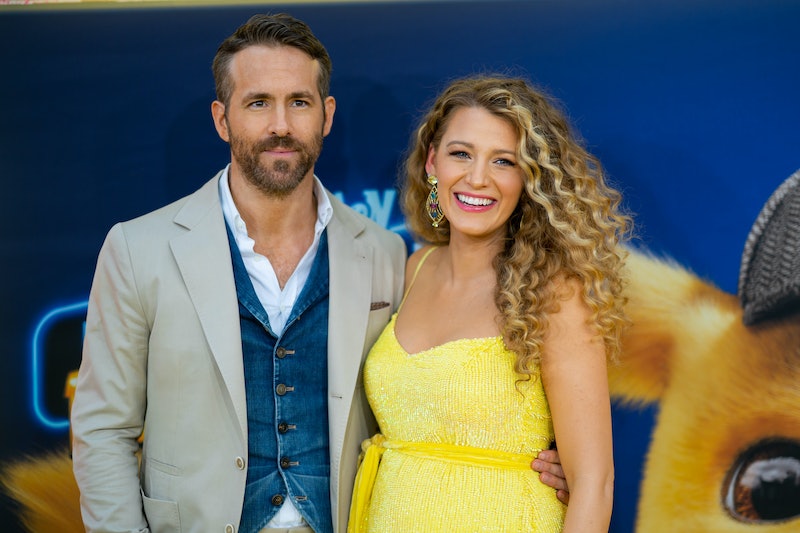 Even in quarantine, this celeb couple can't stop making fun of each other. Ryan Reynolds and Blake Lively trolled each other on Instagram this week, and this time it was about having another baby. The married duo is known for taking jabs at each other on social media, so it's no surprise that Reynolds sharing a post about his 2010 film Buried being on Hulu would result in another trolling session with Lively.

After Reynolds posted a video of himself in Buried (edited to also perfectly advertised his Aviation Gin), Lively replied, "I think I just got pregnant." The Deadpool star, of course, crafted a well-worded response that went as follows: "I will be out of the office starting July 22nd through the middle of forever and ever. If you need immediate assistance during by absence, please contact someone. Anyone. Otherwise I will respond to your message as soon as possible upon my unlikely return. Thank you."

Over the years, the couple has trolled each other repeatedly, especially on special occasions like birthdays and anniversaries. For example, in August 2017, Reynolds cropped out Lively's face when he shared a post on Instagram for her birthday. She did the same thing for his birthday in October of that same yea, and even took it one step further by not only cropping out Reynolds' face, but using a photo of Ryan Gosling, leaving only Gosling's face visible. Touché. And here they are in 2020 once again refusing to pass on yet another opportunity to troll each other.

As for them having another baby, who knows. Lively and Reynolds are already parents to three daughters — James, Ines , and their youngest, whose name has not been released to the public. The two are pretty private when it comes to their personal lives, and even more so with their children. So if they ever have another child, fans will either find out about Lively's pregnancy when she walks a red carpet (like she did the third time around), or she could give birth and no one would ever know (maybe not even Reynolds, given his intent to be away "forever and ever"). Whatever happens, at least Reynolds and Lively are kind enough to troll each other publicly for everyone's enjoyment.

More like this
Harry Styles Addresses The Theory That His New Song "Daylight" Is About Taylor Swift
By Jake Viswanath
Harry Styles Opened Up About Olivia Wilde With A Rare Comment About "Trust"
By Sophie McEvoy
Ryan Reynolds Brought Some Famous Friends To Wrexham A.F.C's Last Game Of The Season
By El Hunt
Fans Don't Think Kim Kardashian Actually Ate Anything In Her Beyond Meat Ad
By Jake Viswanath
Get Even More From Bustle — Sign Up For The Newsletter