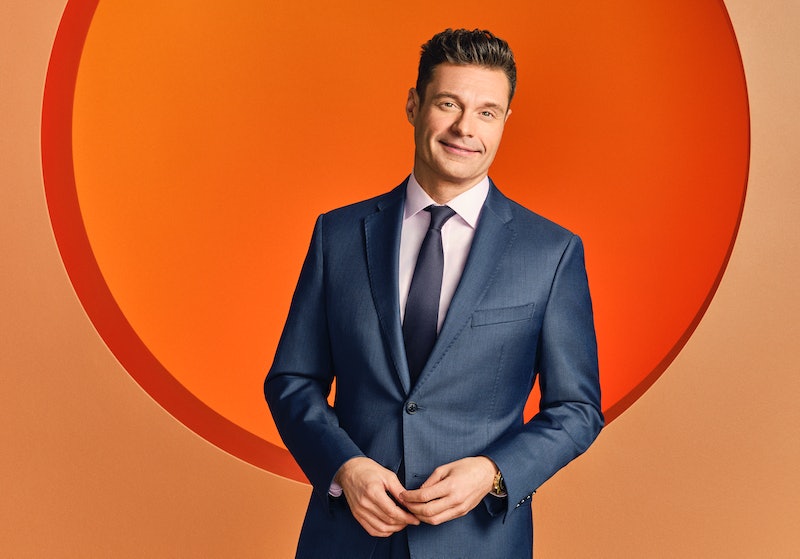 American Idol just wrapped up its 2022 season with host Ryan Seacrest announcing the franchise’s 20th winner on May 22. The 47-year-old media mogul landed this gig of a lifetime 20 years ago, ushering in a new era of reality TV and helping turn everyday Americans like Kelly Clarkson and Carrie Underwood into superstars. During his two decades at the Idol helm, he has also created a media empire outside of the show, managing to work at least three full-time jobs.

Once American Idol took off, Seacrest didn’t waste any time leveraging his new popularity and pull in the industry to seek out new opportunities, launch shows of his own, and straddle the line between TV and radio. Throughout the years, his power has grown — as has his net worth.

Read on to learn how much Seacrest makes from his many jobs and what he’s worth today.

7 Ways Ryan Seacrest Made His Fortune

Seacrest has American Idol to thank for so much in his career. The reality competition series not only turned him into a household figure, but it also made him extremely wealthy and opened quite a few doors for him to make even more money.

The host of American Idol reportedly earned $5 million for each of the first eight seasons of the show, according to The Hollywood Reporter. When it came time to renew his deal, Seacrest’s per-season salary tripled. From Season 9 through the end of the first iteration of the program, which concluded with Season 15, it appears he earned $15 million per season. He signed several contracts during that time, and he quickly returned to host the reboot, which saw the title move from Fox to ABC. For Seasons 16 through 20, Seacrest reportedly earned somewhere between $10 million and $12 million per season, according to reports from Forbes and Wall Street Journal. Adding up all those seasons, Seacrest may have been paid $200 million for his American Idol hosting duties.

Before American Idol turned him into a star, Seacrest found work hosting shows like Gladiators 2000, Wild Animal Games, CNET Central, Click, The NBC Saturday Night Movie, and Ultimate Revenge. What he was paid for these roles isn’t clear, but they got him started in the industry.

In 2005, Seacrest began co-hosting Dick Clark’s New Year's Rockin’ Eve, and once Dick Clark passed away in 2012, Seacrest took over the job, and he’s been executive producing the special for a number of years as well. He reportedly earns $1 million each year for the position, Forbes reports.

In 2006, Seacrest signed his first deal with E!, which was worth $21 million over three years. For that sum, he agreed to develop, create, launch, and even host a variety of programs for the cable network. As part of the deal, he became an integral part of titles like the channel’s Live from the Red Carpet awards show coverage, other similar events, interview specials, and he even earned the title of managing editor of E! News.

Six years later, Seacrest signed another deal, this time with NBCUniversal that saw him take on the responsibilities of serving as a special correspondent for Today and also for the 2012 Olympics. That contract may have earned him another $15 million. Since then, he has likely agreed to more deals with Comcast and NBCUniversal.

In 2017, Seacrest found yet another high-profile gig in TV, as he signed on to become Kelly Ripa’s full-time co-host on Live. He took over after Michael Strahan exited and a slew of well-known guest hosts filled in for several months. Seacrest has been sitting alongside Ripa for five years now, and he is reportedly earning at least $10 million per year to do so.

After becoming a famous TV host, Seacrest moved his talents to radio. In 2004, he began hosting both On Air with Ryan Seacrest and American Top 40, shows that ensure he’s heard on the radio waves nearly every day of the week. For the first five or six years, it appears he earned $15 million per year from the entertainment conglomerate, according to Variety.

In 2010, Seacrest renewed with Clear Channel, and he negotiated a large pay raise. He signed a three-year, $60 million deal to not only continue hosting his radio shows, which were distributed across the country, but to create more content and find ways to further engage the audience via concerts and more. That contract was extended at the same rate for another two years, padding his pocket by another $40 million in total, according to The New York Times. He renewed again in 2015 for three more years, and though a financial sum wasn’t made public, it was likely between $15 million and $20 million per year, as his role was expected to expand.

Seacrest’s years in radio as a star host have netted him at least $140 million, but the true total could be more than $200 million.

In 2006, as Seacrest signed his first TV deal with E!, he decided to make things more official and launch his namesake company, Ryan Seacrest Productions. Just six years later, Bain Capital invested $300 million in the firm, and that same year, Clear Channel purchased a minority stake for an untold sum. Five years after that, RSP signed a deal with ABC to produce scripted content.

With RSP, Seacrest has executive produced dozens of shows that have aired on several networks. One of the earliest programs the company launched was Keeping Up with the Kardashians, which ran for 20 seasons and ended up creating its own empire as well. The mogul is also credited as a producer on all related spinoffs, including Kourtney & Kim Take Miami, Kourtney and Kim Take New York, Khloé & Lamar, Rob & Chyna, and Life of Kylie.

Outside of that family, Seacrest has also executive produced other series like Momma’s Boys, Bromance, Denise Richards: It's Complicated, The Dance Scene, I Kid with Brad Garrett, The Wanted Life, Married To Jonas, The Million Second Quiz, Mixology, I Wanna Marry “Harry,” Shahs of Sunset, Shades of Blue, and Jamie Oliver’s Food Revolution, which won Seacrest an Emmy.

Seacrest has used his business acumen, resources, and fame to involve himself in other ventures. What he put into these projects, or earned from them, isn’t clear, but with at least two of them still operating, there’s a chance he has made some cash from his involvement.

In 2014, he invested in what was then called the Typo keyboard, which was essentially a phone case that could be fitted to an iPhone, adding a BlackBerry-style keyboard to the bottom. Unfortunately, not only was the product poorly reviewed, but BlackBerry sued until the firm essentially went under. That same year, the TV and radio host launched a fashion line for men that included dress shirts, suits, and accessories. He had almost always been seen in suits, so it made sense with his brand. Ryan Seacrest Distinction was first offered at Macy’s, but it doesn’t appear to be for sale via the retailer any longer. Now, fans who want to dress like Seacrest can pick up his offerings at Walmart or Amazon.

It would be five years before Seacrest launched a new business with his name attached. In 2019, he partnered with his dermatologist Dr. Harold Lancer, who calls himself “the expert that Hollywood's most recognizable faces, and bodies, trust to preserve and enhance their looks.” The two promoted a skincare line called Polished for Men, and while that doesn’t appear to be for sale any longer, Dr. Lancer has new offerings under his own name on Amazon.

In 2020, Seacrest invested in PathWater, and the company claims it is on “a mission to make the future sustainable as the go-to bottled water that helps everyone break the addiction to single-use plastic bottled water.”

Like most celebrities, Seacrest has also signed on to support large brands and specific products, appearing in commercials, ads, and attending in-person events on their behalf. He has done so with well-known companies like Coca-Cola, Bing, Procter & Gamble, Scope, and Crest. At one point, Forbes reported that Seacrest was earning $5 million from endorsement deals.

Seacrest owns extremely expensive real estate, and while no major sales in his name have been reported just yet, it looks like the TV personality may soon earn millions from one, or possibly two properties. Seacrest is currently attempting to sell his Beverly Hills mansion for $69.95 million, which is down from the $85 million it was first advertised for. He bought the home from Ellen DeGeneres in 2012 for $36.5 million, so should it go for the current asking price, he’d apparently earn tens of millions in profit. Seacrest is also looking to unload another Los Angeles home, which is currently on the market for $5.79 million.

What Is Ryan Seacrest’s Net Worth?

At present, Seacrest is worth $450 million, according to Celebrity Net Worth. He regularly brings in tens of millions of dollars per year, and he often ranks on lists of the highest-paid and highest-earning celebrities annually. In 2020 alone, Forbes reported that he took home $60 million between all of his endeavors.