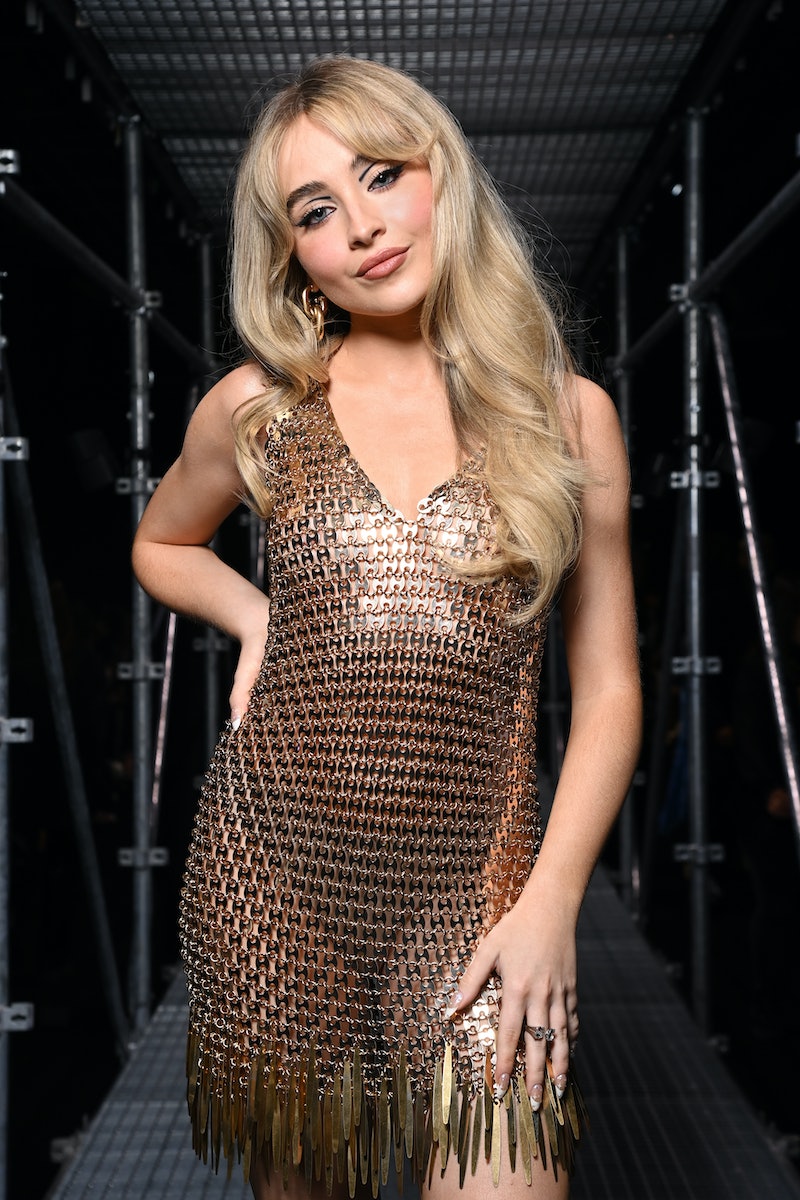 While Olivia Rodrigo’s “Drivers License” had everyone from Taylor Swift to the cast of Saturday Night Live gushing after it dropped in January 2021, the smash hit didn’t exactly bring Sabrina Carpenter the same joy. The lyrics stirred up a hornet’s nest of angry fans by seemingly hinting at a love triangle involving Rodrigo, Carpenter, and fellow singer-actor Joshua Bassett, and Carpenter became a target. That backlash now seems to be the inspiration for her latest single, “Because I Liked a Boy.”

Carpenter debuted the song’s music video on Friday, July 15, along with her new album, Emails I Can’t Send. Ahead of its release, Carpenter told Rolling Stone that the track “came from a really real place in [her] life” and that she’d dealt with “years where people were believing all these things that people were saying” that weren’t true. “It was very therapeutic to write that song from hindsight and being like, ‘Wow, one thing leads to another and things can really get out of hand,’” she explained.

The singer didn’t specifically tie her song to the dramatic “Drivers License” fallout, but her lyrics certainly seem to match it, given that the song is about being the target of people’s wrath simply because she liked a boy. She even mocks some of the awful comments she’d get: “I’m a homewrecker, I’m a slut,” she sings. “I got death threats filling up semitrucks.”

Carpenter later adds in the song, “I’m the hot topic on your tongue, I’m a rebound gettin’ ’round stealing from the young,” which sounds like a reference to the nearly four-year age gap between her and Rodrigo, also mentioned in “Drivers License.” Telling Rolling Stone that her favorite lyric is “Tell me who I am, because I don’t have a choice,” she explained, “It’s obviously sarcastic, but in the way that people can’t tell you who you are. Only if you allow them to, like really get under your skin.”

That message echoes the one in her 2021 single “Skin,” which also led to speculation that it was a response to “Drivers License.” In it, she sings, “Maybe blonde was the only rhyme,” possibly nodding to the “blonde girl” lyric in Rodrigo’s hit, and adds, “I wish you knew that even you can’t get under my skin if I don’t let you in.” After dropping the track, she wrote on Instagram that “some lines address a specific situation” but clarified that it was not meant to “diss one person.”

As with “Skin,” “Because I Liked a Boy” is about Carpenter’s own experience, but she thinks it’s relatable, too. “So many people probably have dealt with the situation of being labeled something that they’re not,” she told Rolling Stone. “And it’s frustrating because you want to do something about it.” She compared it to Emma Stone’s character in the movie Easy A and how she finds the 2010 comedy “weirdly empowering in a sense.”

Rodrigo has never confirmed that “Drivers License” is about Bassett or Carpenter, nor have they done so, but like Carpenter, Bassett has described struggling with public misconceptions in its wake. “People don’t know anything they’re talking about,” he told GQ in June 2021. (He has his own song, “Lie Lie Lie,” that some fans suspect is about Rodrigo.) We’ll probably never know exactly what went down between the three of them, but whatever the specifics, the singers seem to have been very musically inspired by the experience.