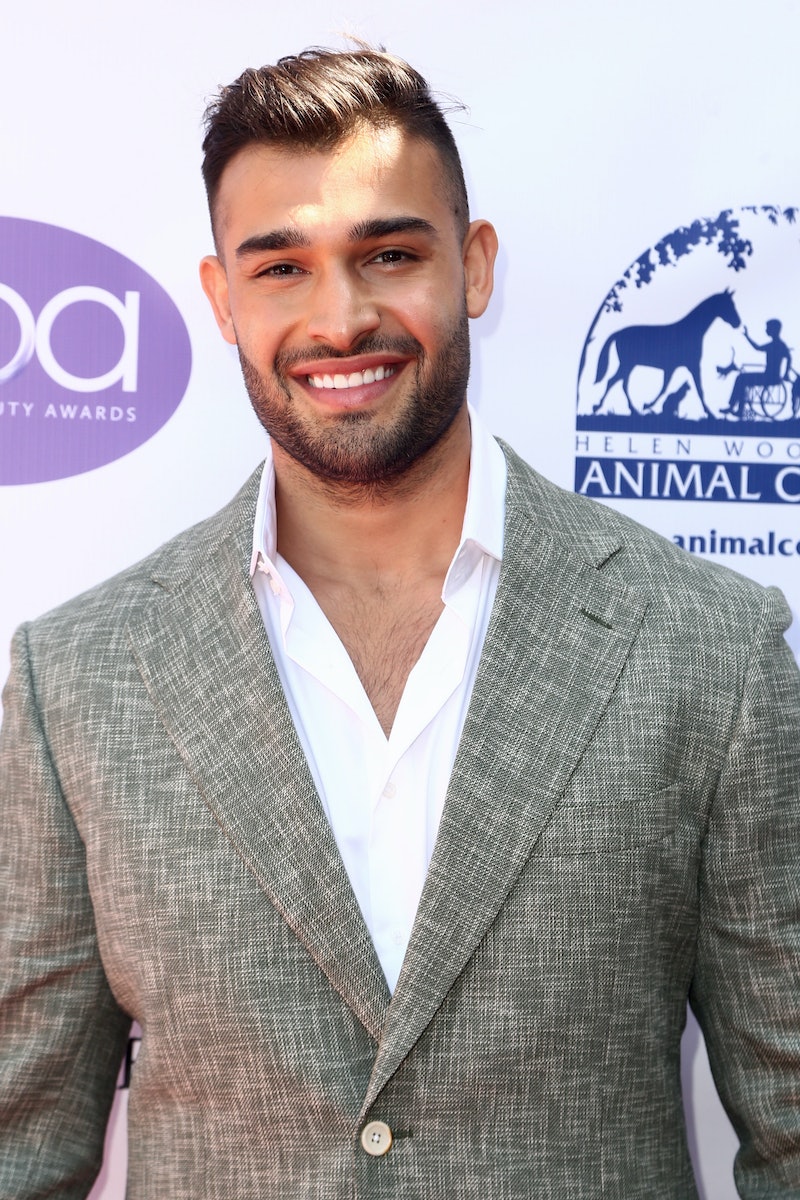 It’s been a busy (and pivotal) week for Britney Spears and Sam Asghari. After a judge terminated Spears’ conservatorship on Nov. 12, the engaged couple celebrated her newfound freedom on social media. “Good God I love my fans so much it’s crazy ... I think I’m gonna cry the rest of the day !!!! Best day ever,” wrote the “Toxic” singer after she and Asghari sported #FreeBritney shirts to honor the occasion. While Spears and Asghari are known to occasionally share their private lives with fans, he thinks a recent interview took his willingness to participate a little too far.

For a New York Times profile published on Nov. 13, though, Asghari was hesitant to talk about Spears or his future with her. In fact, per the paper, the actor “declined to acknowledge, by name or even oblique reference, [Spears] as a condition of granting an interview.” Though Asghari did not discuss his fiancée in the profile (where he’s introduced as “More Than Mr. Britney Spears”), Spears is mentioned throughout the article for context — and Asghari apparently took issue with that. “I am always learning,” he wrote in a Nov. 15 Instagram Story. “In this case I was surprised to find out even the most reputable publication will break a written agreement.”

The post also included a screenshot of what appeared to be that agreement. Though additional text is cut off, the snippet reads, “As a personal trainer and actor. It would not include coverage of his fiance or her conservatorship.”

“I have no hard feelings, it just comes with the territory,” continued Asghari. “I have great respect for ethical journalism and every other publication in six years has honored the same agreement that New York Times broke. Water under the bridge.” The actor and personal trainer, who recently appeared in Hacks, paired his post with a cartoon of water under a bridge, illustrations of Eric Cartman and Pinnochio, and three shrugging emojis.

Asghari has previously voiced his disappointment in how Spears has been covered in the media, writing that the slew of documentaries about the singer “left bad after taste,” though he “[doesn’t] blame CNN, BBC, or Netflix ... because as an actor, [he tells] other people’s stories too.”

More like this
Britney Spears Shared The Real Reason She Shut Down Her Instagram Account
By Brad Witter
Man Meets Politics: ‘Boy Meets World’ Star Ben Savage Is Running For Congress
By Jake Viswanath
Hilary Duff's Husband Matthew Koma Has Her Name Tattooed On His Butt
By Jake Viswanath and Stephanie Downs
'Friends' Star Maggie Wheeler Offers Support To Matthew Perry After Reading His Memoir
By Alyssa Lapid
Get Even More From Bustle — Sign Up For The Newsletter
From hair trends to relationship advice, our daily newsletter has everything you need to sound like a person who’s on TikTok, even if you aren’t.