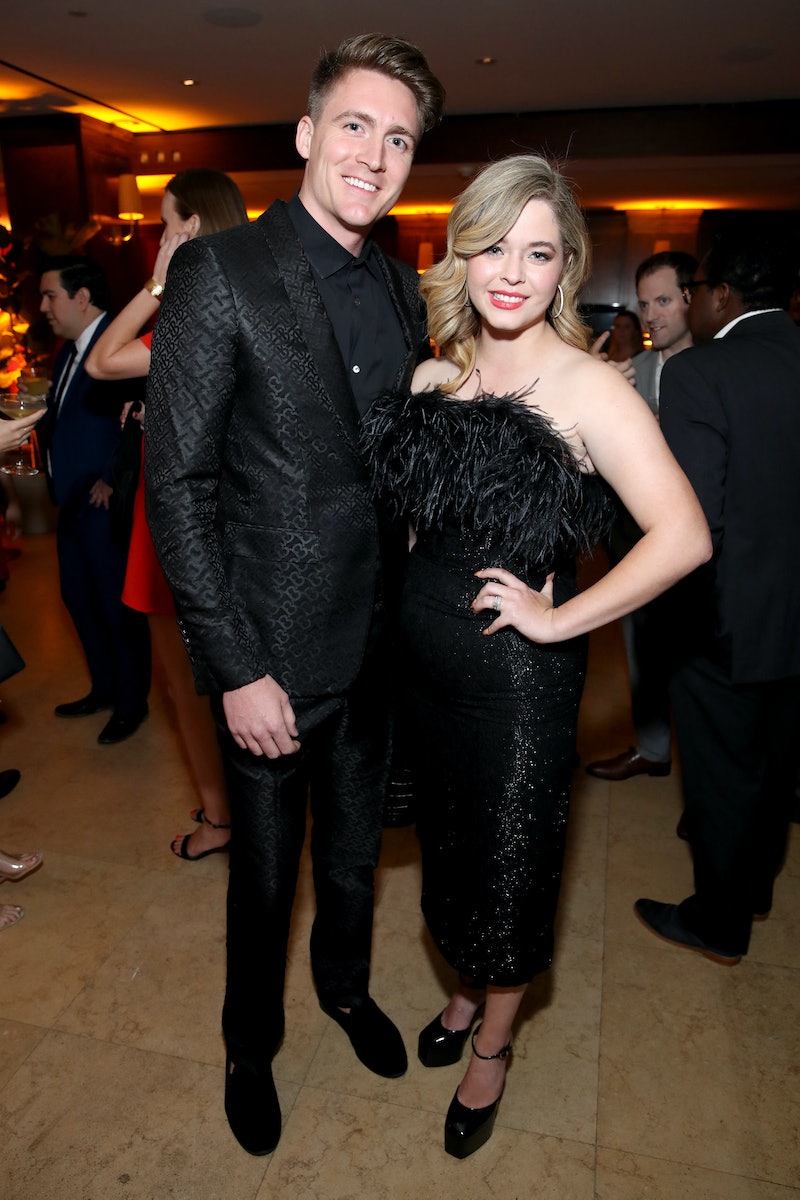 Pretty Little Liars might have ended in 2017, but if you were a fan of the show, chances are you still think about its stars and what they’re doing today. From personal milestones like Shay Mitchell welcoming her baby girl to professional projects like Lucy Hale’s starring roles in Katy Keene or The Hating Game, there’s always someone to cheer on.

Wondering what Alison herself is up to these days? The actor behind the twisted, mysterious PLL character is married and a new mom. Sasha Pieterse’s husband, Hudson Sheaffer, doesn’t seem to be as immersed in Hollywood as his wife, but he shares a lot about his life and professional projects on Instagram. Here is everything you should know about Sheaffer and the happy couple.

Sheaffer may not be primarily an actor like his wife, but he is a creative. In 2020, he announced the release of his cocktail book, Comics & Tonics, which adds a fun, illustrated flair to dinner-and-drinks routines. He previously worked in entertainment, too — per IMDb, he’s had roles on-screen and behind the camera, including serving as a stunt performer on The Dahlia Knights.

According to Sheaffer’s Instagram, he seems to enjoy adventurous travel with Pieterse. In 2019, he shared images of him swimming off a glacier in Alaska. A year earlier, they took wedding photos on the Cliffs of Moher.

Sheaffer posted a photo celebrating his birthday on Sept. 2. He captioned it: “I’m 32 today and not mad at it.” It’s not clear when (or how) Sheaffer met his now-wife, but they were engaged in 2015 — and two years later, the PLL star told People she’d “known him for so long.”

Sheaffer and Pieterse welcomed their son, Hendrix, in 2020, and the Comics & Tonics author loves being a parent. “While Sasha was at work today I got to hang with Hendrix, take him for a walk, get a giant meatball and FaceTime some lovely people,” he wrote in one recent Instagram post. “It’s the little things.”

He’s Been There Through Pieterse’s Struggle With PCOS

After being diagnosed with polycystic ovarian syndrome, Pieterse told People that Sheaffer helped her through the challenging disorder every step of the way. “It really, truly is reciprocated, and what we originated our relationship on was honesty, commitment, being loyal, being supportive, making sure that the communication is open enough and obviously love,” she said in 2017. “I think it’s incredible that I have all of that in him, and I’m excited to start our life together.”

He Likes To Give Back

When he’s not writing or spending time with baby Hendrix, one of Sheaffer’s primary pastimes seems to be giving back. In one Instagram post, he reflected on working with Habitat for Humanity in New Orleans. In another, he shared a throwback snap from a mission trip to Mexico.

Above all, if there’s one thing Sheaffer’s going to do, it’s hype up his wife. Plenty of posts celebrate Pieterse as a wife, mom, and creative force. “It’s amazing to be on this journey with you,” he wrote in a post about Pieterse’s new cookbook. “I’m so proud of you and I love you dearly!”