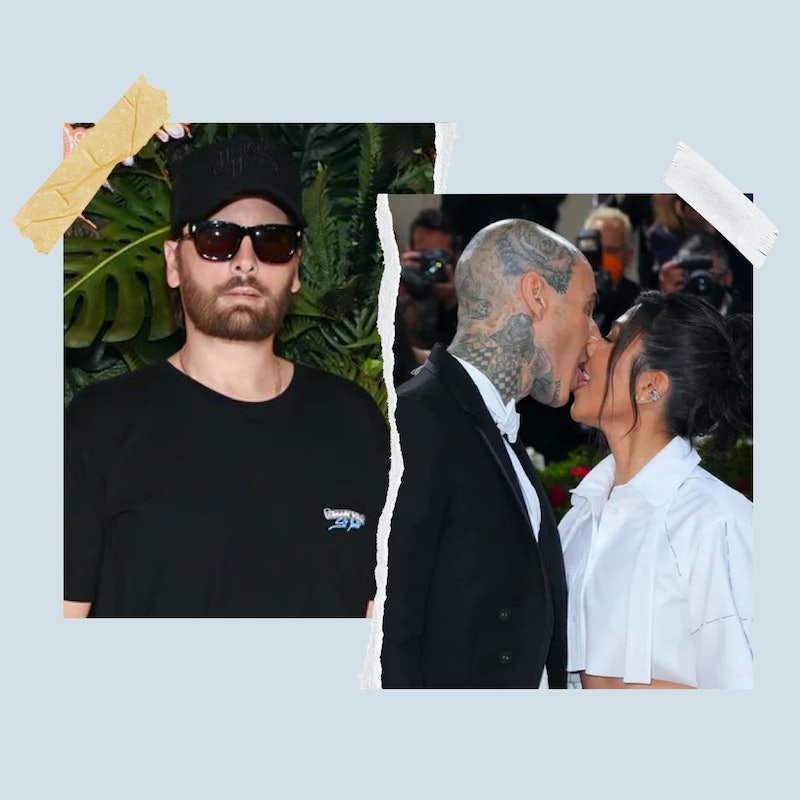 It started when Kris invited Scott to lunch to celebrate her birthday, which he found odd because the 66-year-old momager would usually throw a more lavish affair for her birthday. He uncovered that Kris was having a dinner party at her new home with just family and friends, including Kravis, which is why she hesitated to invite him. “I feel like I’m cheating on Kourtney if I tell you, because I would love for you to come over,” she said. He responded, “Why would I not come over? You told me I was your blood-related son when my parents died.” She replied, “I still feel the same way.”

“This sounds like the f*cking Oscars, and you’re trying to take me to lunch at Maria’s for a chopped salad? What am I, chopped liver?”

Kris tried to make it sound like a low-key soiree, but Scott wasn’t buying it after finding out Nobu was catering. “This sounds like the f*cking Oscars, and you’re trying to take me to lunch at Maria’s for a chopped salad? What am I, chopped liver?” he said in a confessional. Eventually, Kris relented as long as he was cool with Travis. “For me to hear that you are having a little soiree and you don’t think to invite me makes me feel like complete sh*t,” he said. “Could you imagine if I singled you out? It’s just mean.” Kris answered, “I don’t have a mean bone in my body,” He replied, “You do.”

Needless to say, Scott showed up to Kris’ dinner party, and while he was nothing but friendly and congratulatory to Kourtney and Travis, things did get a little awkward when the couple started making out and canoodling smack dab in the living room in full view of Scott. “Oh, this couldn’t be more awkward,” Kris remarked. Apparently, this was Kourtney’s idea of light PDA. “I know we were holding back,” she said in a confessional. “We weren’t just fully going for it.”

After the party, Scott also sparred with Kendall, who didn’t invite him to her own birthday dinner for the same reasons. “I’m so sorry that makes you sad, and I’m not ever trying to leave you out,” she said, pointing out that she raised concerns about Scott when Kravis got engaged. “Great, and then I heard that, and then you don’t invite me to your birthday,” he said. “Kourtney at the end of the day is my sister,” she explained, before repeatedly getting interrupted by Scott and then reaching her limit. “I’m out, this is so f*cking ridiculous,” she said, storming away from the table.