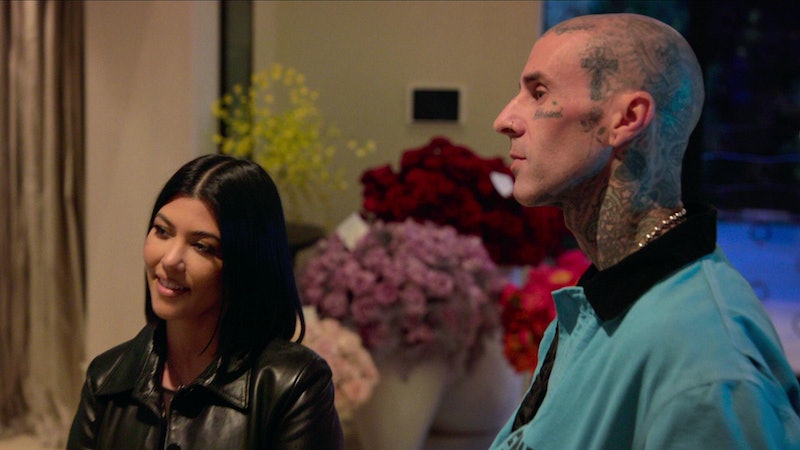 When Kim Kardashian lost her diamond earring in the ocean years ago, her sister Kourtney was quick to send her back down to reality with the now-infamous quote, “Kim, there’s people that are dying.” Well, now, Kourtney knows how it feels to lose or damage valuable jewelry. On Episode 5 of Hulu’s The Kardashians, which premiered on May 12, Kourtney revealed that she accidentally broke the engagement ring Travis Barker gave her, causing her to cry in her closet for hours.

“This is probably one of the worst things I’ve ever done in my whole life, by the way,” Kourtney told her mom, Kris Jenner, before telling the story. Kourtney was sitting on the floor folding laundry and decided to remove her engagement ring and put it next to her, thinking it would be kept safe. But when she stood up to grab something then sat back down, she accidentally stepped on the ring. “I was like hysterically crying in my closet for like, hours,” she said. “And then I called Travis. I was like, ‘I did something really f*cking bad,’ and he handled it the best, but it really gave me a nervous breakdown.” Kris agreed, quipping, “You’re going to give me a nervous breakdown.”

Barker proposed to Kourtney in October 2021 after he visited her late father’s grave and asked him for his blessing. He popped the question with a ring from Lorraine Schwartz, who says the Blink-182 drummer was a huge part of the design process. “It’s a flawless, beautifully cut diamond stone,” the jeweler told People at the time. “I worked on it with Travis and he was a really big part of it. He was really hands-on in the whole making of it. It’s gorgeous and they’re happy.”

READ NEXT: Everything To Know About Kourtney’s Ring

Kourtney didn’t specify how the ring was damaged, but her mistake weighed on her regardless. “This is the most beautiful thing that I’ve ever had in my life,” she remarked. “How could I have done that?” In a confessional, she revealed how much thought her fiancé put into her rock. “Travis picked it out, he designed it, he looked at so many stones and said this was me in a stone,” she said. “I thought that was really special.”