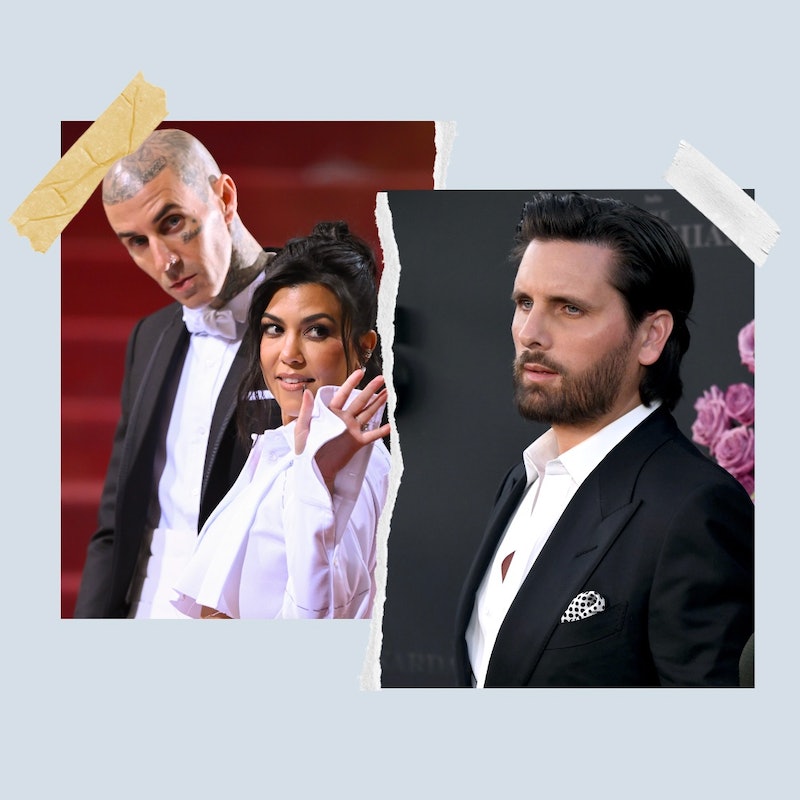 It’s no secret that Scott Disick is still in love with Kourtney Kardashian — even her sister Khloé pointed that out on the first episode of Hulu’s The Kardashians. So when Kourtney got engaged to Travis Barker in October 2021, many fans’ first reaction was to ask Scott was doing after the announcement. On Episode 4 of The Kardashians, which premiered on May 5, Scott reacted to Kourtney and Travis’ engagement, but the thing he was most upset about surprised viewers.

Kourtney’s mom Kris Jenner opted not to bring Kourtney and Scott’s 12-year-old son Mason, 9-year-old daughter Penelope, and 7-year-old son Reign to Travis’ secret proposal, out of concern that they may be too young to process the big life change. “I’m not sure if any of us know how they’re exactly gonna react,” Kris told Kim. But when the kids found out their family celebrated the engagement in Santa Barbara without them, they grew upset, which also upset Scott. “They didn’t understand why they were watching TikToks of his kids there, and they weren’t there,” he told Khloé. “Hopefully they’ll be invited to the wedding ... am I invited to the wedding?”

Kourtney agreed with her ex, voicing disapproval about her children’s absence. “I do wish my kids were here, I think it would have made them feel more included in the decision, and part of the surprise,” she said. “I know that my mom made that decision, and it probably wasn’t her best.”

READ NEXT: Travis Visited Kourtney’s Dad’s Grave To Get His Blessing

When it comes to Scott’s feelings on the engagement, Khloé initially reported after the proposal that he worried, “You guys are gonna kick me out now, I’m not involved in the family.” But when she visited Scott, he said he “wasn’t caught that off-guard,” thought they would’ve been married already, and even expressed gratitude that Kourtney was settling with someone who wasn’t him. “Don’t get me wrong, I’ll always love your sister,” he said. “It does give me a lot of relief that she’s happy, somebody else is taking care of her. I kind of, in a selfish way, feel that a lot has been lifted off of me. I think in the end, it’s a good thing. I couldn’t do the job of being with her, so I salute Travis. He’s in for a lot of work. Kourtney is not the simplest when it comes to ... everything.”

However, Khloé was quick to call his bluff. “This is just him being snarky,” she said in a confessional. “He’s acting out. I’m not going to be combative and push back because it’s so clear, it’s so transparent, I get what he’s doing. But if Kourtney was such a problem, then why would he want to be with her for so many years?” The saga of Kourtney and Scott continues.