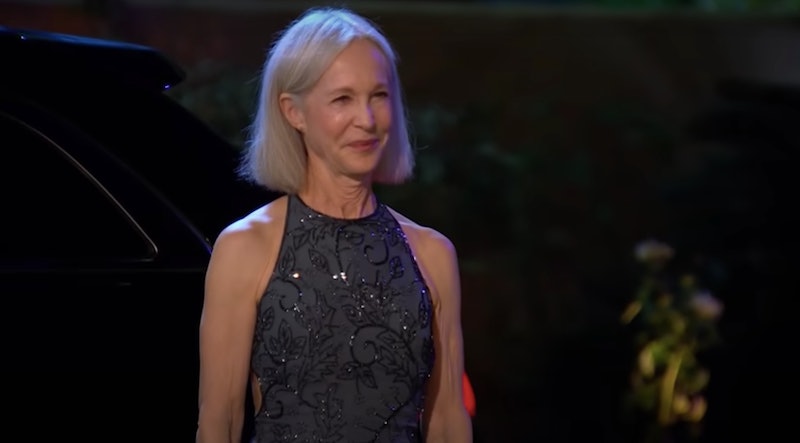 From The Bachelor, to The Bachelorette, to Bachelor in Paradise, there are three running titles in the Bachelor franchise — enough year-round programming to ensure you never have to go too long without some rose ceremony drama. But for the most avid Bachelor Nation devotee, there’s always room for more. Like, maybe, a senior Bachelor spinoff?

Audiences were first introduced to the idea of a senior Bachelor after several casting commercials asking for seniors over the age of 65 aired during Peter Weber’s season of The Bachelor. However, it wasn’t until two years later, during the premiere of Clayton’s Echard’s season on Jan. 3, that fans got their first taste of the spinoff. During the contestant entrances, 63-year-old retiree Holly emerged from her limo and approached an amused Clayton. “I’m Holly, I’m a mother of two, and I want to have grandchildren, and I’m so excited to be here,” she said. “But I’m here for the other Bachelor, you know, the older, senior, Bachelor, so I feel like I’m in the wrong place.”

She ultimately played the whole thing off as a joke before introducing contestant Rachel Recchia — but it definitely seemed like ABC was planting some seeds. Nearly a year later, though, no show has been announced. So, is the senior Bachelor still happening?

Our most recent update was in April when Walt Disney Television exec Rob Mills told Variety the show still was “definitely going to happen at some point.” Until then, here’s everything we know about the senior Bachelor spinoff so far.

What Is The Senior Bachelor About?

Mills first spoke about the show in a July 2020 interview with Variety. “Some of the casting interviews we got, they were just so touching,” he said. “It’s such a different way of doing The Bachelor because these people are just at a totally different place in their lives.”

It’s still unclear if the series will function more like Bachelor in Paradise — with multiple men and women meeting and dating — or the franchise’s more traditional titles, with one senior man dating multiple senior women and vice versa. But Mills noted that there will obviously be some key differences. Hometowns, for example, will consist of meeting the contestants’ children and other extended family instead of parents. “There is an interesting thing about people who have hit the other end of the spectrum, who’ve lived their lives, they’ve raised their kids, some have been widowed or divorced and maybe some have never been in love. We thought that would be an interesting dynamic through the Bachelor prism,” Mills said.

According to the ABC casting site, the network is still combing the country for contestants. “Are you entering your golden years and looking for romance? The producers of The Bachelor are looking for active and outgoing single men and women ... for a new exciting dating show!” the site reads. If you know anyone who you think may be a good fit, you can submit their application here.

Gabby Windey’s Grandpa John was a fan favorite for the show, and Mills addressed the possibility of his casting with Variety in April. Though he said he’d “be crazy to say that [ABC] didn’t notice all the affection and interest,” Mills did point out that Grandpa John still wears his wedding ring, “so ... he might not be ready for something like this.”

“The response to that is so massive every time we put up a casting call, so I think it’s definitely coming sooner rather than later,” Mills told Variety, adding that the show “really [feels] a responsibility to find the right person to be that senior Bachelor,” and is “looking back in earnest at it.”

This article was originally published on Jan. 11, 2022