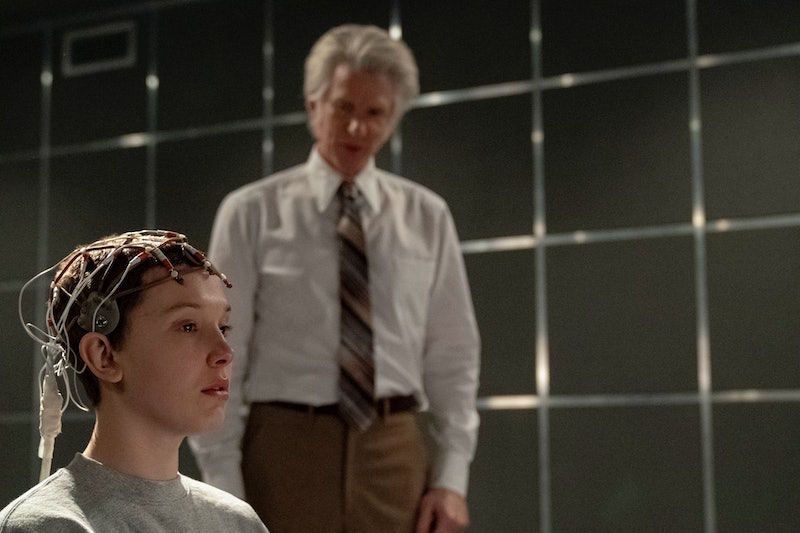 Stranger Things 4 may have been super-sized in length, ambition, and narrative stakes, but its nine action-packed episodes definitely flew by. After splitting the season into two parts, with Volume 2 now streaming on Netflix, Stranger Things is leaving fans emotionally exhausted (and devastated). In addition to dealing with the ramifications of the Season 4 finale, viewers also have to wait an unknown period of time for Season 5.

Long-time fans are no strangers to having to get through a long hiatus between seasons, and it’s likely they won’t have to wait a full three years for the final installment. But if you just caught the Stranger Things bug or are looking for something else to drown your Season 4 finale sorrows in, here are six TV shows with characters who are just as riveting as the Hawkins gang and stories that will keep you on the edge of your seat.

Consisting of just two seasons, The OA is a minding-bending Netflix thriller. The show follows the story of a young woman who returns home after a seven-year disappearance. Initially blind and known as Prairie, she returns with perfect vision and begins going by the name OA (Original Angel). Her parents and the FBI are intensely curious about her disappearance, but Prairie remains tight-lipped. As the mystery unravels, we learn about her ability to travel between time and dimensions, resulting in life-altering and, at times, life-ending experiences.

Dark is a popular sci-fi thriller on Netflix. After two children go missing in a small German town, the duplicitous lives of four families become fractured in their search for their kids. The series, however, is less about the investigation itself and more about the ever-unraveling puzzle of characters —all have some connection to the town’s troubled history. Taking place in 2017, the show plays with elements of time and cross-dimensional travel, sending characters back and forth between the present day and 1986. Over three seasons, the series surpasses the bounds of space and time, asking whether our futures and pasts are fated or tragically malleable.

Though it may seem like a retro show, I Am Not Okay With This is set in modern day. But that doesn’t mean it isn’t chock-full of enough 70s and 80s references to tide you over until Stranger Things returns. The series stars Sophia Lillis and Wyatt Oleff (the actors appear in 2017’s IT alongside Finn Wolfhard). Streaming on Netflix, the show is based on a graphic novel that follows a teenage girl navigating the usual angst and difficulties of high school, her peculiar family, and burgeoning sexuality. All of that is difficult enough, but then she develops mysterious superpowers. Her psychokinesis is unfortunately ignited by intense emotions of grief, anger, embarrassment, and jealousy, which any struggling teen may find hard to avoid.

Mike Flanagan’s The Haunting Of... shows are certainly the most horror-heavy titles on the list. The anthology series assigns new visions to classic horror texts. The Haunting of Hill House and The Haunting of Bly Manor take seminal frights like 1963’s The Haunting, and the 1898 novella, The Turning of the Screw, and adapt them across sprawling timelines. Available on Netflix, both shows jump back and forth in time, with casts that feature as many cute children as they do shadowy ghosts. Come for terrifying mysteries and stay for the heartwarming bonds that make the characters so compelling.

Imagine if the Upside Down swapped monsters with a lack of parental supervision. That’s Netflix’s The Society. The series follows a town of teenagers who are inexplicably transported to a different version of their New England town. They are left to fend for themselves without any trace of their parents. The teenagers band together to figure out how to return home, but power struggles within their new society make things difficult in this sci-fi Lord of the Flies-style thriller.

For as phenomenal as it is, there’s no getting around the derivative nature of Stranger Things. The show owes a lot of its popularity to its use of nostalgia and paying homage to older movies. It’s hard to miss all the Stephen King references throughout the series. Bands of outcast friends traverse train tracks and fight monsters, like in It or Stand By Me. A little girl with telekinetic powers is on the run from governmental officials, like Firestarter. Even the interdimensional portal that leaks into the known world smacks of The Mist.

This is why anyone who’s a fan of the horror elements throughout Stranger Things should give Castle Rock a go. The series has two seasons on Hulu, chronicling a connected Stephen King universe. The series features several titles like The Shining, Stand By Me, Misery, Salem’s Lot, and The Shawshank Redemption, to name a few, all of which exist in an interconnected story within King’s literary world. Like Stranger Things, it uses familiarity, suspense, and horror to create a chilling and thought-provoking tale.

More like this
'Stranger Things' Season 5 Will Echo Season 1 In A Key Way, The Duffer Brothers Confirm
By Kadin Burnett and Sophie McEvoy
Here’s How You Can Watch Season 3 Of 'Never Have I Ever' In The UK
By Frances Stewart
Pete Davidson Runs To Shower With Kim K In 'The Kardashians' Season 2 Trailer
By Jake Viswanath
Does 'Locke & Key’s Ending Mean There Could Be A Season 4?
By Sophia Moore
Get Even More From Bustle — Sign Up For The Newsletter