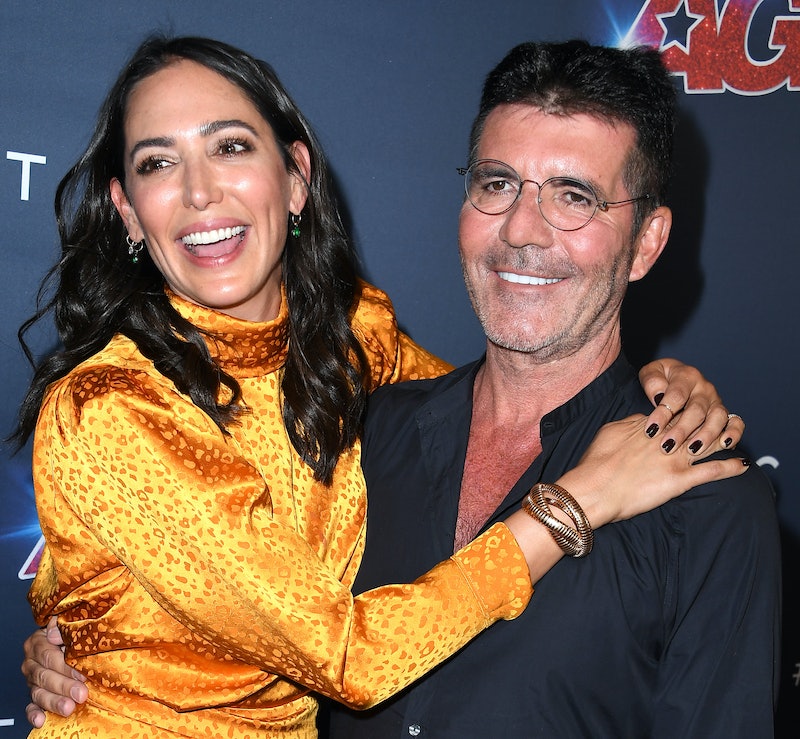 Simon Cowell is known for his tough-love judging on X Factor and Britain’s Got Talent. Over the years, the music mogul’s approach has softened, especially since the birth of his son, Eric, in 2014. And it appears that since the end of the 17-series-long singing competition in 2018, the 62-year-old has become even more of a family man. Cowell confirmed on Tuesday that he is engaged to his partner of 13 years, Lauren Silverman.

While the former music boss has mostly been out of the spotlight since he broke his back in August 2020, he’s back in the headlines after popping the question on Christmas Eve while holidaying in Barbados, per The Sun. He proposed in front of their son, Eric, and Lauren’s 16-year-old son from her previous marriage, Adam.

The couple first met in 2004 when American socialite Lauren, 44, was still married to businessman Andrew Silverman – in fact, Andrew actually introduced the two. They were rumoured to have started dating in 2009 but only went public with their relationship in 2013. Their son, Eric, was born shortly after, on Valentine's Day the next year. He was named after the Britain’s Got Talent judge’s late father.

Cowell hasn’t always been a fan of tying the knot. In 2008, he claimed: “I don’t believe in marriage, certainly not in this business.” He continued, “The truth is that you get married and in a year or two they clean you out! It’s just not going to work.”

Over the years, he’s had relationships with Sinitta, model Louise Payne, and actress Terri Seymour. He was engaged to Afghan makeup artist Mezhgan Hussainy between 2010 and 2011, which he later labelled “a big mistake”.

The reality TV judge was asked by Ryan Seacrest if he ever planned on marrying Lauren Silverman, to which he replied: "Let's put it this way, I wouldn't expect her to be a single mother."

The couple had reportedly gotten closer over the lockdowns, with their relationship going from strength to strength. In a November 2021 interview with OK! magazine, Cowell discussed their mostly private relationship, saying: “Like everyone, we were in lockdown for a long time and that’s when you realise whether or not you actually enjoy each other’s company or not. And we really did.

“So, to answer your question, yes, the romance is still alive. We’re closer than ever.”

The happy couple share properties around the world including in Los Angeles, Barbados and London. The mogul is said to be worth over £360 million, while his fiancée is a millionaire in her own right.

A source told The Sun: “Lauren has been Simon’s rock over these past few years – supporting him when he broke his back, and through thick and thin generally. They make a wonderful couple.” They added: “Whilst Simon never thought he was the marrying type, he’s realised he’s met the woman of his dreams – and couldn’t be happier. In the words of Beyoncé, it was time to put a ring on it.”

Fellow BGT judge and friend Amanda Holden reacted to the engagement announcement, stating: “I have to say, I’m probably as shocked as Lauren!”

More like this
4 Surprising Celeb Throuples That Got The Internet Talking
By Sophie McEvoy
Taylor Swift & Harry Styles Had A Secret Reunion At The Grammys
By Shahed Ezaydi
Maya Jama’s Net Worth Definitely Won’t Give You The Ick
By Sophie McEvoy
Twitter Is Saying The Same Thing About Beyoncé's Renaissance World Tour
By Shahed Ezaydi
Get The Very Best Of Bustle/UK
Sign up for Bustle UK's twice-weekly newsletter, featuring the latest must-watch TV, moving personal stories, and expert advice on the hottest viral buys.