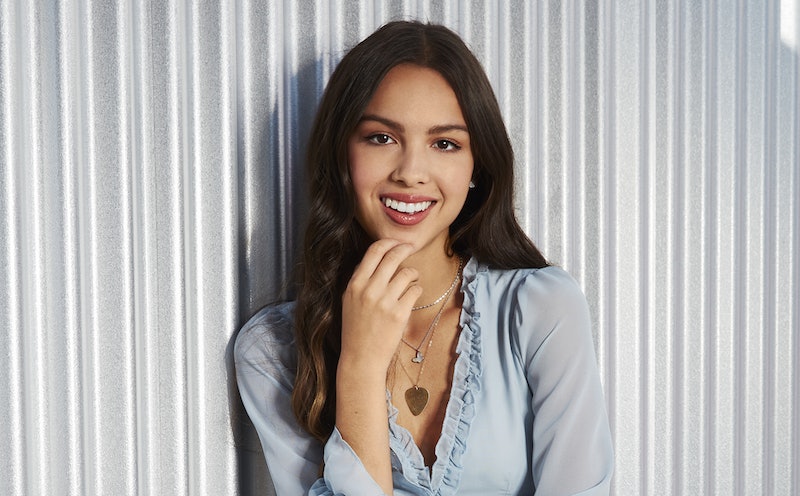 After successfully putting on a production of High School Musical, the East High Wildcats are taking on yet another beloved musical in Season 2 of High School Musical: The Musical: The Series with Beauty and the Beast. That means we’ll undoubtedly get new renditions of the play’s most iconic songs, but there are also quite a few new original tracks in the show as well.

The full Season 2 soundtrack has not yet been released, but the cast has already previewed a few songs. One of them is titled “Even When/The Best Part,” which is sung by Nini (Olivia Rodrigo) and Ricky (Joshua Bassett) as they navigate their new long-distance relationship following Nini’s decision to leave Salt Lake City and attend the Youth Actors Conservatory in Denver. On Valentine’s Day, Ricky takes a bus to Denver to surprise Nini with his song, “Even When,” but at the same time, Nini arrives at his house in Salt Lake City to sing him her own song, “The Best Part.” The result is a duet that they perform together while miles apart.

"This song originated in the writers' room when our writing producer Zach Dodes said, 'Wouldn't it be cool if Ricky and Nini kept missing each other on Valentine's Day, and so they each call each other at midnight and play a song they wrote for the other one — and through the magic of showbiz, the songs blended together?'" showrunner Tim Federle told Billboard. "Olivia and Josh are such talented singer-actors, and the songwriters struck the perfect note in writing this 'accidental duet.'"

Federle also teased to Entertainment Weekly that Rodrigo wrote another hit song for Season 2, just as she did with “All I Want” in Season 1. "Olivia's got a song in Season 2 that the first time I heard it I was like, I actually think this is better than ‘All I Want,'" Federle said.

Rodrigo described the song as a “hopeful” one that challenged her a lot as a songwriter. "The success of the music I've put out recently has given me a lot of confidence as a writer and in the other songs that I've written," the “Driver’s License” singer told Entertainment Weekly. "I think it's one of the best songs I've written. It's this really intricate metaphor and I've never written a song like that before."

She added that the song is about Nini feeling misrepresented — something she can understand as her own fame grows. "I've always struggled with identity, and that only gets more confusing when you start to introduce boys into the equation, which was what Nini is going through and what I'm still going through," Rodrigo said. "It was really important for me to write a song with a message that you're so much more than what boys think of you. That was something that I actually needed to hear myself in that time. I'm really proud of that song."

More like this
The 'Freeridge' Cast Shared Their Hopes For A Potential Season 2
By Grace Wehniainen
Netflix Shut Down 'Bridgerton' S3 Rumours About A “Very Dark” Storyline
By Bustle
'Bridgerton' S3 Will Show A *Very* Different Side To Kanthony
By Sam Ramsden
Everything To Know About A Potential 'Lockwood & Co.' Season 2
By Gretchen Smail
Get Even More From Bustle — Sign Up For The Newsletter
From hair trends to relationship advice, our daily newsletter has everything you need to sound like a person who’s on TikTok, even if you aren’t.