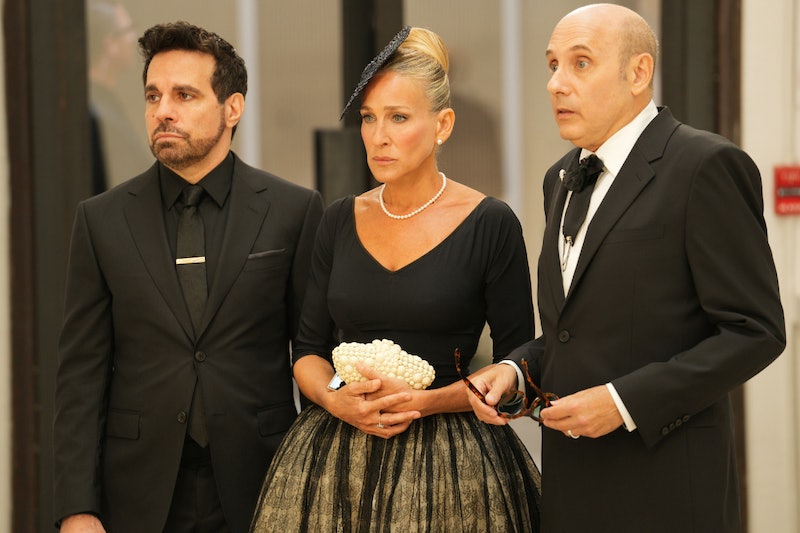 Major spoilers ahead for the Sex and the City reboot, And Just Like That. The SATC faithful have a huge loss to grieve thanks to the new show, but that didn’t stop SoulCycle from getting a little shady about how a rival business was involved in the tragic storyline. The fitness company hilariously addressed the premiere episode’s shocking death on Twitter on Friday, Dec. 10 and “couldn’t help but wonder” (à la Carrie Bradshaw) what might have been if Mr. Big had chosen to ride with Soul.

For anyone who needs context, And Just Like That… started with Carrie (Sarah Jessica Parker) and her longtime love, Big (Chris Noth), wrapped up in marital bliss. Sadly, that was soon ripped away when Big’s Peloton ride ended with a sudden heart attack. Carrie arrived home from a piano recital to find him slumped in the shower, and he died in her arms.

Heartbreaking or not, SoulCycle decided to inject the situation with some dark humor. The company’s official account refrained from actually naming Peloton, but the message was clear nonetheless. “We couldn’t help but wonder…maybe Mr. Big should have gone to SoulCycle instead,” SoulCycle tweeted, adding the And Just Like That… hashtag.

Peloton hasn’t responded to the tweet at the time of this writing, but it did respond to Big’s demise. In a statement to the Los Angeles Times, Dr. Suzanne Steinbaum of Peloton’s health and wellness advisory council expressed sadness at the fictional character’s heart attack, and then went on to remind fans of his “lifestyle choices” that likely caused more harm than his exercise bike.

“Mr. Big lived what many would call an extravagant lifestyle — including cocktails, cigars, and big steaks — and was at serious risk as he had a previous cardiac event in Season 6,” Steinbaum said. “These lifestyle choices and perhaps even his family history, which often is a significant factor, were the likely cause of his death. Riding his Peloton Bike may have even helped delay his cardiac event.”

Of course, the real reason Big died was because that’s the story And Just Like That… creator Michael Patrick King wanted to tell. He explained his decision during a roundtable on Friday, calling it “great for Carrie’s character,” per Variety. “She’s always never been able to have him,” King said. “She only got him at the end of the series and she’s only had him really a little bit of time. Now he’s taken away, but not by another lady on the Upper East Side or by divorce — but by something she can never rationalize, which is a death.”

Moving forward, that means viewers will see Carrie as she mourns, heals, and moves on to life without Mr. Big — and possibly without her Peloton, too, much to SoulCycle’s delight.

More like this
Kim Cattrall Spilled All The Tea About Not Being In The 'Sex And The City' Reboot
By Radhika Menon
Watch 'Drag Race' Queens Get New Drag Names In This Exclusive 'iCarly' Video
By Jake Viswanath
Hilary Duff Spills The Tea On Why Disney+ Canceled The 'Lizzie McGuire' Reboot
By Jake Viswanath
What Is Jeanie Buss' Net Worth? The Lakers President Is Uber Rich
By Hugh McIntyre
Get Even More From Bustle — Sign Up For The Newsletter