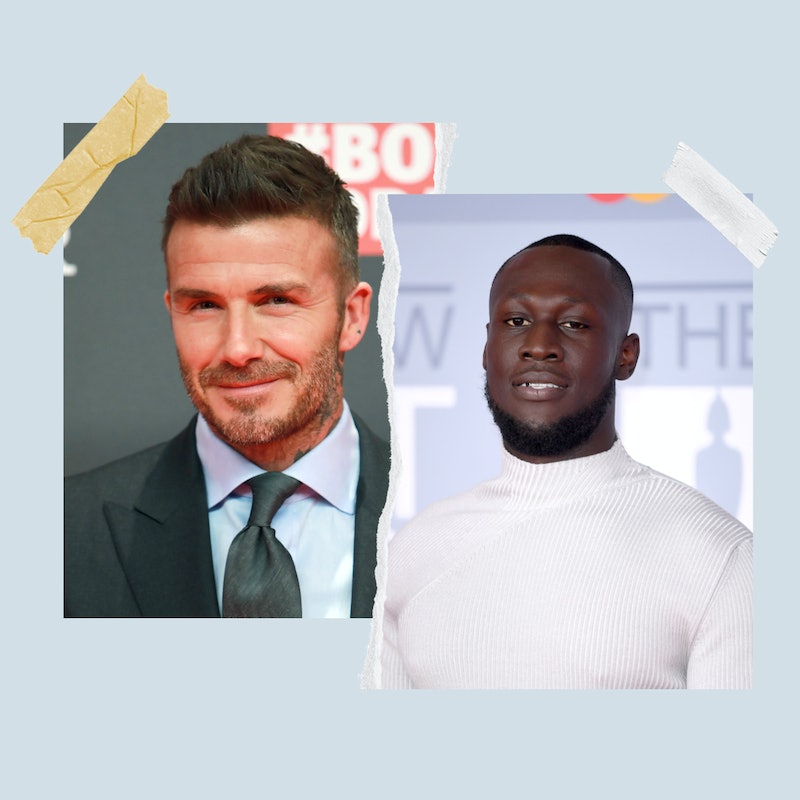 If rumours about an upcoming album are correct, Stormzy is back — and his return to music will be major. Stormzy’s upcoming third studio release will follow his hugely-successful previous album cycle, during which the “Vossi Bop” hitmaker headlined Glastonbury, released the poignant “Superheroes” music video, and dominated the 2020 BRIT Awards with his best-selling 2019 album Heavy Is The Head. Since then, the rapper has kept busy with philanthropic work and celebrating England’s brief Euros 2020 glory. But, when is Stormzy releasing a new album?

As per the Daily Mail, Stormzy — real name Michael Ebenezer Kwadjo Omari Owuo Jr. — confirmed in March 2022 that his long-awaited third studio album is set for release later this year. The three-time BRIT Award-winner made the announcement at a live performance in Cardiff, during which the words “Album 3. Coming 2022” were projected onstage.

Furthermore, reports that the “Own It” performer has called on some of the biggest British names to feature in a brand new music video emerged in April 2022, adding to speculation that new Stormzy music is indeed on the way. Bustle has reached out to Stormzy’s team for comment on the rapper’s rumoured new single and video, and will update with all the latest details.

Speaking to The Sun, an insider claimed that Stormzy is “pulling out all the stops” with his rumoured star-studded music video and has “called everyone he knows to get involved.”

“It’ll be a real spectacle,” the source teased. “It’s a great look for them to be associated with him so a lot of stars have leapt at the opportunity. It is just a case of whether their schedules align to make it work.”