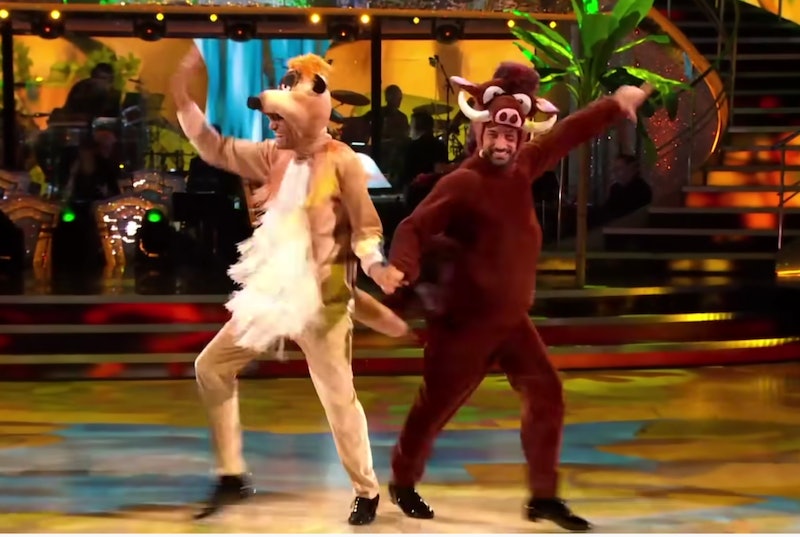 As the third week of Strictly Come Dancing draws to a close, some viewers aren’t happy about which couples ended up in the bottom two. Unfortunately, one pair had to leave, but fans of the show think that the latest eliminated celebrity was booted off before reaching their full potential. FYI, you might want to save this for later if you’re still catching up, as this piece contains major spoilers.

It was the beloved Movie Week, a now-traditional part of proceedings which sees celebrities and their professional dance partners performing routines inspired by the world of film. In the past, the themed week has given us some all time classic highlights. The Wanted’s Jay McGuiness dressed up as Pulp Fiction’s Vincent Vega and EastEnders actor Kellie Bright performed the Charleston as Princess Leia.

Though the couple earned a respectable 27 points, landing mid-table on the leaderboard, they fell short in the public vote and ended up in a dance-off. They were joined in the dreaded bottom two by The X Factor’s Fleur East and her pro partner Vito Coppola. Similarly, Fleur and Vito scored a not-too-shabby 29 points for their Little Mermaid-themed American Smooth, and some fans of the show felt that both contestants had been unfairly treated by the public vote.

Ultimately, Ritchie ended up getting voted out in the final dance off, which wasn’t without its controversy. Despite the rest of her panel choosing to save Fleur, head judge Shirley Ballas admitted that she disagreed. "Of the two couples the public put in the bottom two, I'd have saved Richie and Giovanni,” she said.

Following the shock departure, meanwhile, see below for how social media is speculating and reacting to the sad news.

More like this
Twitter Has Renamed Ekin-Su After *That* 'Dancing On Ice' Performance
By Sophie McEvoy
Twitter Can’t Make Up Its Mind About Ekin-Su’s 'Dancing On Ice' Skate-Off
By Sophie McEvoy
'The Traitors' Is Officially Being Turned Into A Board Game
By El Hunt
Is Winter 'Love Island' Flying Too Close To The Sun?
By Jason Okundaye
Get The Very Best Of Bustle/UK
Sign up for Bustle UK's twice-weekly newsletter, featuring the latest must-watch TV, moving personal stories, and expert advice on the hottest viral buys.