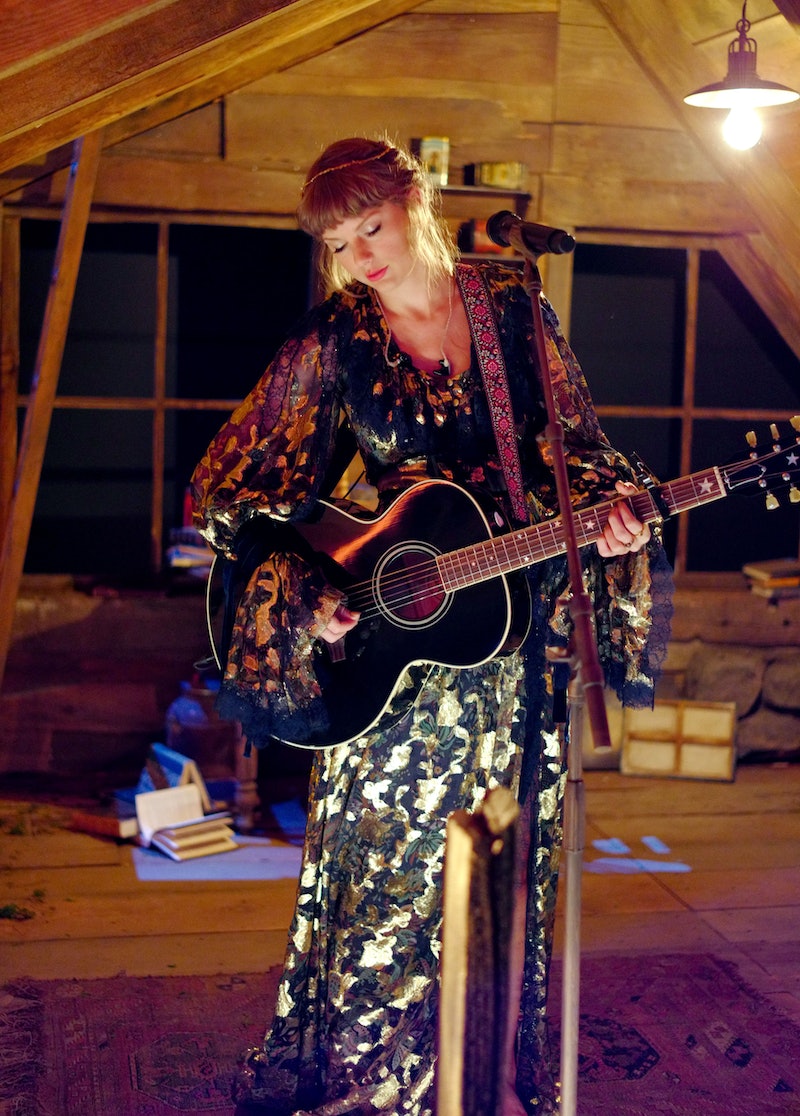 Nominated in six categories, including two of the big four, this year’s Grammys is a major night for Taylor Swift. For her performance, Swift took viewers to the woods to live out their full cottagecore fantasies inspired by the imagery of her recent albums, folklore and evermore. She was joined by both albums’ collaborators Aaron Dessner and Jack Antonoff to deliver a show-stopping medley of songs from her two latest albums, including “Cardigan,” “August,” and “Willow.”

Laying on her back in scenic greenery reminiscent of the #1 hit’s music video, Swift opened with “Cardigan.” Then she got up to reveal a log cabin underneath her, in which Antonoff and Dessner were playing piano and guitar. Picking up a guitar, Swift joined them indoors to play “August.” Finally, the trio exited the cabin to perform “Willow” in front of it with a twinkling backdrop behind them.

Swift’s nominations at this year’s ceremony include Best Pop Vocal Album and Album of the Year for folklore, Best Pop Solo Performance and Song of the Year for “Cardigan,” Best Pop Duo/Group Performance for “Exile” with Bon Iver, and Best Song Written for Visual Media for “Beautiful Ghosts” from the 2019 film adaptation of Cats. In a video released by CBS prior to the ceremony, Swift teased that Dessner and Antonoff would be playing live alongside her for the first time since they filmed the Disney+ special Folklore: The Long Pond Studio Sessions. “You know, we've only gotten to be together in the same room once,” she said, referencing the fact that the trio worked on folklore remotely. "And so, this is really awesome to get to be together with them again."

The Grammy’s executive producer Ben Winston spoke to Entertainment Tonight earlier this week after seeing Swift’s rehearsal. “It’s an amazing performance,” he said in the interview. “It's genuinely, like, magical. I was grinning ear to ear.” He described the singer’s performance concept as “ambitious,” “brilliant,” and “beautiful” and predicted that it would “be one of the moments of the night, no doubt.”