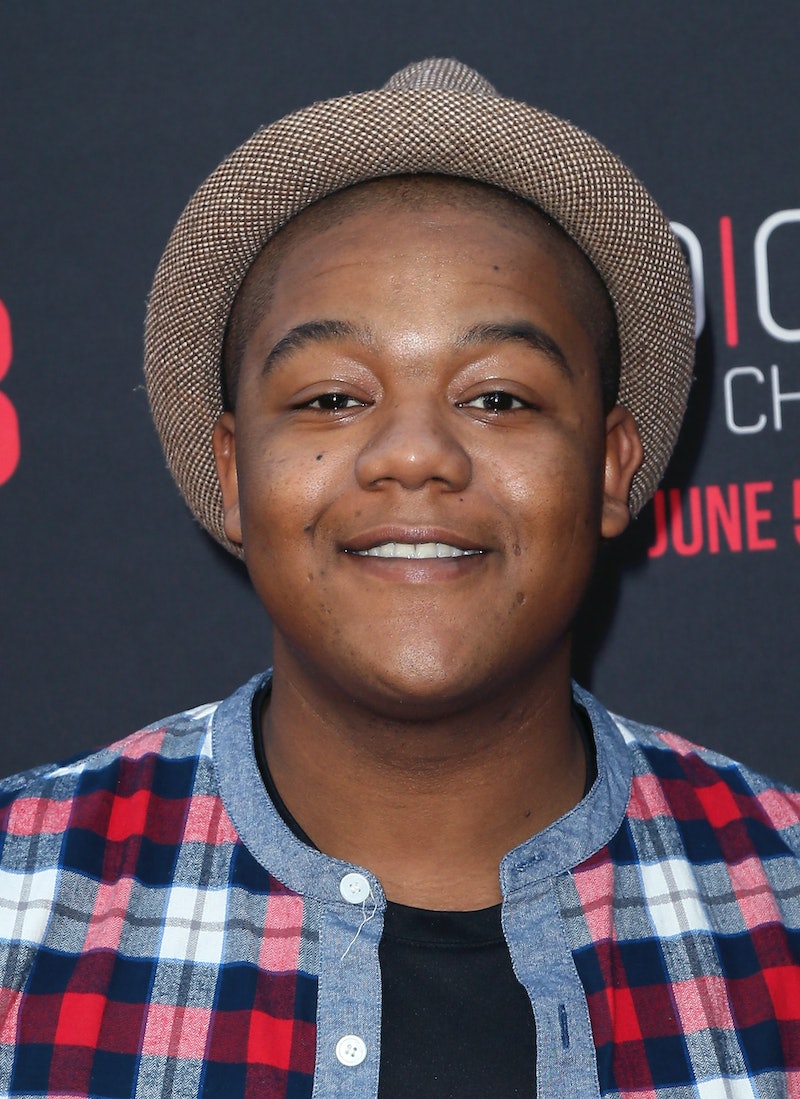 Talk about spilling the beans! During an appearance on Christy Carlson Romano's YouTube show, That's So Raven star Kyle Massey revealed he almost played Beans on Even Stevens — which would have made him Romano's costar during the show's three-year run in the early aughts. The actor appeared on Romano's online cooking show, Christy's Kitchen Throwback, where they reminisced about their 20-plus year friendship, which began when they were both child actors on the Disney Channel.

"I don't even know if you know this story," Massey said, after Romano asked him how old he was when he started acting. "I was supposed to be on Even Stevens as Beans. I swear, I was supposed to be Beans. And then, I didn't get [the part], and that's why I made it straight to That's So Raven. ... I don't think anyone knew that, in the world." If that bit of Disney Channel trivia blew your mind, you're not alone: "No way! I never even knew this!" Romano said, before revealing that the two shows were connected by the same production team.

"Our executive producers produced Raven, and so they knew how talented and awesome you were because of [your audition for] Beans," she added. While the pair didn't end up appearing on the same show, Romano and Massey did spend a lot of time hanging out together during their Disney days. "You guys used the Even Stevens set to shoot the pilot of That's So Raven," Romano recalled, adding that because they had the same creative teams, "we're basically like the same family."

Besides, thanks to his time on That's So Raven, Massey was able to help make history with the role of Cory Baxter. "I think Mark [Warren, the executive producer] and them are just geniuses," Massey said. "They took the chance to make an all-Black show, which turned out to be the first syndicated show — 100 episodes — with an all-Black cast. They made a funny scenario, a funny character, and they just chose to have Raven [Symoné] play it, and they surrounded her with people that were of equal talent. We just happened to be ... classified as [a Black show], but it was just a [good] show."

Despite That's So Raven's enduring legacy — and Massey's own spinoff show, Cory in the House, which ran from 2007 to 2008 — the actor hasn't made an appearance on the recent reboot, Raven's Home. "I spoke with Raven a few weeks ago but we haven't officially secured anything," Massey told Perez Hilton in 2017, shortly after the reboot series was announced. "I would always be down to do a guest spot on her show. Raven can make it happen. Hell who knows I might have to bring Cory In The House back with a fake [Donald] Trump as president lol you never know! Just know it's always a party when you get the gang back together."

Still, Massey has been staying busy, directing and producing a variety of projects over the past few years, and even acting on shows like Gotham and Being Mary Jane and providing voices for animated projects like Teenage Mutant Ninja Turtles. And, of course, he's still involved with the Disney Channel, even after all these years. "I do Fish Hooks, which is an animated series for Disney," he told Romano, adding, "I'm still working for Disney." Here's hoping that Massey sticks with Disney for a long time come — and that Disney+ adds Cory in the House to its streaming catalog very soon.

More like this
'Friends' Star Maggie Wheeler Offers Support To Matthew Perry After Reading His Memoir
By Alyssa Lapid
Anne Hathaway Shared A "Thrilling" 'Princess Diaries 3' Update
By Darshita Goyal
The 'Scream 6' Trailer Shows Off Hayden Panettiere's Return & Ghostface In NYC
By Jack Irvin and Jake Viswanath
This 'Gossip Girl' Wardrobe Error Has Gone Viral On TikTok
By Alyssa Lapid
Get Even More From Bustle — Sign Up For The Newsletter
From hair trends to relationship advice, our daily newsletter has everything you need to sound like a person who’s on TikTok, even if you aren’t.