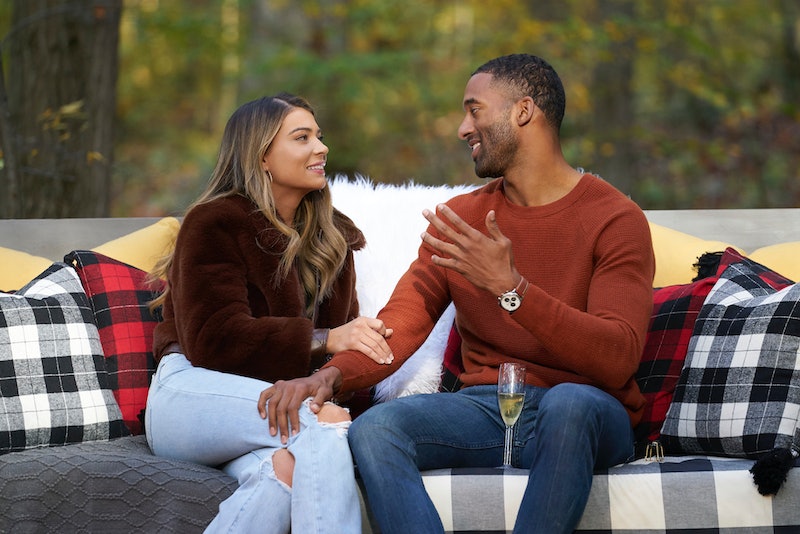 Despite a strong connection with Bachelor Matt James, frontrunner Sarah Trott left the show on the Monday, Jan. 18, episode of the reality series. Exacerbated by tensions from women who ganged up on her, Sarah decided to return home to care for her ailing father amid his battle with ALS. In the wake of the drama, Sarah threw shade at contestant Victoria Larson (aka "Queen Victoria") on Instagram with the ultimate proclamation: "Real queens fix each other's crowns."

The 24-year-old broadcast journalist expanded on the quote in the caption, which was about lifting other women up rather than bringing them down. "We see the quote 'women supporting women' all the time on the internet but what does that really mean?" Sarah mused. "To me, it means sharing encouragement instead of judgment. Refraining from negative comments even when it's sometimes easier to say something mean instead of something nice."

"It does NOT mean you have to pretend to like everyone always," she continued. "That's impossible. But it DOES mean being a good person, keeping your head up and refraining from degrading another human being. You never know the internal battles another person is going through." Sarah closed out her letter by calling on others to "just be a decent, kind individual."

Tensions were high in Monday's episode after Sarah interrupted a group date despite already having secured a one-on-one with Matt. The other contestants called her "calculating" and "manipulative" — egged on by Victoria, who similarly targeted the now-eliminated Marylynn Sienna with her tactics last week.

Ahead of her decision to leave, Sarah told Katie that while she does have strong feelings for Matt, she may not be "cut out for this." Later, after saying her goodbyes, Sarah tearfully explained how she came to her decision. "My dad is everything to me," she said. "I think he wants me to be happy and find love. So, it's not just because of my dad's condition, it's the tension in the house." She added, "Matt deserves the best and I don't feel my best. I want him to have everything and more than what he came here for, but I don't think it can be with me."