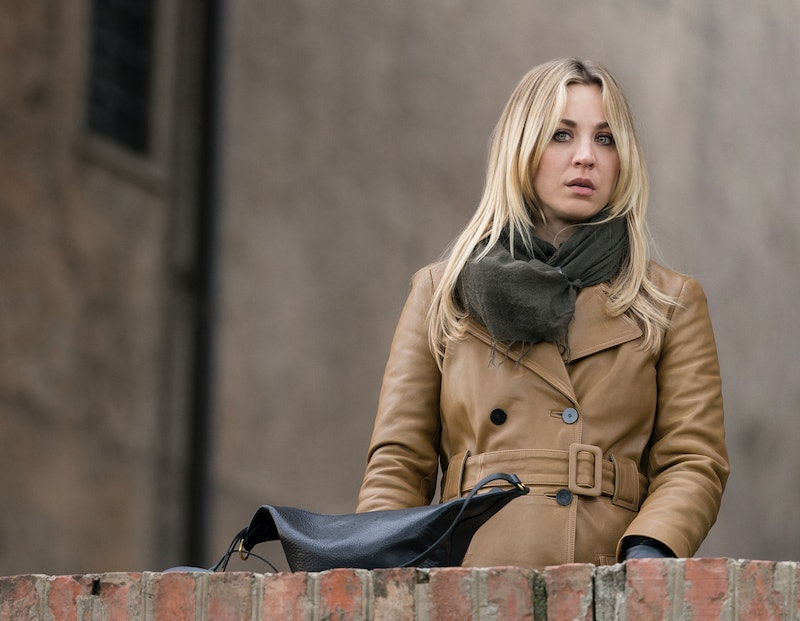 Get ready to see a whole new Cassie Bowden (Kaley Cuoco) in The Flight Attendant Season 2 — well, sort of. Returning after a two-year break, the new season follows Cassie living a life of sobriety in Los Angeles while she tends to her houseplants, acts responsibly as a flight attendant — no more stealing the travel-sized alcohol! — and dates a sweet and stable man played by Santiago Cabrera. But at the same time, she’s now moonlighting as a CIA asset. Without the alcohol to take the edge off, Cassie finds herself seeking out new thrills on the job, and it’s not long before she gets herself entangled in yet another wild conspiracy.

If you can’t recall how she ended up with the CIA or why her sobriety is such a big deal, here’s a quick recap of Season 1 before you dive in to Season 2.

The mystery at the heart of The Flight Attendant is figuring out who killed American businessman Alex Sokolov (Michiel Huisman). When we meet Cassie, she’s a reckless American flight attendant who hardcore drinks and parties — to avoid, we later learn, her childhood trauma over her dad’s death. On a flight bound for Bangkok, she meets Alex; they flirt, wander the streets of Bangkok together, and wind up in bed. But the next day, Cassie wakes up next to Alex’s dead body, with blood on her hands and no memory of what happened the night before. In a panic, she tampers with evidence and flees the scene. She pretends to go back to work like normal, but she starts to spiral when the FBI brings the cabin crew in for questioning.

Desperate to clear her name, she starts to investigate on her own and enlists the help of her lawyer friend, Ani (Zosia Mamet). She barges into the Unisphere headquarters, where Alex used to work, and gets a secretary drunk to find out more information about Miranda (Michelle Gomez), Alex’s mysterious associate who drank with them. She eventually finds out that Unisphere has a shell company named Lionfish and asks Ani’s boyfriend Max (Deniz Akdeniz) to hack its servers. She also attends Alex’s funeral and only narrowly escapes when Ani calls in some connections to the mob (an act that causes Ani to later leave her firm in disgust).

The whole time this investigation is happening, Cassie is having full blown conversations with Alex in her head — or rather, her thoughts are taking on the image of Alex. By “speaking” to him, she’s able to work through her guilt and puzzle out what happened that night.

She initially accuses him of being a terrible person, but we eventually learn that Alex discovered that Lionfish was selling missiles and tried to stop it by hiding money, concealing codes to the money’s location in a copy of Crime and Punishment. Miranda, meanwhile, was the reason Alex found out about the shady dealings, and she was trying to keep him safe before her boss, Victor, and his sadistic hitman, Felix, killed him for the codes.

Cassie Gets Closer To The Truth

The Sokolovs soon realize that Cassie is close to figuring everything out. Her home is ransacked, and the secretary that she pressed for information turns up dead. After Cassie and Max investigate Alex’s apartment and find an address for Lionfish, Max is also intentionally run over by someone. He survives, but Ani becomes furious and cuts Cassie off.

Cassie eventually mends fences with Ani and her brother Davey (T.R. Knight), whom she finally admits she and her father treated terribly. She comes to acknowledge that her childhood wasn’t perfect; her dad was alcoholic and abusive to Davey, and their habit of bonding over beers wasn’t healthy. She also realizes that her dad’s death — a drunk driving accident — wasn’t her fault, and she has to break the cycle of trauma by getting sober.

At the same time, Miranda realizes that she and Cassie have the same goal — to catch Alex’s killer — so she approaches Cassie with the offer to team up. Together, they discover that Cassie’s hookup Buckley (Colin Woodell) is actually the hitman Felix, and he was the one who killed Alex by disguising himself as a hotel worker. He tailed Cassie because she took the Crime and Punishment book without realizing its value.

Miranda agrees to follow Cassie’s scheduled flight to Rome so they can take out Felix together, but Miranda misses her own flight and arrives too late. Cassie ends up trying to kill Felix with the help of her new friend-with-benefits Enrico (Alberto Frezza), but they are both saved by Cassie’s flight attendant co-worker Shane (Griffin Matthews). Turns out that Shane works as a double agent for the CIA, and his bosses were impressed with her work. They offer Cassie a position with the agency, while Miranda disappears into the night.

While all this is happening, Cassie’s co-worker Megan (Rosie Perez) goes through her own scandal. Bored with her life, Megan decides to download some files from her husband’s work computer in exchange for money. She realizes too late the files are government contracts for weapons, and the buyers are North Korean. So she uses their airline’s scheduled Rome trip to go on the run — but not before she confesses to Cassie what she did. Considering Shane tells Cassie that the reason he was undercover was actually to keep tabs on Megan, we can only assume this plot point will play a role in Season 2.