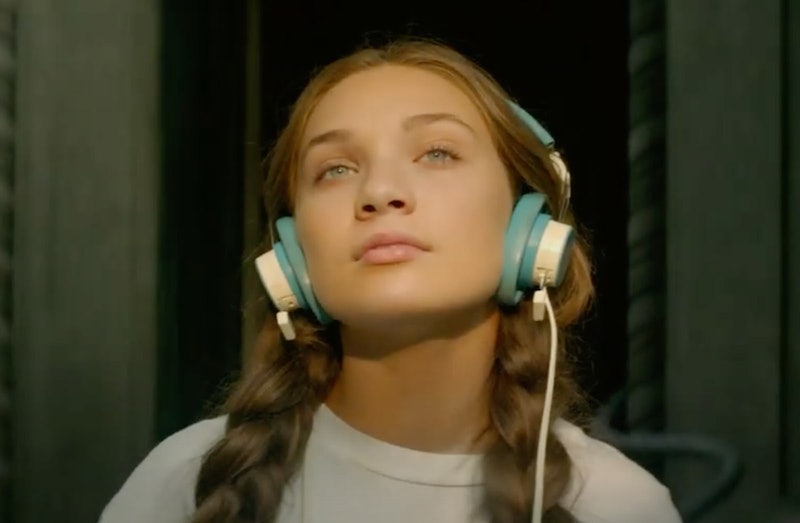 Awards season is never dull. The Golden Globes sparked outcry with the nomination of Music, Sia's film that has been criticized by the Autism community for not casting a neurodivergent actor in its lead role. The musical film — which will arrive in theaters Feb. 10 — earned two nominations on Feb. 3, one for Best Motion Picture, Musical or Comedy and one for star Kate Hudson. The actor plays Zu, a newly-sober woman, who becomes the guardian of her half-sister Music (played by Sia's frequent collaborator Maddie Ziegler), a teen on the Autism spectrum, following the death of their grandmother.

"This movie is a love letter to everyone who has ever felt they didn’t have a voice. What an incredible, exciting and unbelievable experience," Sia wrote on Twitter shortly after the nominations were announced, before thanking the Hollywood Foreign Press Association for recognizing her directorial debut. "Congratulations to all the cast and crew, and thank you to the Hollywood Foreign Press. What an honor!" Others, however, were less than thrilled by the nominations, and the announcement was met with criticism from members of the Autism community.

"By nominating Sia’s Music in any capacity, the Golden Globes condone using restraint on autistic individuals and casting neurotypical actors in roles not made for them. this is a major act of violence against the autistic community, not a celebration," playwright Hayley St. James wrote on Twitter, following the nominations. Many social media users joined St. James in sharing their own disappointment in seeing Music honored by the HFPA, especially following Sia's fiery defenses of her film and casting choices.

On Nov. 19, when Sia shared the first clip from Music on social media, the singer was called out for excluding neurodivergent actors and actors with disabilities from a movie that ostensibly centers their stories. "I cast thirteen neuroatypical people, three trans folk, and not as f*cking prostitutes or drug addicts but as doctors, nurses and singers," the singer tweeted in response to the backlash. "F*cking sad nobody's even seen the dang movie. My heart has always been in the right place." After one Twitter user noted that "several autistic actors, including myself" were ignored in favor of casting neurotpical actors, Sia fired back in a since-deleted tweet, "Maybe you're just a bad actor."

Despite the fact that her response was considered inappropriate by many, the singer continued to defend her film, writing, "I actually tried working with a beautiful young girl non verbal on the spectrum and she found it unpleasant and stressful. So that’s why I cast Maddie." A month later, the singer doubled down on her decision to cast Ziegler, explaining in an interview with Australia's 10 News First that the film's musical numbers required someone with the dancer's talent and skill. "There is no way I could have used someone of [Music]'s level of functioning to play her," Sia explained, according to ET Canada. "I also needed a dancer, for [the character's] imaginary life."

In January, Sia told Australia's Sunday Project, that she didn't feel she could make a project without Ziegler by her side. "I realized it wasn't ableism, I mean it is ableism I guess as well, but it's actually nepotism because I can't do a project without her," she said. "I wouldn't make art if it didn't include her." The singer also stated that she consulted with "medical experts" on set who praised Ziegler’s performance. "I realized I couldn't really protect her from that, which I thought I could."

In addition to her casting choices, Sia was called out for working with the controversial organization Autism Speaks while working on Music. "Autism Speaks came on board long after the film was finished. Four years in fact. I had no idea it was such a polarizing group!" Sia wrote on Twitter in November. "Grrrrrrrrrr. F*ckity f*ck why don't you watch my film before you judge it? FURY."

More like this
The 'Love, Lizzo' Harry Styles Scene Is Just 1 Moment That Made Fans Feel Seen
By Brad Witter
Olivia Wilde & Harry Styles Are Reportedly "Taking A Break" After Almost 2 Years
By Jake Viswanath and Radhika Menon
The Truth Behind Olly Murs' Controversial "I Hate You When You're Drunk"
By El Hunt
Watch David Beckham Belting Out Mariah Carey’s “All I Want For Christmas”
By Catharina Cheung
Get Even More From Bustle — Sign Up For The Newsletter