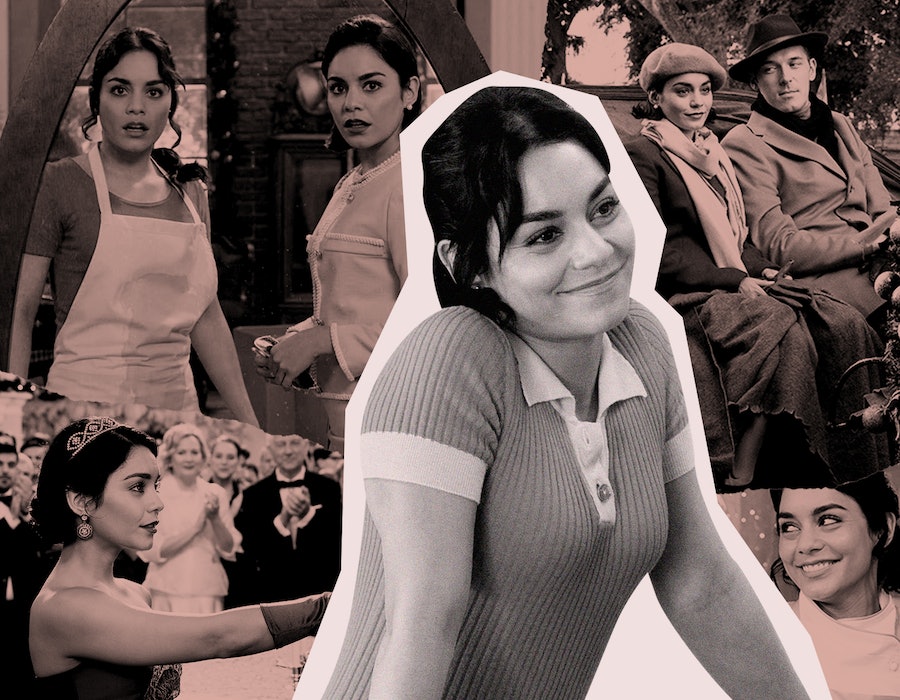 If, like me, you have spent the last few months allowing the Netflix algorithm to massage your brain into tenderized veal-meat mush, you are no doubt more than ready to reinter the world of The Princess Switch and enjoy its sequel, The Princess Switch: Switched Again.

For the uninitiated, the first of the series stars Vanessa Hudgens in dual roles: first as the Duchess of an imaginary country betrothed to the prince of an equally imaginary country and second as a baker named Stacey who swaps places with her doppelgänger in Prince-and-the-Pauper-style hijinks.

(This isn’t entirely relevant, but the American Vanessa Hudgens is from Chicago, and for the life of me I cannot figure out what Netflix’s thing with Chicago is. Between this and Emily in Paris, is there like a giant bell in the Netflix office that someone gets to ring every time they come up with a flimsy excuse to use an establishing shot of the Chicago River? Even A Christmas Prince, which begins in New York, accidentally starts with an establishing shot of the Chicago River, with Chicago flags clearly visible. Wild.)

As you probably can guess from the description of the plot and the fact that it’s a made-for-streaming movie, American Vanessa Hudgens falls in love with the prince who European Vanessa Hudgens was supposed to marry, and they live happily ever after. The movie is bland, forgettable, and inoffensive, a Hallmark film by proxy, and I all but expected its sequel (in which a third, evil Vanessa Hudgens is introduced into the mix) to be the exact same. And it mostly was! The most interesting thing about it was how deeply boring the male lead is and how the chemistry between him and Vanessa Hudgens is less “chemistry” and more “stranger behind you in line at the DMV."

This is the most egregious example of in-universe incongruity since the shameful use of Julia Roberts in Oceans 12 as a woman who pretends to be Julia Roberts.

Up until the final few moments of The Princess Switch: Switched Again, I was content as a passenger on the giant spaceship from Wall-E, blankly glancing up at the screen every now and then and letting its non-jokes serve as background noise while I scrolled through Twitter on my phone. I was content. I was in the Matrix, placidly munching on imagined steak, letting what may or may not be the real world happen outside my periphery and understanding. I was chained to Plato’s cave wall and happy to have the shadows as idols. One more blue pill, please, my good sir.

But then it happened.

I should start with a bit of context: As an exercise in cross-promotional synergy, during the first Princess Switch movie, our heroine, Stacey De Novo, plops onto a couch and commandeers the remote to scroll through Netflix (in the movie!) before landing on her “favorite” Christmas movie, A Christmas Prince, the Netflix original that had come out one year prior. Within the film The Princess Switch, the fictional character, Stacey De Novo, watches A Christmas Prince.

Fine. It's a little bit shameless in its product placement, but I didn’t come to Netflix’s B-holiday rom-coms for their artistic integrity. All was okay. Until the end of The Princess Switch: Switched Again, when the European Vanessa Hudgens, Lady Margaret Delacourt, is crowned Queen of her own imaginary European country. And who should show up in the audience at the cathedral but none other than Queen Amber and King Richard of Aldovia, the central characters of A Christmas Prince.

This is the most egregious example of in-universe incongruity since the shameful use of Julia Roberts in Oceans 12 as a woman who pretends to be Julia Roberts.

The map of Europe simply isn’t big enough for all of the vaguely named European countries that we can pretend border Lithuania. Lithuania’s border is only so long!

The Netflix Christmas cinematic universe is falling inward! It’s crumbling at the edges like the Other World in Coraline when the Other Mother starts losing her power. Netflix is dividing by zero and going through a black hole. They thought we wouldn’t notice. They were wrong.

The consequences of universe-merging in A Christmas Prince and The Princess Switch is nothing short of dire. The map of Europe simply isn’t big enough for all of the vaguely named European countries that we can pretend border Lithuania. Lithuania’s border is only so long! Montenaro, Belgravia, and Aldovia are now all canonical locations that take up landmass on the continent and have seats in the UN General Assembly. Did they fight in World War II? Based on the maps that seem to always put these countries in the “Germany-Poland-Czech” area, I can’t imagine it went well.

But it’s not just geography that concerns me. I refuse to accept the pat response of “Oh, A Christmas Prince was a documentary in their universe!” because it absolutely is not. We watch Vanessa Hudgens watch actual footage of the actual movie starring actress Rose McIver. Netflix forced us to watch Vanessa Hudgens watch another one of their movies on screen. It happened. And now they just throw Queen Amber and Prince Richard into a cute little cameo. Did you think it would be “fun,” Netflix? Did you think it would be, “cute”? I have spent the past five days pacing in a white-walled room, scribbling notes on the paint, trying to make sense of the metaphysical conundrum they’ve forced upon us in the name in Christmas cheer. I assume the experts at CERN will have a long winter ahead of them trying to figure this out.