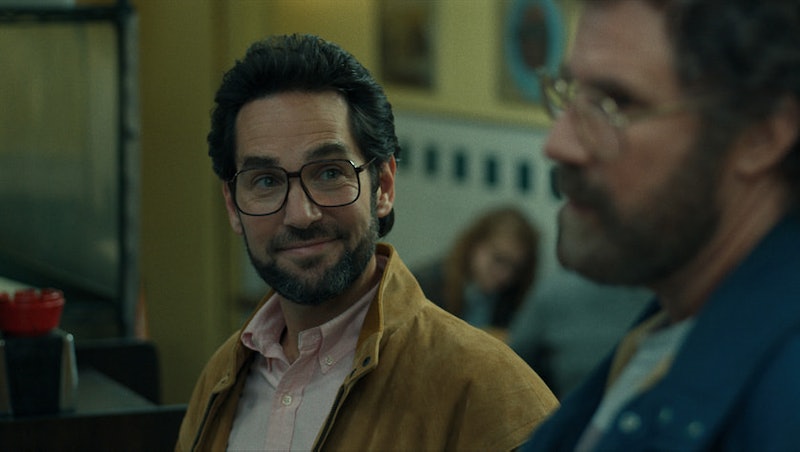 Any series starring Paul Rudd and Will Ferrell has to be hilarious, right? One would think! But if you watched The Shrink Next Door on Apple TV+, you know that the comedic besties are just as capable of dishing out dark, psychological drama. Based on Joe Nocera’s podcast of the same name, The Shrink Next Door tells the story of real-life psychiatrist Dr. Isaac “Ike” Herschkopf and Martin “Marty” Markowitz, the patient he manipulated for decades.

The show just ended, but will The Shrink Next Door have a second season? The odds aren’t exactly great, simply because this was always billed as a miniseries. (Episode 8, which aired Dec. 17, is definitively described as the series finale by Apple.) But even if Ike and Marty’s story has run its course, you might still be hoping for a The Shrink Next Door Season 2 that explores more of Ike’s scheming and twisted patient stories.

Apple TV+ hasn’t announced a second installment, but there are plenty of directions The Shrink Next Door Season 2 could go. Here’s everything we know (i.e., some lightly-educated guesses) about the possible plot, cast, release date, and more.

The Shrink Next Door Season 2 Plot

If you just finished watching The Shrink Next Door, you know that it wraps up Ike and Marty’s fraught relationship pretty conclusively — plus, a text epilogue conveys developments that have happened as recently as 2021 (like, Ike finally losing his license). So there’s not much between them left to explore.

But Herschkopf allegedly manipulated other patients, several of whom were included in a sort of post-script to the original podcast. In Nocera’s 2020 follow-up, “My Dinner with Ike,” one patient said Herschkopf used elements of her private life in his novel. In a meta twist, she even confronted him about the podcast once she found out she wasn’t the only patient caught up in his twisted practice. Her story is just one of many possible plots The Shrink Next Door Season 2 could explore, should it be greenlit by Apple TV+.

The Shrink Next Door Season 2 Cast

Though he’s an actor viewers usually love for his charm (so much that People casually named him Sexiest Man Alive), Rudd played a very un-Paul-Rudd role in The Shrink Next Door. Fortunately, if you loved seeing his acting chops at work portraying a new kind of character, you’re in luck. If The Shrink Next Door Season 2 happens, Rudd’s return seems like a given since he is, you know, the titular “shrink.” Other characters in Ike’s orbit, including his wife, Bonnie (Casey Wilson), would also be natural additions to a potential follow-up.

Even if a second season is announced, it will still be a while before we see a The Shrink Next Door Season 2 trailer. But here’s the good news: The series has an impressive record for turnaround time. The Shrink Next Door podcast, on which the show is based, wrapped its original run in 2019. One year later, production on the Apple TV+ series was already underway.

So if the streamer sees story potential in any of Ike’s other patients, like those featured in the 2020 “My Dinner with Ike” podcast update, a second season could follow in the not-too-distant future.

This post will be updated as more information on a potential The Shrink Next Door Season 2 becomes available.

More like this
'The Crown' Season 6 Has Suspended Filming "Out Of Respect" For The Queen's Death
By Bustle Staff
Everything To Know About The 'Daisy Jones & The Six' TV Series
By Maxine Harrison and Brad Witter
Here’s What Happens To Bill & Frank In 'The Last Of Us' Video Game
By Brad Witter
Twitter Is Burning As Phoebe Dynevor Reveals Daphne’s 'Bridgerton' Exit
By Sophie McEvoy
Get Even More From Bustle — Sign Up For The Newsletter
From hair trends to relationship advice, our daily newsletter has everything you need to sound like a person who’s on TikTok, even if you aren’t.